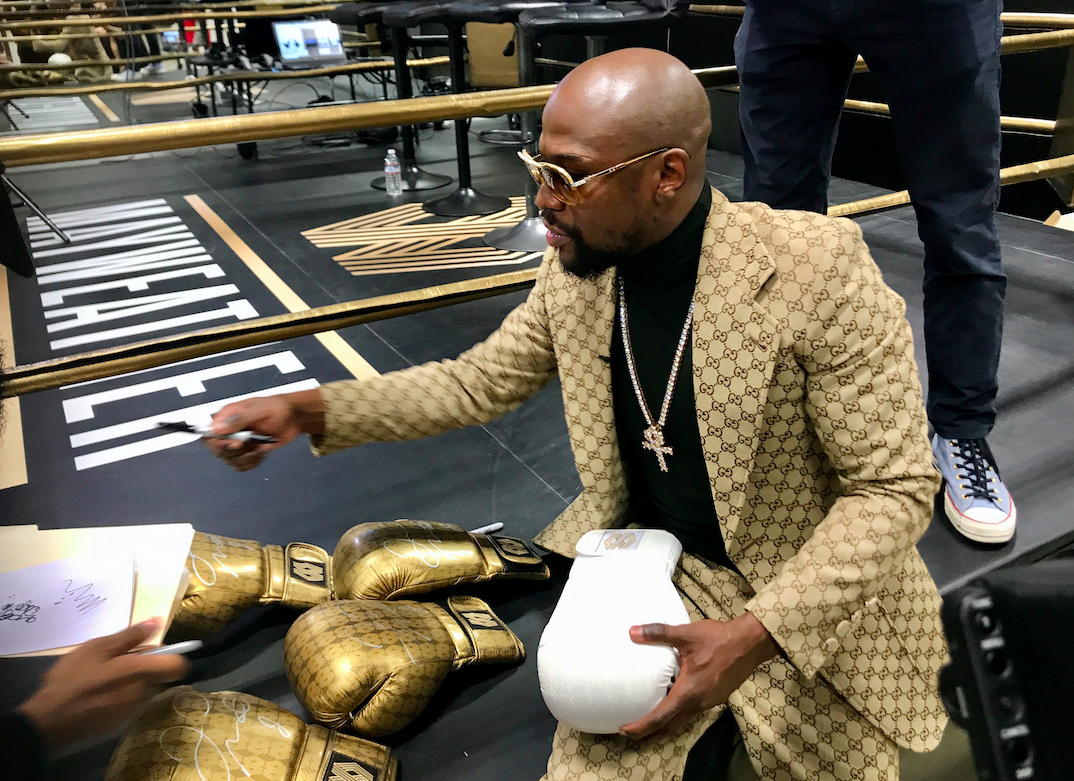 Floyd Mayweather Jr. and his crew were involved in a rather unsightly incident, with the champion boxer's guard reportedly punching a fan trying to get a photo with Floyd.

According to TMZ Sports, the incident happened on Thanksgiving eve. A video obtained by the news outlet showed Mayweather's bodyguard punching the fan later named as Juan Calderon.

Calderon told TMZ Sports that he works at a kiosk at the mall and temporarily left his booth to ask Mayweather for a photo on behalf of his co-worker. The mall employee added that the boxer rejected him rudely, so he told Mayweather and his group that they were "acting like d---s."

After that statement, one of Mayweather's men confronted Calderon about his comments.

Even though Calderon reportedly tried to shake hands with the man, the bodyguard in question approached Caldero and allegedly punched him three to five times.

Calderon told TMZ Sports that Mayweather watched him getting attacked and did nothing. He then went to the hospital to get checked out and did not sustain any brain injuries, according to his CT scan.

The mall employee did file a police report for a simple battery incident, and they arrived at the mall around 9:30 PM. However, sources close to the boxer told TMZ Sports that Calderon was antagonizing the fighter and his The Money Team, and they believe that he was looking for a fight and a lawsuit.

It is not the first time that one of Mayweather's bodyguards attacked a fan for asking for a photo.

In 2017, Mayweather and his TMT crew were leaving Roscoe's House of Chicken and Waffles at 8:00 p.m. when a 20-year-old man approached the team and asked if he could take a photo with him.

But before the man could even get close to the champion boxer, Mayweather's security guard intervened and pushed him away. That time, it was not a big deal. But TMZ Sports reported that the security also grabbed the man by the neck, pushed him up against a wall, and punched him on the face.

The boxer was able to get into his car and leave the scene a little later, but the man who was allegedly attacked by the bodyguard filed a police report. The man sustained injuries to his head, mouth and neck. He then told TMZ Sports that he was not looking for trouble, but just wanted a simple photo with Mayweather.

In another incident in 2016, a TMT bodyguard was accused of battery after snatching a phone from. A fan who was filming a video of Mayweather inside a restaurant.

If any of these people were looking for a fight, Mayweather is the wrong person to mess with. He has competed in 50 matches during his entire career and mostly won all of them.

Though he already retired in 2017, there were several reports that Mayweather is planning to fight twice next year with one of the bouts being a UFC crossover.