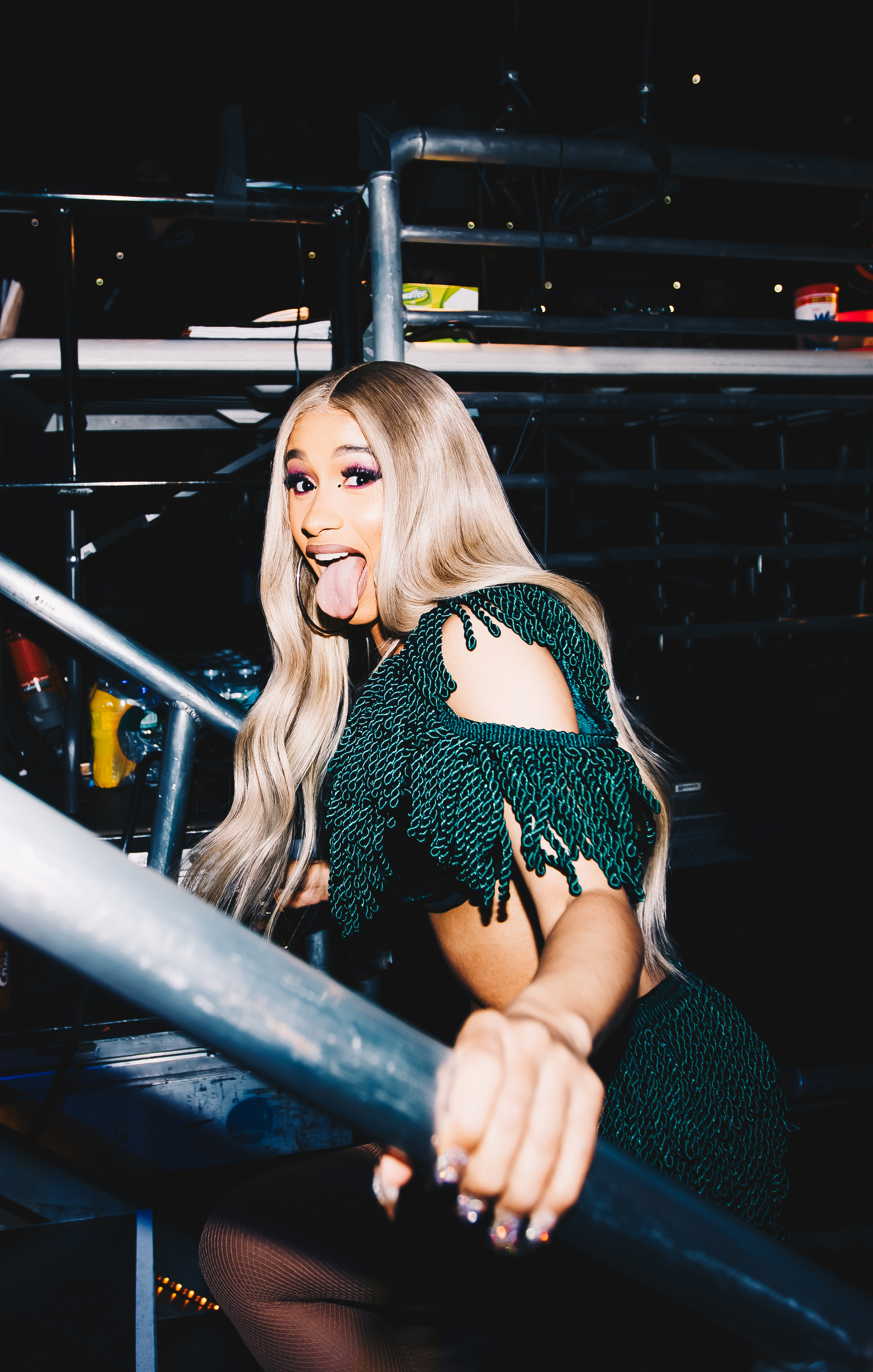 It looks like famous rapper Cardi B (Belcalis Marlenis Almánzar in real life) just put a whole new meaning to the words "all-out" when it comes to gift-giving. This is after she gave her husband, Offset, a whopping $500,000 cash birthday gift!

Cardi B went on answering her question and points out to the fridge at Offset's back, while a friend opened it, revealing the half a million cold cash! At first, the "Bad and Boujee" rapper laughed off at what he thought was his wife's joke, but as soon as he turned around and realize what was inside the fridge, their friends already had him hyped up.

Offset could not believe his eyes and attempted carrying and sniffing all the green notes. He was so stunned and speechless but did not forget to kiss Cardi B as a sign of gratitude.

Cardi B once again greeted her husband a happy birthday and made a disclaimer not to expect a Christmas gift from her anymore. The couple, who has been married for two years, finally exchanged "I love yous" before kissing.

View this post on Instagram
Little something something for the Birthday boy @offsetyrn ️ Y O U A post shared by  Cardib (@iamcardib) on Dec 14, 2019 at 6:53am PST

Offset and Cardi B are known for showing off their love for each other through extravagant gifts. During her 27th birthday, Offset gave his wife a gigantic heart-shaped ring.

In 2017, Cardi B gave him a Rolls-Royce Wraith for his 26th birthday, and a Lamborghini Urus the following year. This leaves us wondering, what else could Cardi B give him for his 30th birthday?

Offset's birthday bash did not end with the half-a-million cold cash. On the night of December 13th, they proceed to HD Buttercup in Los Angeles California and had a cash-filled strip club themed party.

The "Stripper Bowl" rapper also threw some of his cash in the air and on two dancers who gave him lapdance simultaneously. Although it is not clear how much Offset wasted at the strip club, Cardi B's video shows that the bar's floor was covered entirely in one-dollar notes and the club even provided a large bucket to clean up the stash.

As much as everybody was astounded with the rapper's generosity, some of her followers are not pleased and slammed Cardi B for wasting a massive amount of money. Others pointed out that she could have used the money to much better use like donating it to charity this Christmas.