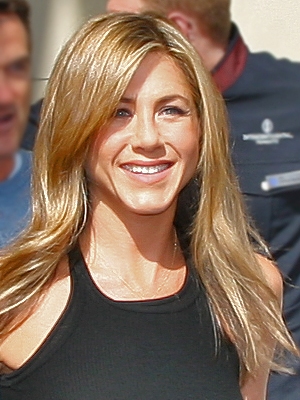 Jennifer Aniston is ready for the holidays, and the first agenda on her list was ticked last Saturday. She spent the weekend with most of her good friends and other A-list celebrities -- including a familiar face.

"The Morning Show" star threw one of her favorite parties during the holiday season. Her tree trimming party last Saturday was a huge success. It was well-attended by her A-list friends such as Gwyneth Paltrow, Jimmy Kimmel, and Kate Hudson.

Surprisingly though, included in the guest list was Jennifer's ex-husband, Brad Pitt.

According to a source, the annual tree-trimming party is one of the biggest parties Jen hosts each year. A large group of her friends attend the party. The source also told PEOPLE that Jen and ex-husband Brad Pitt consider each other friends, that is why he is in the guest list of this exclusive party.

When asked if the two were back together, the source said that they have been in touch since Jen's birthday, but they are keeping it friendly at the moment.

Jennifer and Brad: Together Again?

Back in February, the "Ad Astra" star also attended Jennifer Aniston's 50th birthday celebration. The actor, 55, was spotted at the Sunset Tower Hotel in Los Angeles. An insider told PEOPLE that the appearance of Brad Pitt in Jen's birthday celebration was simply because the two have kept a very "civil relationship."

"He would not be asked to come if they weren't in good terms," the insider added. Aniston's 50th birthday was significant, which is why only significant people in her life were there. Pitt fits in that group, so it was only natural that he would come.

Following their split, Brad Pitt dated Angelina Jolie. After 10 years of being together, the two decided to get married in 2014. However, after two years of marriage and 12 years together, they decided to call it quits.

Aniston, on the other hand, dated other men too. She married Justin Theroux but announced their split in February 2018 after two and a half years of marriage. The two have remained good friends, as Theroux remains to be one of the guests in Aniston's annual Friendsgiving dinner in lieu of Thanksgiving celebration.

Despite the fact that both of them are not dating anyone at the moment, the insider source told PEOPLE that it is highly unlikely that the two will ever get back together.

For over a decade, Brad Pitt and Jennifer Aniston have lived separately. Aalthough they probably have the same circle of friends, the two of them have grown so much that they have become different people.

They were not the same people who fell in love back in 2000. Reports said that both Jen and Brad have been over each other longer than when they were together and that "their love story is just so ancient history."

Pitt, himself, has brushed off any rumors linking him and Aniston back together. In a video shared by Entertainment Tonight back in May, Pitt was asked if he was ever getting back with Aniston, to which he simply replied "Oh my God."

Whether they get back together or not, it is all up to them. Their fans are just happy to see them happy even as friends.

READ MORE: Jennifer Aniston Says 'Friends' Allowed Her To Prove Something To Naysayers