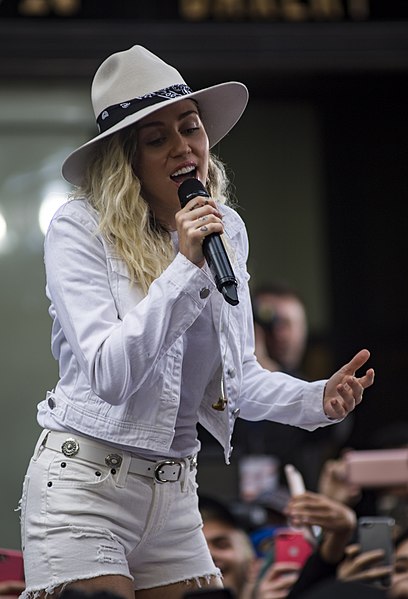 Cody Simpson and Miley Cyrus' romance is not just a short-term fling. Months after dating each other, it looks like they are both ready to take their relationship to a new level.

Although the details are yet to be released, sources told PEOPLE that the two are collaborating on new music together. The singers are working on a new musical project together, and they promise to make it exciting.

It remains unclear if Cyrus is currently working on solo music or if she is doing the collaboration with Simpson. She released one of her three planned songs earlier this year, so fans are wondering if what the couple is working on is just a song or if they are releasing an entire album.

Simpson, on the other hand, has been teasing fans about a new pop album he has been working on for months. However, in a recent interview with "E! News," he said that the album turned out something of the rock genre.

In September at the end of the New York Fashion Week, Simpson revealed that he was working towards the end of recording the first pop album he will have in five years.

Nonetheless, it looks like Simpson really has the hots for his new girl. In October, the 22-year-old Australian singer released a song entitled "Golden Thing" inspired by Miley.

"It's a golden thing we've got," the love song read. This is one of the touching lines in the said love song, and Cody referred to what he and Cyrus have as the golden thing.

Perhaps, their relationship is indeed something special. This weekend, Cyrus came to the holiday party hosted by her Happy Hippy Foundation at My Friend's Place in Hollywood with dad Billy Ray Cyrus and Cody. The three performed a special acoustic version of "Old Town Road" originally played by Billy Ray.

Miley Cyrus and Cody Simpson reportedly celebrated Thanksgiving together this year. They were joined by Miley's family.

During a jam session, Miley was joined by her mother, Tish Cyrus, and her sister, Noah. Simpson joined them too while playing the clarinet.

Cyrus and Simpson only started dating in October, following the former's controversial split with estranged husband, Liam Hemsworth and ex-girlfriend Kaitlynn Carter. Although it may seem as if their relationship is like a whirlwind romance because they moved too fast, the two have been friends for years. It was only now that they truly looked at each other romantically.

Matt Zeidman, Simpson's manager, told PEOPLE that the friendship of the two is stronger than what people think they know. He admitted that the two first met while they were both in their wild phases, but he revealed that they are sober now. Their focus today is their health, work and spending a lot of quality time together.

If it were up to him, Matt thinks that the two are "pretty ideal" together.

Where will this relationship go? Only Miley and Cody can truly say. For now, their fans can bask in the good music collaborations of the two artists.