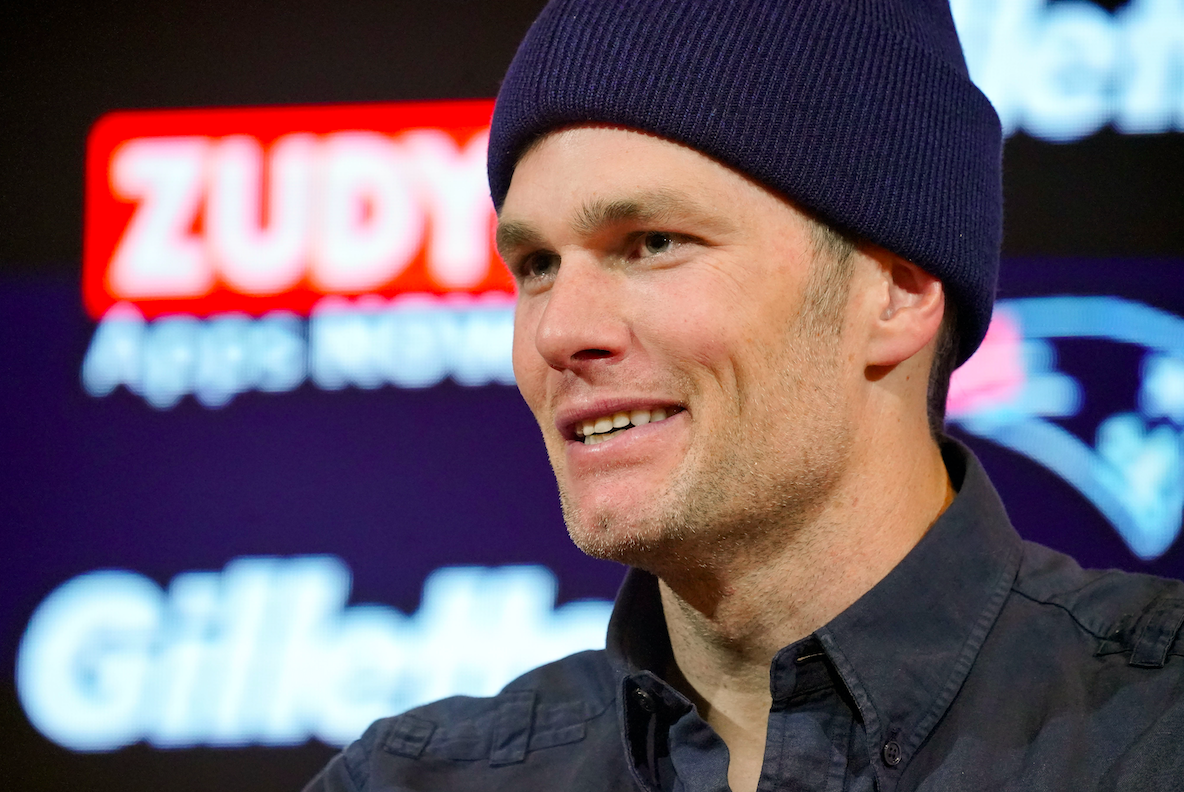 Sorry to see you go, Patriots. This is the earliest exit from the playoffs since the 2009 season.

The Tennessee Titans eliminated the defending Super Bowl champion New England Patriots from the Wild Card round of the NFL Playoffs. It was a 20-13 victory.

But Patriots quarterback Tom Brady dismissed any notion he was going to retire following their loss. He will turn 43 before the start of the 2020 season, and all eyes turn to him and his future.

According to ESPN, he told reporters in his postgame press conference that he has no plans to retire, but admitted that he doesn't exactly know what the future holds for him.

"I would say it's pretty unlikely, hopefully unlikely."

With retirement might not be a priority, Brady will have to find a team to sign with. He will not be under contract with the Patriots on the next season, so he is scheduled to become a free agent on March 18, 2020, for the first time in his profession.

He also said that he didn't want his days as a Patriot to end.

"I love the Patriots. It's the greatest organization. Playing for Mr. Kraft all of these years and for Coach Bill Belichick, there's nobody who has had a better career I would say than me, just being with them. I'm very blessed."

Brady has only played for the team in his record-breaking 20-year NFL career, winning a record of six Super Bowls, including three of the last five.

However, the Patriots QB still doesn't know if he'll be playing with New England next season.

"I don't know what the future looks like. I'm not going to predict it."

He didn't admit how he'll go through the process of what he'll be doing next.

"I just came off the field."

Apart from that, he has also complimented the Titan's performance on Saturday night, saying, "Just give them a lot of credit. They played good. They kind of stopped us when they needed at different points in the first half and the second half. We just weren't able to get the job done."

Before Brady got to Gillette Stadium, he was greeted with loud chants and signs that read, "Please, Stay Tommy."

Brady was overwhelmed and said, "I appreciate everything they've contributed - not just this year, but a lot of years. Just very grateful for the experience playing this year for the team. This organization, and throughout my career too."

He was 20-for-38 with 209 passing yards and an interception in the loss. The interception ended up being a pick-six that helped the Tennessee Titans win the game.

There was already speculation that he would retire when the Patriots lost their final game of the regular season, forcing them to play in the wildcard round of the playoffs for the first time in ten years.

Tom Brady was the 199th pick in the 2000 draft after playing college football at Michigan. But under the tutelage of Belichick, he led the Patriots to the most successful era in the franchise's history.