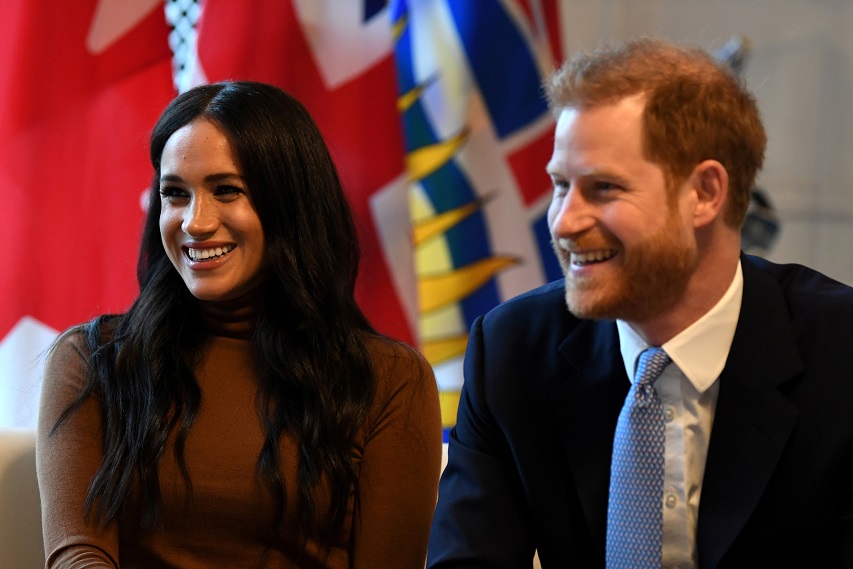 Prince Harry and Meghan Markle were a picture of a beautiful couple when they came home to the United Kingdom after a six-week rest from royal duties. However, their followers were too quick to ask where the royal baby is.

Did baby Archie come home with them? Or was he left behind?

The Duke and Duchess of Sussex are now back in the U.K., but the 8-month old Archie was not with them. According to sources who talked to PEOPLE, Prince Archie was left in Canada under the care of one of Meghan's close friends. The couple flew to London and, just a few hours since they came back, made a huge announcement about their future with the royal family.

Are They Back For Good?

The royal couple made their first public appearance since their six-week hiatus when they went to visit Canada House in London on Tuesday. The two personally wanted to thank the country for hosting their New Year Party.

Their holiday getaway may have given both Harry and Meghan enough time to think of how they want to move forward in the new year. What remains clear at the moment is that the Sussexes are planning to go back to Canada to reunite with their son soon.

It is believed that the young royal was left under the care of Meghan's good friend, Jessica Mulroney. To recall, Mulroney's three children had a special part in the royal wedding in 2018, serving as page boys and as a flower girl

Shortly after Prince Harry and Meghan made the announcement about stepping back as "senior members" of the royal family so that they could "carve out a progressive new role within the traditional institution," Mulroney expressed her support for the two in an Instagram post.

The Canadian stylist shared a quote from an American filmmaker Gina Carey: "A strong woman looks a challenge dead in the eye and gives it a wink."

At a remote vacation home in Vancouver, Canada, Harry, Meghan and Archie spent valuable family time along with Meghan's mother, Doria Ragland, and a few close friends. It was from there that the royal couple posed for their annual Christmas photo and sent out their message to the public.

During their visit to Canada House in London, Meghan revealed that the young prince was in awe of Canada's natural beauty.

"Everything was so stunning and he loved it," Meghan said, showing that the vacation meant a lot to the couple to see their child looked so happy.

The couple has a rich history with North America. Canada is part of the Commonwealth, a group of nations in the world with close ties to the Crown. Meghan has also found a home in Toronto for years, as she lived there while filming the legal drama "Suits."

Meghan was a resident there when she and Prince Harry started dating. Their first public appearance as a couple was when Meghan showed her support during Harry's Invictus Games in Toronto in 2017.

In the bombshell announcement they recently made, the Duke and Duchess of Sussex said that they are making plans to split their time between North America and the U.K. They also admitted that it took them months of internal discussions and reflections before they have arrived at their decision to step back as "senior members" of the Royal Family.

The Duke and Duchess of Sussex said they wanted more financial independence while continuing to show support to the Queen.

View this post on Instagram
"After many months of reflection and internal discussions, we have chosen to make a transition this year in starting to carve out a progressive new role within this institution. We intend to step back as 'senior' members of the Royal Family and work to become financially independent, while continuing to fully support Her Majesty The Queen. It is with your encouragement, particularly over the last few years, that we feel prepared to make this adjustment. We now plan to balance our time between the United Kingdom and North America, continuing to honour our duty to The Queen, the Commonwealth, and our patronages. This geographic balance will enable us to raise our son with an appreciation for the royal tradition into which he was born, while also providing our family with the space to focus on the next chapter, including the launch of our new charitable entity. We look forward to sharing the full details of this exciting next step in due course, as we continue to collaborate with Her Majesty The Queen, The Prince of Wales, The Duke of Cambridge and all relevant parties. Until then, please accept our deepest thanks for your continued support." - The Duke and Duchess of Sussex For more information, please visit sussexroyal.com (link in bio) Image © PA A post shared by The Duke and Duchess of Sussex (@sussexroyal) on Jan 8, 2020 at 10:33am PST

The decision to take a step back may have been brought by the controversies surrounding the couple before they left for their six-week vacation. Perhaps the change in scenario has allowed them to see that they have other options to become better and more financially independent members of the royal family.

Amidst everything that is happening and with all the changes that will transpire in the coming months, one thing remains true for both Prince Harry and Meghan Markle -- their love for Prince Archie will always remain unconditional. Soon, the three will be reunited and all will be well.