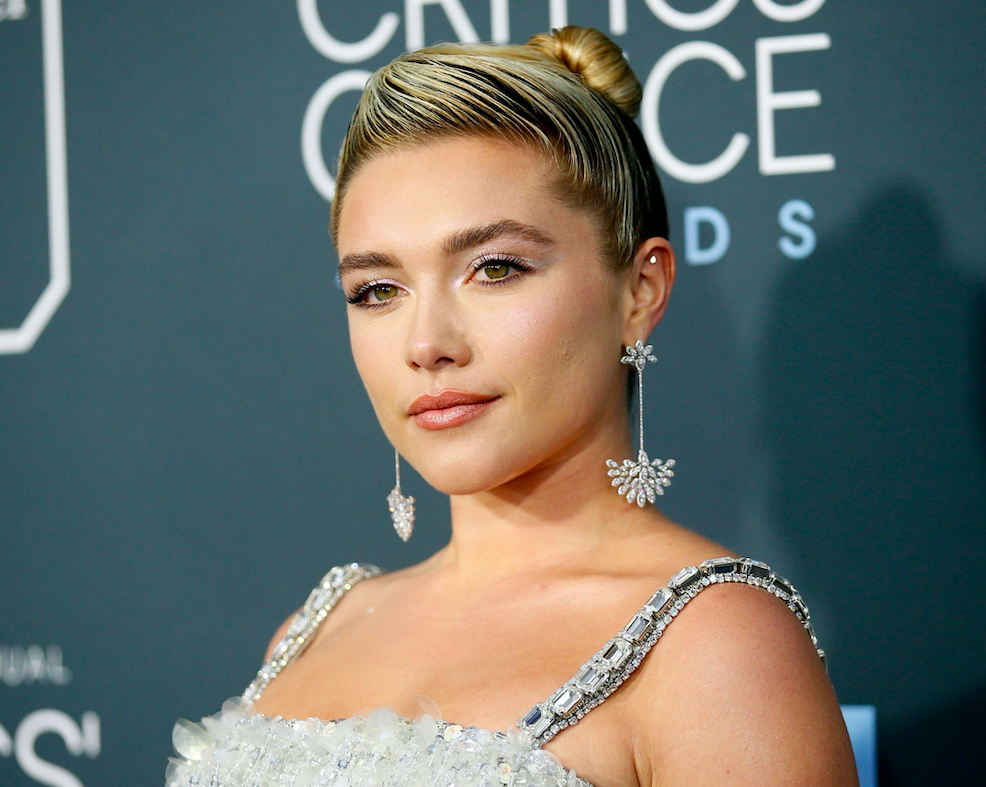 "Little Women" star Florence Pugh took to Instagram on Monday to share her topless photos when she discovered she was nominated for an Oscar.

Before the nominations were revealed, Pugh was asked by so many if she was going to be awake for the Oscars nominations reveal.

Pugh was notified by her publicist to leave her phone's ringer high so that if she were nominated, the publicist would call.

"When it was ringing, it was like.. this is it!" Pugh added.

The 24-year-old even captured the exact moment she knew she was nominated.

On her Instagram, the first photo was taken a moment before she discovered the news. Then the second photo showed the exact moment it was confirmed she had been nominated for her portrayal of Amy March in the Greta Gerwig adaptation.

The "Best Supporting Actress" nominee, who found fame in an adaptation of "Macbeth," captioned the pics, "Before the moment.. the exact moment."

Pugh made sure to cover herself with a bedsheet in one of the photos, while she artfully placed avocado emojis to cover up her exposed breasts in the other. However, she could not care less about her state of undress.

When asked why she posted the photo, Pugh shares, "I put the phone on speaker, and I was staring at the number ticking by. I had to post it. It was pure joy."

Fellow actors were quick to offer their congratulations.

Florence Pugh has some stiff competition when it comes to the "Best Supporting Actress" category for the awards show on February 9. She is competing against Laura Dern for "Marriage Story," Scarlett Johansson for "Jojo Rabbit," Margot Robbie for "Bombshell" and Kathy Bates for "Richard Jewell."

Aside from posting before-and-after photos of her finding out she was nominated for the category, Pugh told Vogue that she celebrated her nomination by having some truffle pasta.

Nontheless, when she was asked what she felt when the movie received Best Picture and Best Adapted Screenplay nominations but not for Best Director, Pugh answered she was a bit "sad."

"It's sad, of course. But it's amazing to see how deeply our film has been appreciated and acknowledged," Pugh shared. "I know that Greta is ecstatic about all the attention that the film is getting."

Speaking about her character Amy March on Junkee.com, Pugh said that she appreciates playing fascinating and interesting women.

"They don't always have to be likable. I enjoy women who have something to say, and they have a point that they represent."

Nevertheless, the Oscar nod is just a continuation of an excellent awards season for Florence Pugh. She also scored BAFTA and Critics' Choice Awards nominations for her performance as the youngest Amy March.

Sadly, she lost to Laura Dern on the Best Supporting Actress category for "Marriage Story" at the Critics' Choice Awards.