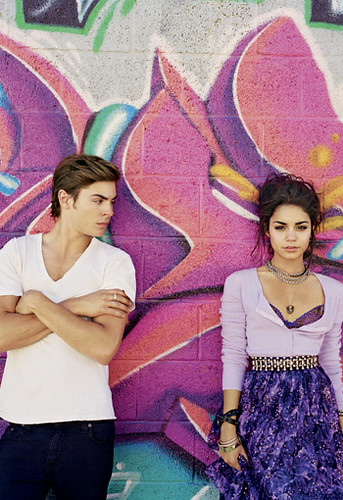 Do you believe in destiny? It may sound cliche, but some people believe in the saying that "if it's meant to be, it will be." The concept of destiny means that if something is meant to happen, it will happen no matter the odds, challenges or problems it may face.

Just like in love or finding "the one," people believe that even if two people part ways and have respective partners but they are destined to each other, the universe will find a way to bring them back to each other's arms no matter what it takes.

This past few days, we are getting some major destiny vibe on Twitter as fans sparks hope after news broke that actress Vanessa Hudgens and her boo Austin Butler reportedly split up after almost a nine-year relationship.

While some fans are deeply saddened knowing that the "The Princess Switch" star is probably heartbroken, others --especially die-hard High School Musical fans -- are rejoicing and seeing some silver lining on this bad news.

Although Vanessa nor Austin has yet to confirm their break up, fans are quick to assume that destiny is probably working the actress' way back to the arms of her ex-lover, Zac Efron.

The 31-year-old Vanessa and 32-year-old Zac met back in 2005 when they co-star in the iconic "High School Musical" trilogy. They played the role of Troy and Gabriella, whose undeniable on-screen chemistry turned into real-life as they eventually started dating while filming the show.

Their relationship went on for five years before they call it quits in 2010. After a year, Vanessa started dating Austin and went on with the relationship until today that they were rumored to be broken up.

Meanwhile, after ending relationship with Vanessa in 2010, Zac has remained a bachelor -- dating different women but never having a serious long-term relationship.

During the past nine years, "The Greatest Showman" star was rumored to have dated the likes of Lily Collins, Halston Sage, Michelle Rodriguez, Sami Miro, Alexandra Daddario, Rebecca Ferguson and Sarah Bro.

Now that both Vanessa and Zac are very much single, their solid "High School Musical" fans could not help but take this opportunity to ship back the former lovers. Their call for #ZaNessa comeback even went viral on Twitter as they ship both actors using #ZanessaReunion and #ZanessaForeverAndAlways.

Some fans are also encouraging Zac to slide into Vanessa's DMs now that she is once again single after nine long years. Moreover, others are in high hopes that they could be a couple again and realize they are actually soulmates.

In honor of Vanessa and Austin allegedly splitting up, I will have a HSM marathon today. In hopes that Zanessa will rekindle their love. #ZanessaForeverAndAlways  — Claudia A. Hernandez (@hdzclaudiaa) January 15, 2020

@ZacEfron this is your chance to get her back please GET HER BACK TO YOU #ZanessaForeverAndAlways  — I'm Aya (@MedranoAya) January 15, 2020

Meanwhile, it looks like Vanessa is taking the break up lightly as she appeared to be gorgeous as usual when she graced the red carpet premiere of "Bad Boys For Life" on Tuesday.

It is as if there were no traces of breakup on Vanessa's face as she walks down the red carpet in her old Hollywood-inspired look. She was stunning in her white gown, complete with dramatic long train, feathers, and rhinestones.