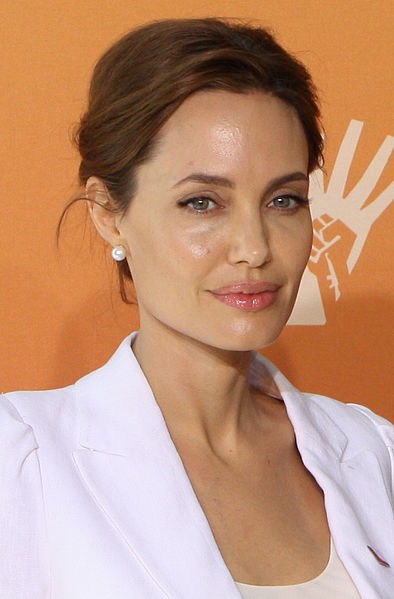 Angelina Jolie is now scary skinny as her weight plummets to barely 100 pounds. Amidst her custody battle with Brad Pitt, Jolie has not been eating right.

"Nobody around her could remember the last time she had eaten a full meal," a source told RadarOnline.

The "Tomb Raider" star is under a lot of stress as she braces herself for another round of talks with her ex-husband. Although the two have been separated for years, their battle on the custody of their children continues.

Sadly, the situation has affected her appetite.

"She is now very skinny," the insider source said. The same source added that Jolie survives in eating fruits and gallons of coffee to keep her energy up. She occasionally eats protein and gets by on a slice of fruit. What is alarming, however, is not the "diet" she is in but on the fact that the "Maleficent" actress thinks that it is healthy.

Co-parenting is the easiest arrangement for former couples who share children. Every parent wants to be there for their children and co-parenting allows them to do that despite being estranged with their former partner.

However, this is not the case for Jolie. Co-parenting with Pitt meant she could not travel anywhere in the world with their children without his permission. She had that freedom once, but Pitt is not making it easy for her now.

Jolie has always been open about starting a new life abroad, but Pitt does not want her to take their children with her. The "Once Upon A Time In Hollywood" star is firm on his decision and Jolie could not do anything about it.

In a separate interview with RadarOnline, Jolie has complained about the co-parenting set-up she has with Pitt. She revealed that she could not fully realize a "nomadic" family lifestyle that she wants for her children.

"I would love to live abroad and we will do that as soon as all my children turn 18," Jolie shared. She further explained that at the moment, the decision of where to live is based on where the father of her children chooses to live.

As a result of the tension between her and Brad Pitt, it has led Angelina Jolie to live a rather "rushed" lifestyle, according to an insider. Every other week, she would travel to Europe to L.A., bringing the kids with her when she is not working.

Such routine has reportedly stretched her to her limits.

It was at the end of 2016 when Jolie and Pitt ended their relationship in a bitter break-up. What followed was even more difficult for the former couple. They have to see each other and talk about the welfare of their children -- Pax, 15, Zahara, 14, Shiloh, 13, and twins Knox and Vivienne, 11.

Their eldest son Maddox, 18, has already chosen to live with his mom before he went off to college in South Korea.

When will this custody battle end? Angelina and Brad's children are certainly hopeful it will end soon.