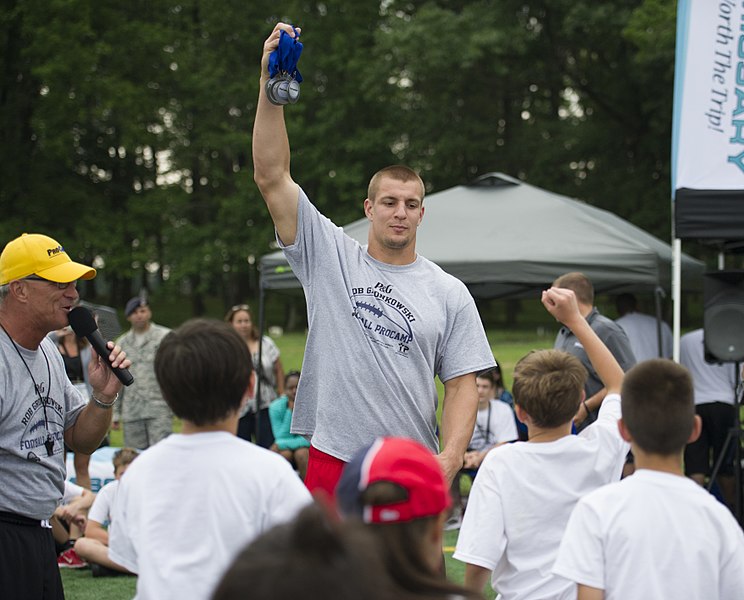 Her question was so hot and steamy, but she got the most honest answers she could get.

On Hooking Up Before Games

During a sit-down interview with the couple for SiriusXM radio in Miami -- ahead of the much-awaited Super Bowl LIV --the host asked Gronkowski and Kostek about their sex life. In particular, she asked if they have ever tried hooking up before Rob's big games.

McCarthy's taboo question was met with all honesty. "I don't know. Sometimes we would do it and there are times when we don't," Gronkowski admitted.

"The night before the game, he would have a curfew, and so, he wouldn't be able to sleep there," added Kostek. "But I surely kiss him goodbye before he left."

When the couple was asked if sex before the games affected Gronkowski's performance, the former NFL star said that he doesn't.

"No I don't think it affects my performance at the games at all," Gronk added. "If anything I feel like, when we hook up before a game, you'd be really ready to go out there. I feel less tense too."

In March 2019, Gronkowski announced his retirement from the NFL. It came a month after he helped the Patriots win the Super Bowl.

"I am so grateful for the opportunity that Coach Belichick and Mr. Kraft when they drafted by silliness in 2010," the former NFL star wrote on Instagram. He also expressed his gratitude to head coach Bill Belichick and team owner Robert Kraft.

"My life experiences both inside and outside the field over the last 9 years have been nothing less than amazing," he said.

Gronkowski also expressed his extreme gratitude to the Patriots organization for providing him with the opportunity to keep the people that he has, to build the relationships he has made, and all the championships that he had been a part of.

The athlete went on to thank the fans who have always been supportive of his games and his career all throughout.

"Thank you to all the Pats Nation around the world for the incredible support since I have been part of the organization. Now, it is time to move forward with a big smile knowing that the New England Patriots Organization, Pats nation, and all my fans will truly be a big part of my heart for the rest of my life. Cheers to the uncertain of what's next," Gronk furthered.

Since then, speculations of Gronkowski returning to the field have grown stronger. Even his girlfriend Kostek, a former cheerleader for the Patriots, hinted that it is a strong possibility.

"He is someone who likes to mess around," the Sports Illustrated Swimsuit 2019 cover girl said. "Maybe he needs to time off to heal his body and enjoy some time for himself."

READ MORE: Demi Lovato at Super Bowl: Why There Is Heavy Pressure For Her