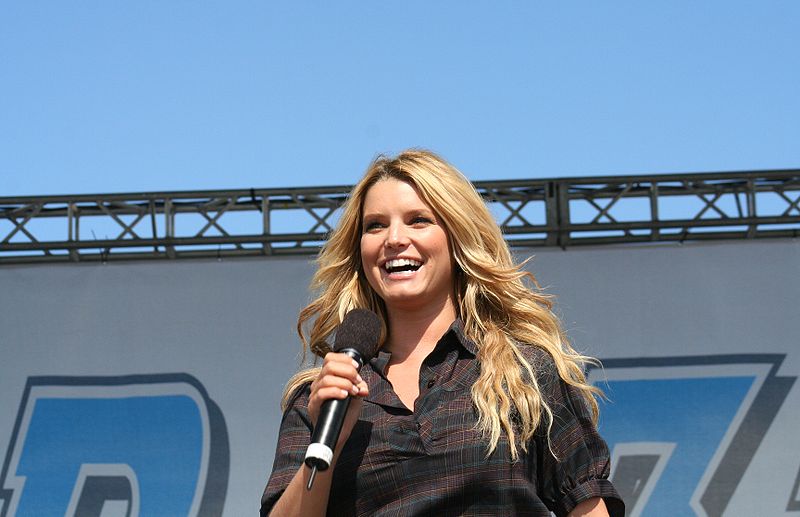 Jessica Simpson admitted she had an "emotional affair" with former co-star Johnny Knoxville.

In the singer's newly released memoir "Open Book," she revealed that she and Knoxville had an intense bond together while they were working together on the film "Dukes of Hazzard" in 2005. At that time, she was still married to Nick Lachey.

The "I Wanna Love You Forever" singer admitted to cheating with Knoxville. However, she emphasized that their relationship was an "emotional affair" because they never really got physical with each other.

"I could talk to him and share my deepest thoughts and he didn't roll his eyes on me," Simpson said. The singer added that Knoxville made her feel appreciated, telling her that she is smart while embracing all her vulnerabilities.

"He believed in me and made me feel like I could do anything," Simpson wrote.

The "Sweetest Sin" singer further expressed that she felt there was a strong force that drew them closer to each other. At that time, she wondered why she was open to the feeling, and made her feel that she could not really trust herself.

"My husband certainly didn't make me feel that way," she added of Lachey.

While the two never really got intimate physically, they were able to create a special bond between them. Simpson wrote that it was the feelings she shared with Knoxville that made everything feel like a "betrayal."

"First of all, we were both married at that time so it wasn't going to get physical," she wrote in her memoir.

"First off, we were both married, so this wasn't going to get physical," Jessixa furthered. "But to me, an emotional affair was worse than a physical one. It's funny, I know, because I had placed such an emphasis on sex by not having it before marriage. After I actually had sex, I understood that the emotional part was what mattered."

Simpson further divulged that she and Knoxville had that "emotional part," which makde things more complicated for her.

Simpson and Lachey were married together for three years before they filed for divorce in 2005.

In a recent appearance on "The Dr. Oz Show," the singer and fashion designer revealed that she does not have any relationship with her ex-husband at the moment. Lachey, on the other hand, said on the Today show that he has yet to read Simpson's memoir.

"There is a mutual respect there because it happened a long time ago. Obviously, everyone has moved on," Lachey said.