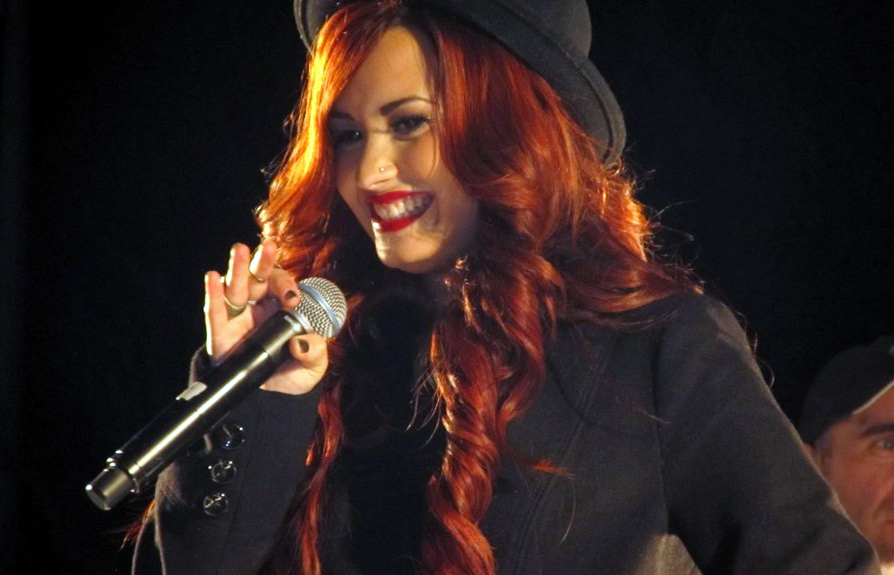 ​It seems like Demi Lovato is not only back on stage but also on the dating game.

Aside from her Grammys performance and Super Bowl national anthem presentation that marked her official comeback after going on a year-long hiatus, Demi is giving herself another welcome gift by dating someone new!

At late night on Feb. 4, the 27-year-old "Give Your Heart a Break" singer was spotted leaving SoHo House in Los Angeles, California. What seemed to be a usual routine for the singer sparked controversy after she left the L.A hotspot with Machine Gun Kelly.

Though the two were seen using their own respective cars before driving away, people started to speculate that Demi is dating the 29-year-old American rapper.

Several hours after their photographs surfaced on the internet, a bystander who witnessed the event told E! News that "Wouldn't Change a Thing" singer spent some time  at the said venue with the rapper.

"They stayed all night and didn't leave until the early morning. Machine Gun Kelly got the door for Demi as they walked to her waiting car," the eyewitness said before revealed that the two appeared to have planned their next meet up already after driving.

"He followed her in his car close to her place, and it seemed like the night would continue on from there," the onlooker went on.

In addition, another source close to Demi said that the two have known each other for years now and have spent most of their time discussing music.

Before the latest dating rumors, Demi was previously romantically linked with Austin Wilson before they decided to break up in December 019.

As soon as the rumor spread, Demi's fans took to Twitter to express their takes and show their disapproval over the alleged relationship.

One fan wrote, "Get a job. Stay away from here."

"I hope they are just friends. She really needs to take care of her self and not deal with this toxic drug-addicted men," another one tweeted.

Why is she hanging around with people like this? He does drugs too, doesn‘t he? I don‘t get why demi is around with this kinda people, when she had a past like that — Tobias (@selgothatbtch) February 5, 2020

Who is Machine Gun Kelly?

Machine Gun Kelly is the rapper behind hit tracks like "I Think I'm Okay," "Rap Devil," and "why are you here."

However, it is not surprising why Demi's fans do not like him for her. After all, he has never been shy when it comes to talking about drugs and his addicition and even raps about them regularly.

In a tweet he posted on Sept. 23, 2019, the "Hotel Diablo" rapper said that he wants to become happy someday without relying so much on drugs.

"i want to wake up and know what mood I'm going to be in. fans gave me so much love this tour it made me want to become a happier person," Machine Gun Kell said before claiming that he is determined to end his drug addiction.