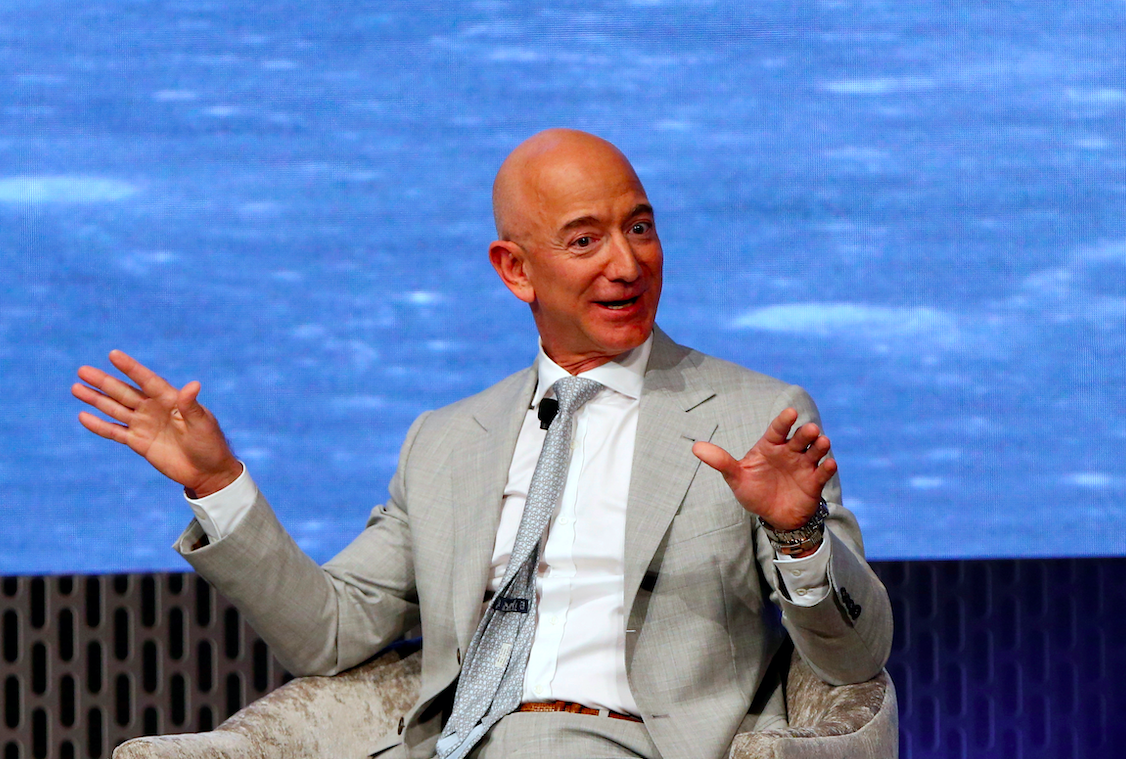 In an Instagram post, the world's richest man told his 1.5 million followers that he is giving $10 billion to establish the Bezos Earth Fund. He is expecting to start giving out grants this summer.

"This global initiative will fund scientists, activists, NGOs - any effort that offers a real possibility to help preserve and protect the natural world," the CEO wrote.

"Climate change is the biggest threat to our planet. I want to work alongside others both to amplify known ways and to explore new ways of fighting the devastating impact of climate change on this planet we all share."

However, Bezos said that it is going to take "collective action" from big and small companies, nation-states, global organizations, and individuals for the mission to be a success.

According to a ranking by the Chronicle of Philanthropy, Bezos' charitable pledge is one of the biggest ever, just behind a $36 billion commitment by billionaire Warren Buffet in 2016 and an estimated $16.4 billion pledge by the late wife of Walmart founder Helen Walton.

However, not everyone is happy with $10 billion.

In an article by Robinson Mayer at The Atlantic, he said that spending that amount of money to fight climate change is still tricky.

"The first issue is organizational. Dropping a big fat check into the water is not necessarily going to make the sharks all swim in the same direction," Robinson said.

Meanwhile, in the same article, Daniel Firger of the Great Circle Capital Advisors emphasized that donating money is not enough since there is a lot of work to be done.

"Dropping a big, fat check into the water is not necessarily going to make the sharks all swim in the same direction. It's going to be either a feeding frenzy or a total mess until things get sorted out, and unfortunately we don't have time to waste," Firger said, per The Atlantic.

However, as the article noted, the Amazon boss could use the money to run for office while supporting climate-friendly members of Congress, governors and presidents. Once he's in office, politicians could then shake loose far more than $10 billion for every state's rail projects, tunnels and everything else.

Bezos' initiative is not his first. It was reported that he was pressured by Amazon employees to do more fighting climate change initiatives.

This announcement came as more than 1,700 Amazon employees walked out of their jobs in September 2019 to support global climate change marches and called on the company to do more.

In January 2020, more than 350 employees signed a Medium blog for net-zero emissions by 2030, among other requests.

Amazon delivers over an estimated 1 billion packages per year and has subsequently been criticized for having a substantial environmental footprint.

READ MORE: Justin Bieber Opens Up About The One Big Lesson He Learned From Kobe Bryant's Passing