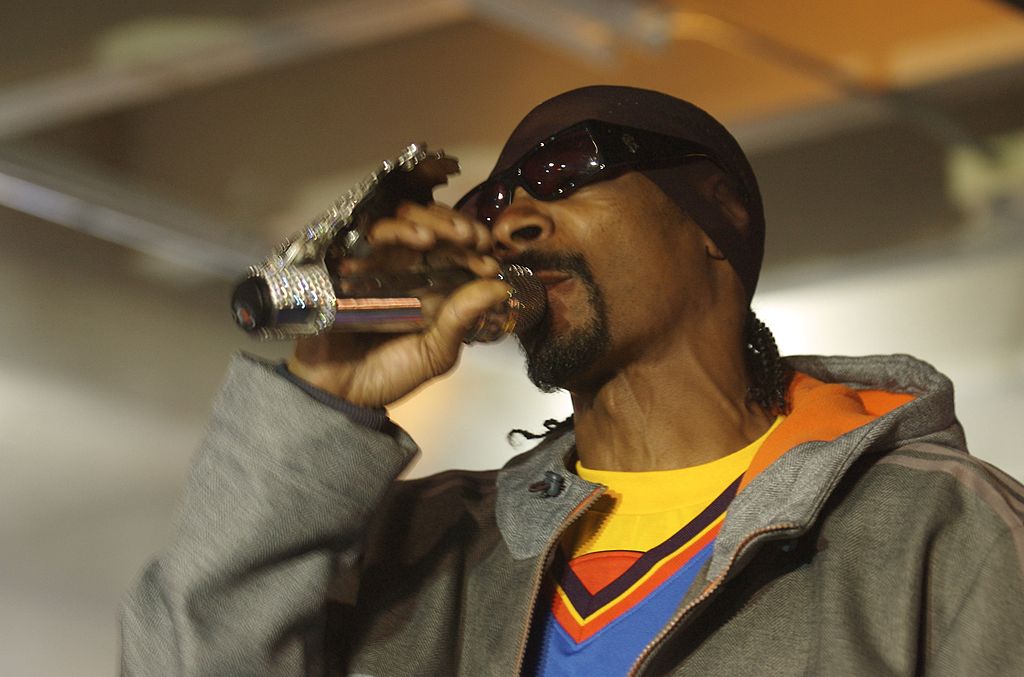 Snoop Dogg once again received some feedback after he criticised Gayle King. This time, she got some preaching from Jada Pinkett Smith.

In a teaser for an upcoming episode of Red Table Talk, Smith contronted Snoop, albeit in a rather nice way, regarding his criticism of King -- who was heavily lambasted for her scathing comments about the late Los Angeles Lakers legend Kobe Bryant.

In the short part of the interview, which will air on Feb. 26, Smith said that she was disappointed in how the 48-year-old "Drop It Like It's Hot" rapper treated King.

"When you first came out, and you said what you said, you know in regards to Gayle, my heart dropped," the 48-year-old "Angel Has Fallen" actress said before claiming that she felt like Snoop Dogg was talking to her as well.

Smith went on and shared with the rapper that his issue with King is one of the reasons why she wanted to have the conversation with him in pursuit of healing.

It came after Snoop Dogg led the list of artists who criticized the "CBS This Morning" host after her ill-mannered interview with WNBA player and Kobe's friend Lisa Leslie. King launched a line of questioning for Leslie and cornered her to share how she feels knowing that Kobe got charged with sexual assault (which was eventually dropped).

The "Young, Wild, & Free" rapper took his anger on Instagram and posted a video of his reaction. In a since-deleted video, Snoop called King a "funky, dog-haired b****" and warned her to back off before they come to get her.

Snoop let the editor-at-large know that they expected more from her, but she chose to damage the reputation of his "homeboy" who died in a horrific helicopter crash in Calabasas last Jan. 26. He later apologized to the "CBS This Morning" host and King accepted.

"I should have handled it way different than that. I was raised way better than that. So, I would like to apologize to you publicly," Snoop said.

One fan said, "It's actually wild how jada Smith made herself a victim of a situation she wasnt even in."

"It's not that deep. I'm a black woman and when i heard Snoop. I heard anger, disappointment and grief. He lost his friend in a tragic way. This was a "personal" situation between Snoop and Gayle King... who was so gutter in what she did," another one commented.

Another user stood for Snoop Dogg and clarified that the rapper's way to make King realize her mistake was not an attack on all women.

However, despite all the rebuttals from fans, there were also some netizens who addressed the issue and defended both King and Smith.

"Every woman in this comment section that thinks what Snoop said was acceptable is a disgrace," a Twitter user said. "He would never to Martha Stewart but again, the black woman is the most disrespected woman in America. Couldn't have said it better than this."

One user also claimed that because of the incident, she realized that black men have more privilege and it was proven by the non-black who sided Snoop Dogg. She went on and described that black men are "perpetual victims" so "they can do no wrong."