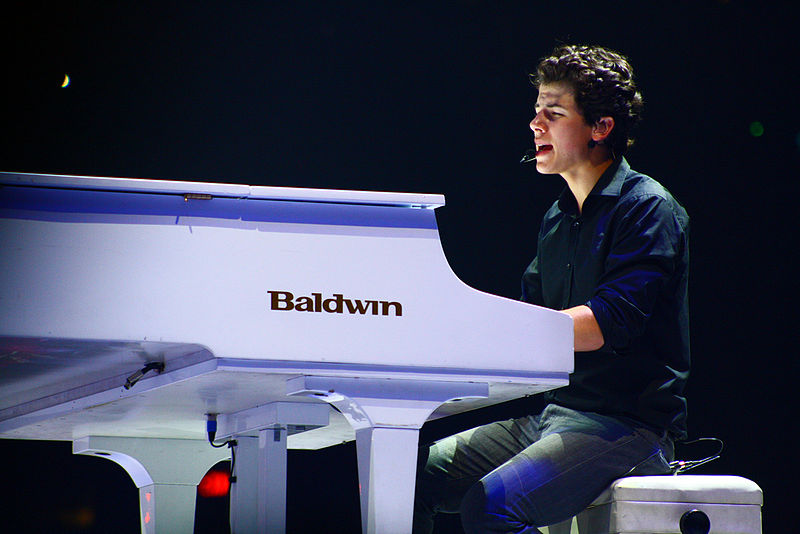 Nick Jonas is determined to make a statement as he steps in as a new coach in "The Voice."

Season 18 of "The Voice" is definitely going to be a hit as the four amazing coaches come together to mentor the best of the best.

The young singer made quite an entrance when he arrived on the first taping day of the blind auditions for the show. In the latest video posted on his Instagram page, the "Lonely" hitmaker seemingly parachuted himself at the backstage of the show while the other three judges -- John Legend, Blake Shelton, and Kelly Clarkson -- were wondering what was falling from the sky.

The scene opened when the three veteran judges of the show were talking while waiting for the last coach to arrive.

At one point in the clip, Legend asked "where's the new guy?"

As soon as he finished asking, they all looked up at the sky. A man in a red, yellow, and orange striped parachute was descending from the sky. All three looked puzzled.

When he finally made a safe landing and took off his shades, all three judges recognized him.

"That's a bit dramatic," Clarkson quipped when she recognized it was Nick Jonas.

Jonas was first wearing a navy blue overalls with his name printed on the front in capital letters. But then, a few minutes later, he ripped it off to reveal the tuxedo he was wearing underneath.

When Legend called him out to say he was a bit "overdressed" for the blind auditions, he quickly made a costume change. He ripped the suit off to reveal the casual outfit he was wearing on their first taping day.

Nick was wearing a pair of jeans, sneakers, a black shirt and a jacket in tan.  And just before the four of them entered the soundstage, Blake told Nick, "You look good, man."

It was truly a grand entrance for this new season of "The Voice." The hilarious clip accumulated over 50,000 views after 30 minutes since it was posted. So far, more than 200 Instagram users have left their comments on the post, most of them expressed their excitement knowing that Nick Jonas will be joining the show as a coach.

"I can't wait I love you so much!!!" one fan gushed at the thought of Nick Jonas on "The Voice."

Another fan who saw the video wrote, "Omg this was the best." The fan also expressed how excited she is for this season of "The Voice."

A third fan of Jonas wrote, "Good luck on 'The Voice" gorgeous coach I love you so much, babe."

The popular singing competition has established its own fan-base already. People love the show basically because it has become an avenue for aspiring and talented artists to be discovered. Moreover, the chosen coaches of the show every season adds up to that excitement as well.

Will this new season of "The Voice" be as good as the rest? Every Nick Jonas fan would definitely say YES!