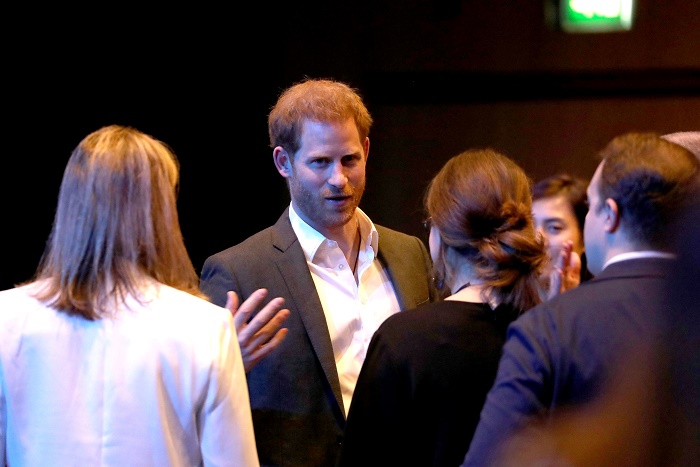 Prince Harry seemed to be following Princess Diana's footsteps after he announced that he would now be referred to as "Harry."

On Wednesday, Harry attended the Travalyst event at the Edinburgh International Conference Centre where he asked a favor from the host. He told the conference's host, former Labor adviser and broadcaster Ayesha Hazarika, to introduce him to the stage only as Harry, ultimately dropping the "Prince" from his name.

"So ladies and gentlemen, please give a big, warm, Scottish welcome to Harry," Hazarika said and did what the Duke asked.

The sudden choice certainly separated him even more from the royal family and the whole monarchy.

People would typically refer to the Duke of Sussex as Prince Harry, Sir, or His Royal Highness -0 the title he can no longer use once he steps down as a working royal on March 31, 2020.

This announcement became another bombshell headline again. However, if his mother Princess Diana was still alive, would she be happy with who he became?

Prince Harry a Rebel, Too?

According to royal author Leslie Carroll, Harry has been inspired by Princess Diana who also detached herself from the monarchy.

The author of "American Princess: The Love Story of Meghan Markle and Prince Harry" said that the Duke of Sussex was disappointed by the treatment that his wife, Meghan Markle, received from the members of the royal family and their aides.

In addition, his statement "Just call me Harry" came from the issues he saw Princess Diana faced when she maintained her royal title even after her divorce with Prince Charles.

"Harry has always been acutely conscious of the way his mother was hounded and hunted by the press, and he has been equally outspoken saying that he will not let history repeat itself with his wife and son," Carroll went on.

Although Harry started to keep a low profile with Meghan and their son Archie, he is still considered the "rebel of the royal family" for fighting for the independence of their family-of-three.

"Diana would have been so proud of him for doing this," Carroll stated. "And ironically, the prince who was such a rebel as a youth is proving he's still a rebel."

​His decision to drop even the "Prince" from his name came after the announcement that they will no longer be using even their HRH titles after March 2020.

Aside from dropping their titles, the Duke and Duchess of Sussex also gave up in pushing the monarchy to allow them to use "Sussex Royal" as their brand.

Queen Elizabeth II reportedly blocked them from using and applying for a trademark for the aforementioned brand since it is not in line with their decision to step back as senipor members of the royal family. It has also been reported that the family does not want the Sussexes to capitalize and cash in on the brand.

"Therefore, the trademark applications that were filed as protective measures, acting on advice from and following the same model for The Royal Foundation, have been removed," the Sussexes' representative stated.

It is also worth noting that reports about their new brand name emerged as soon as they gave up on the "Sussex Royal" brand.

Daily Mail reported this recently that the Markle's BFF Jessica Mulroney registered a new domain sussexglobalcharities.com under her Shoebox Project Foundation to help the couple.

Though neither Harry nor Meghan already confirmed if "Sussex Global Charities" will be their final brand name, it still looks like a promising choice, most especially since it no longer violates any law with regards to naming their future works.

READ MORE: Meghan Markle ENRAGED Over This: 'Don't Blame Me!'