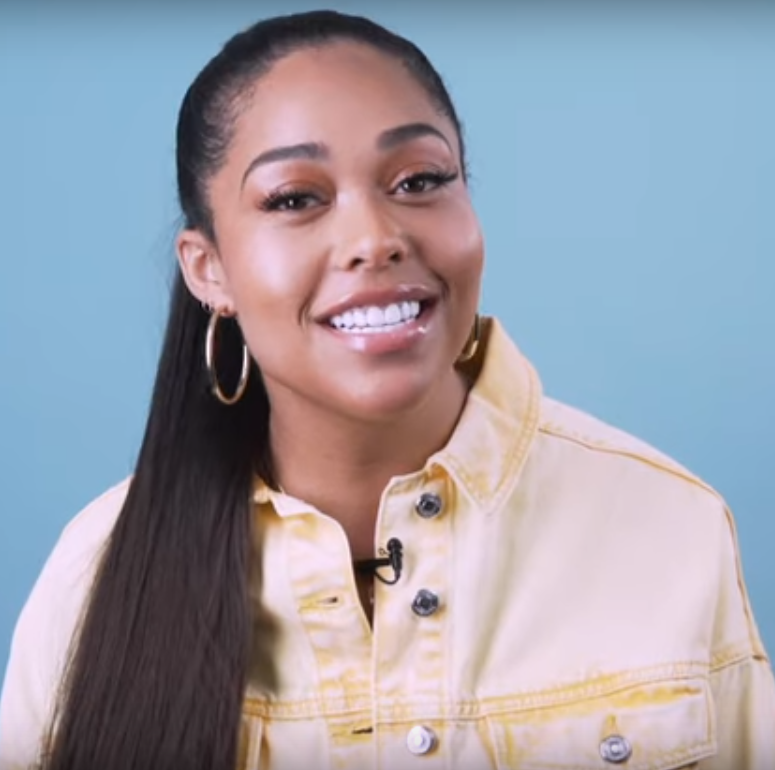 In the middle of global anxiety and chaos caused by coronavirus pandemic, social media star Jordyn Woods seems to be living her best life.

Woods together with her family remained in the United Arab Emirates for their extended vacation due to the COVID-19 concern.

It was previously reported that the UAE is implementing strict measures to its residents and tourists after reported cases of coronavirus soar to 115 patients.

UAE's ministry mentioned in a statement that the 15 new cases belong to different nationalities. This includes one patient from Kyrgyzstan, Serbia, Italy, the Netherlands, Australia, Germany, Greece, Russia, Ukraine, the United States of America, Bangladesh and two people from both Britain and Spain.

Jordyn Woods Shrugged Off Coronavirus Fears While on Vacation

The 22-year-old model, on the other hand, took this as the opportunity to relax and spend time with her family.

In her recent Instagram post dated March 16, she was seen sporting a black and white polka dot midi dress while topping off with retro-inspired sunglasses and low heeled peep-toe white sandals for a very chic look.

Of course, her Insta-worthy shot would not be complete without a glass of champagne while lounging in a cabana, overlooking the palm trees and picture-perfect ocean.

"I promise I'm not mad, that's just my face," she wrote in her caption.

In her March 13 post, the social media star sizzled in her lime two-piece bikini as she took a dip in the water in Abu Dhabi.

She assured her 11.3 million fans that she's having a great time as she captioned: "The first available flight for us isn't for a couple of days so I'm taking full advantage & enjoying this view."

Jordyn Woods Lambasted After Wearing an Abaya at the Mosque

It's not all sunshine and roses for the social media influencer as she received massive backlash from the public after wearing an abaya at Abu Dhabi mosque.

During her visit to Sheikh Zayed Mosque, while the other photo is with her mom Elizabeth and sister Jodie Woods, both wearing the same traditional outfit.

One online user responded in her Instagram post: "Haram you're not Muslim so you can't go to the mosque."

"Oh so if they wear it they're praised but when Muslim girls wear it their bashed and called terrorists??," another netizen posted.

The 22-year-old model immediately replied and apologized when she was criticized for "mocking" the religion.

"I'm sorry if I offended you but in order to enter the mosque, you have to wear an abaya... In no world would I try to mock another person nor culture," Woods wrote.

As of this writing, Woods and her family are finally heading back to the United States after being stranded in the Middle East.

Jordyn's younger sister, Jodie Woods, shared a photo of the influencer sitting in an airport bar completely passed out on her travel pillow.