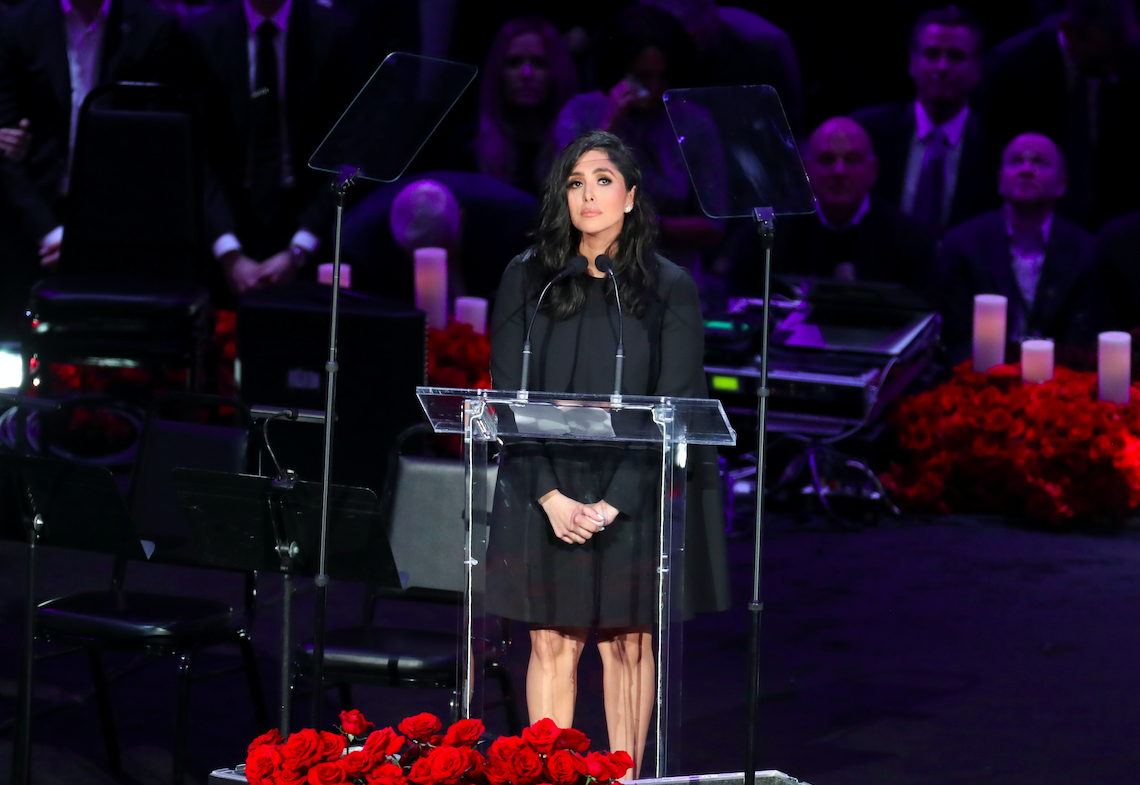 It has been two months since Kobe Bryant, his daughter Gianna, and eight others tragically died in a helicopter crash. Kobe left behind his wife, Vanessa and three other children.

Since his death, Vanessa has reportedly been doing what she needs to do to keep the memory of one of the most-loved basketball players alive. She is also taking measures to ensure that she and her daughters are going to be taken care of.

According to The Blast, Vanessa has taken additional steps to ensure her youngest daughter is also financially secure.

The 37-year-old mother has filed legal documents that their 9-month-old child, Capri, to also be added to Kobe Bryant's trust.

The Los Angeles Lakers superstar initially created the trust in 2003, two years after he and Vanessa got married. The same year, they welcomed their first daughter Natalia.

It was reported that the document has been amended several times after the birth of each of their daughters, so that their names will be included.

The document stated that the purpose of the trust is to offer a fund for the Black Mamba's wife and daughter for their "support, care, and maintenance," and to protect the trust's assets so that these will be accessible for the benefit of the couple's daughters, and upon Vanessa's death.

Accordingly, at the end of Vanessa's lifetime, the Bryant Trusts will be divided into two shares, Natalia and Bianka -- not three. However, "this was not Kobe's intent," as per the 10-page filed document.

Capri was born after Kobe has last updated his trust in 2017 to add their daughter Bianka.

The court documents also added that "the proposed modification furthers and supports the primary purpose of the trust. The First Partial Amendment makes clear Kobe's intent to provide for 'any children of (his) marriage to Vanessa' in his trust."

Both Vanessa and Rob Pelinka -- Bryant's best friend and former agent -- are the co-trustees.

While it was not immediately clear how long it would take for a judge to rule on the petition due to the coronavirus pandemic, according to TMZ, the request will likely be granted.

Aside from what Vanessa filed, she is also currently in the middle of a wrongful death lawsuit against Island Express, the company that owns the helicopter that crashed on January 26 in California, killing everyone on board including Kobe and Gianna.

The lawsuit was filed in the Los Angeles Superior Court on February 24, the same day as a public memorial was held for the Black Mamba and Mambacita at the Staples Center for their "Celebration of Life." It was attended by several A-list celebrities such as Jennifer Lopez, Kim Kardashian, Kanye West, and Beyoncé Knowles-Carter.