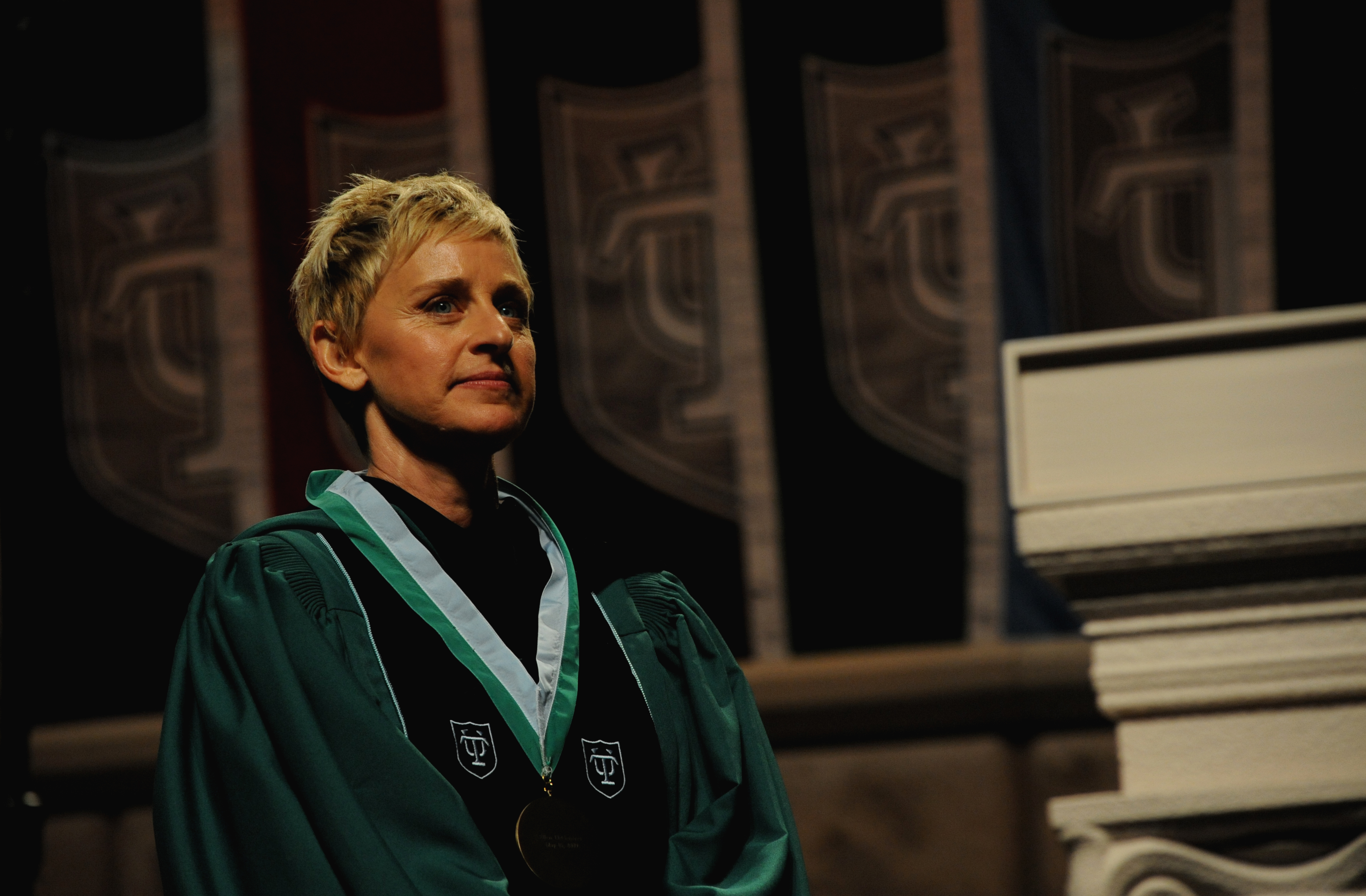 Award-winning talk show host Ellen Degeneres is breaking her silence amid the controversy surrounding her "diva" attitude towards her staff.

Over the weekend, a social media post went viral after comedian Kevin T. Porter called the host as "one of the meanest people alive."

"Right now we all need a little kindness. You know, like Ellen Degeneres always talks about! She's also notoriously one of the meanest people alive," he posted in his Twitter account.

"Respond to this with the most insane stories you've heard about Ellen being mean & I'll match every one w/ $2 to @LAFoodBank," the comedian posted in his Twitter account.

Ellen Degeneres and Her "Diva" Allegations

A slew of different "horror stories" concerning the 62-year-old TV personality was exposed.

This includes "The Ellen Degeneres Show" former head writer Karen Kilgariff, who was allegedly "fired" for not crossing the picket line during a writer's strike.

TV writer Benjamin Siemon also claimed in his series of tweets that every staff member was required to chew gum before talking to the host.

He points out that the Emmy Award winner has a "sensitive nose" and added that if the host "thinks that you smell, you will be sent home."

In his second post, he wrote: "A new staff member was told every day she picks someone different to really hate. It's not your fault, just suck it up for the day and she'll be mean to someone else the next day. They didn't believe it but it ended up being entirely true."

A former staff also outed the multi-talented host and producer after the online user labeled Degeneres as "Queen of Social Distancing" for not allowing her staff to be in the same room as hers.

One of America's most beloved hosts subtly hits back at accusations after she posted a video wearing a black slogan shirt that says "Staff."

In her Instagram video, the Louisiana born A-lister was building a Lego set in which she captioned: "Don't count me out yet, LEGO."

Fans immediately noticed that the host was looking a little upset and some even claimed that Degeneres is using this to address the allegations about her "diva" behavior.

One online user commented: "Must be super hard to fill all the time in quarantine with your billion-dollar mansion and unlimited options."

Degeneres Says She "Misses Her Staff"

Following her Instagram video, the host tells fans "she misses her staff."

In a candid video, Degeneres admits that she was missing the people she works behind the camera during her self-isolation.

"This was my show staff's planned spring break week. I've asked them all to continue to stay home with their loved ones, and disconnect for a week. And I wish I hadn't. I miss them. But I'll be posting lots more next week when they're back. Until then, enjoy today's Safer-at-Home Spring Break 2020. Day 1," she wrote on her Instagram.

The host also mentioned that she feels "a little anxious" with all the major changes in everyone's lives; however, she reminded everyone to "stay safe" and to "pay attention to what they're [officials] telling us to do."

Degeneres also assured the fans that this "will pass much faster" if everyone participates and does its part.