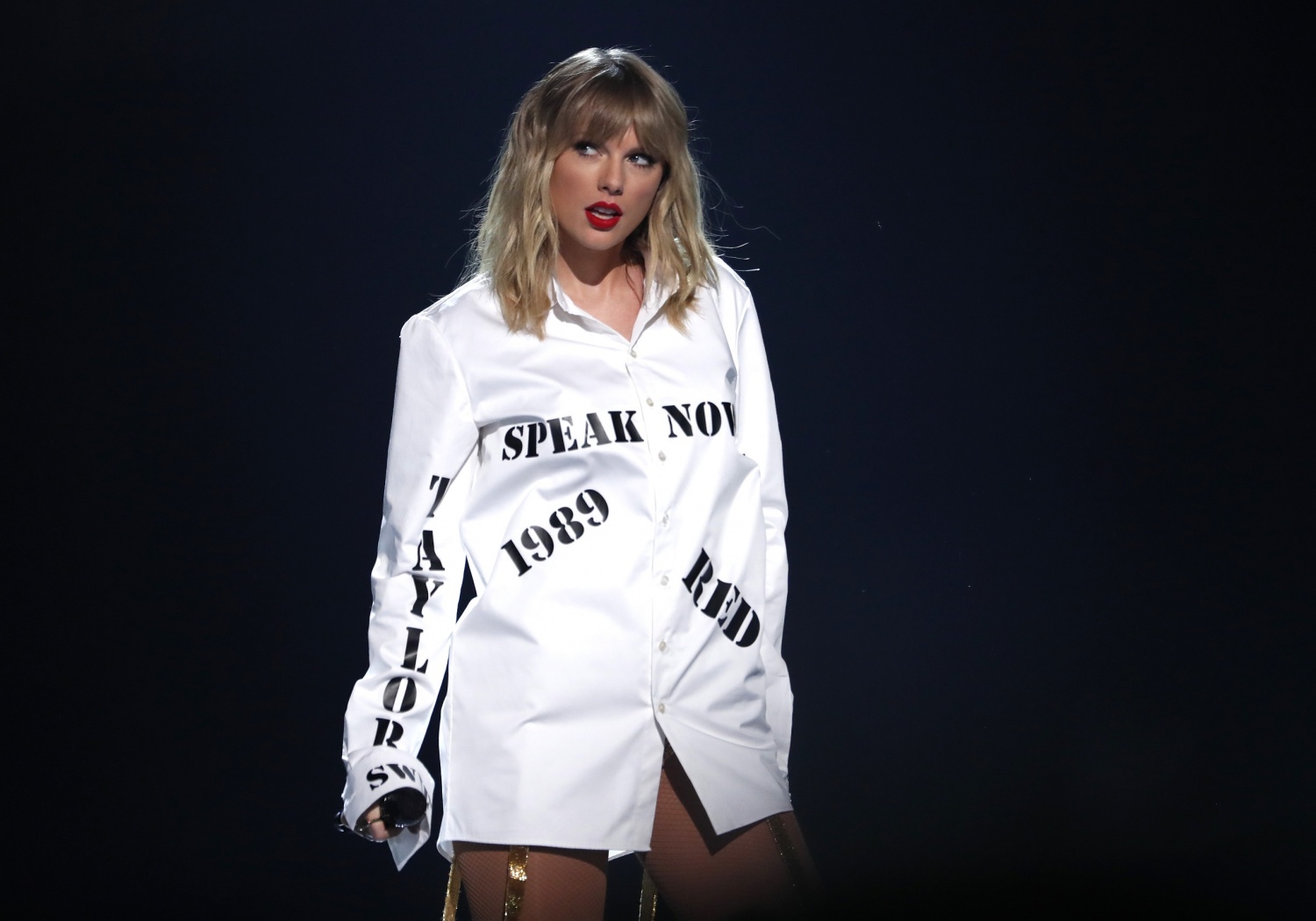 And so the Kim-Taylor-Kanye feud continues, and it's getting uglier than ever!

People might be stuck at home and practicing self-isolation, but Taylor Swift, Kanye West, and Kim Kardashian got them covered with more juicy details of their long-standing feud -- which all could be traced back to the famous 2009 VMA drama.

Seven years after Kanye shamed Taylor while receiving her first best female video award, the singers reignited their conflict after the 42-year-old rapper dragged Taylor's name in his 2016 song "Famous."

The controversial lyrics state: "I feel like me and Taylor might still have sex/ Why? I made that b**ch famous."

Naturally, the 30-year-old singer got mad that Kanye called her a b**ch and said that she did not consent the rapper to call her such names.

However, Kanye's wife, Kim Kardashian, clapped back at Taylor by releasing a clip showing a phone conversation recording where it could be heard that Taylor totally agreed that it was a cool song.

Fast forward to March 2020, an extended version of the controversial clip was leaked and set the internet on fire over the weekend. In the leaked video, Kanye was never heard asking Taylor permission to call her a b**ch and only consented using her name on the first part.

The video only shows that the 30-year-old pop star is telling the truth all these years.

A few days after the video went viral on social media, the "Keeping Up With the Kardashians" broke her silence and wrote a lengthy rant on both Twitter and Instagram story.

In her statement, Kim did not humble herself and apologize to Taylor and instead defended herself and Kanye from the numerous accusations.

According to the 39-year-old reality TV star, she was reluctant to comment at first due to the ongoing health crisis being experienced around the world, but she said she was left with no choice as Taylor is once again lying with her claims.

"It was always whether there was a call or not and the tone of the conversation," Kim wrote.

The KKW Beauty mogul also claims that Taylor spread the lies through her publicist.

"To be clear, the only issue I ever had around the situation was that Taylor lied through her publicist who stated that 'Kanye never called to ask for permission...'," Kim wrote on Twitter.

While Taylor is low-key addressing this issue, her publicist, Tree Paine, could not help but slam Kim's lengthy rant and eventually joined the ongoing feud.

Tree Paine has been working as Taylor's publicity head since 2014 and was one of the first people to defend the singer during the 2016 "Famous" conversation drama.

Tree took to Twitter, re-posted one of Kim's tweets, and slam her for claiming that she never edited a part of the video she released four years ago.

I’m Taylor’s publicist and this is my UNEDITED original statement. Btw, when you take parts out, that’s editing.

"I'm Taylor's publicist, and this is my UNEDITED original statement. Btw, when you take parts out, that's editing," Tree wrote alongside a screenshot of her statement in 2016.

"Kanye did not call for approval, but to ask Taylor to release his single 'Famous' on her Twitter account... Taylor was never made aware of the actual lyric 'I made that b**ch famous,'" Tree's statement reads.