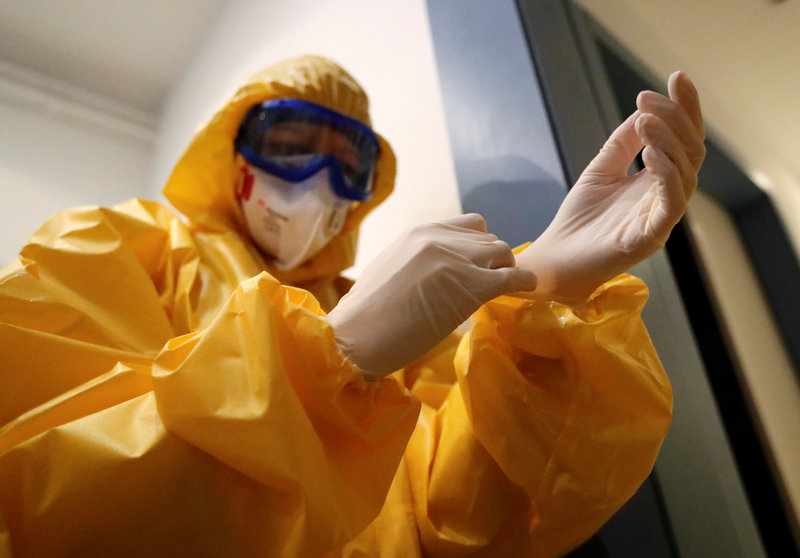 The coronavirus continuously proves that it is one of the most dangerous viruses in the world, so much so that even a medical expert failed to run from it.

The medical consultant of the award-winning pandemic thriller film "Contagion," Dr. Ian Lipkin, revealed that he has tested positive for the coronavirus.

On Tuesday, the Columbia University's director of the Center for Infection and Immunity appeared on Fox's "Lou Dobbs Tonight" from his home to discuss the ongoing and worsening coronavirus pandemic.

However, after he let out a dry cough, he suddenly opened up on the national TV and admitted that he has contracted the virus.

"I would like to say on this show tonight, this has become very personal to me, too," Lipkin said in the remote segment. "Because I have COVID as of yesterday. It's miserable."

He took the chance to warn everyone that since the virus hit his system despite being one of the most renowned virologists in the world, it can ultimately hit anyone else, too.

When asked where he caught the disease, Dr. Ian said that it is not important anymore since it already became widespread all over the United States, making it possible to get it anywhere.

Fighting the Coronavirus: Dr. Ian Lipkin reveals his own personal battle with the coronavirus and says if it can hit him, it can hit anybody. #AmericaFirst #KAG2020 #Dobbs pic.twitter.com/IxTpJ54sFn — Lou Dobbs (@LouDobbs) March 24, 2020

In 2011, he told Columbia University's newsletter that he joined forces with the film's team so that they could accurately and effectively represent the science behind the viruses by making a movie that would entertain and educate its viewers.

To recall, they included some of the doctor's personal experiences in the movie, including the time when he jetted to Beijing to offer assistance to the World Health Organization and the Chinese Health Ministry during the SARS outbreak in 2003.

After he participated in the mission, he fell ill and got quarantined when he came back to the U.S.

In the same interview, Dr. Ian revealed that there is an ongoing research at medical schools, including Columbia and John Hopkins, where they use and study the blood of the patients who fortunately recovered from the COVID-19.

"But we will be able to use lessons learned to developed other sort of pharmacological treatments based on what we've found," he said.

As they wait for the result, the virologist went on to push and promote the themes in the current coronavirus crisis as no one knows when they will be able to get the cases under control.

He also pointed out how restrictions across the country can significantly help them in lessening the number of cases.

"We have porous borders between states and cities, and unless we're consistent, we're not gonna get ahead of this thing," he said. "The best tool we have is isolation and confinement."

In addition to his live appearance, Dr. Ian stressed his points again through an e-mail he sent to USA TODAY, where he advised the government to enforce national "shelter-in-place" as soon as possible. He knows that this move will surely flatten the curve and stop further transmission of the deadly disease.