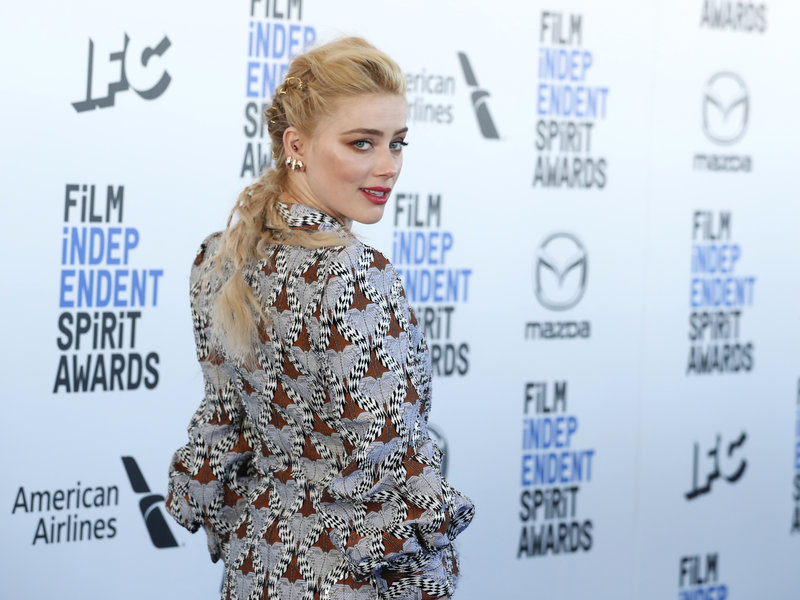 Amber Heard failed to bring home a win after a judge declined her appeal against Johnny Depp.

On Friday, Judge Bruce D. White gave Depp the signal to proceed with his defamation lawsuit after he rejected Heard's request to stop the case.

The 56-year-old "Pirates of the Caribbean" actor first filed the lawsuit a year ago in Virginia, which has "more flexible" defamation laws than in any country.

"Defendant's Demurrer is sustained as to the fourth statement listed above, but it is overruled as to the other three statements," Fairfax (VA) County Chief wrote in a lengthy opinion letter for the lawyer of both sides.

"Further, Defendant's Plea in Bar regarding the statute of limitations is denied. Counsel shall prepare an Order reflecting the Court's ruling and forward that Order to the Court for entry," the statement continued.

This came after Heard's side declared that the actress' column online "was about her and what happened to her after she came forward" and not fundamentally about the allegations against Depp.

The Virginia judge seconded it and highlighted the part where Heard wrote about receiving death threats and even being followed by paparazzi on the rare occasions when she left her home.

Judge White dismissed Heard's request and trashed her lawyers' claim that a one-year statute of limitations makes the case invalid.

According to the judge, Depp filed the suit within four months of the article's publication in 2016, making it valid.

What The Op-Ed Stated

The said 2018 Washington Post opinion piece was penned by the "Aquaman" actress to talk about female victims of domestic violence -- and it dragged Depp's name into a negative light in the end.

Heard created the headline "Amber Heard: I spoke up against sexual violence -- and faced our culture's wrath. That has to change."

Although she did not mention his name in the said op-ed, Depp knew that she was referring to him. It resulted to financial and career losses for the actor, including his role in the award-winning film franchise "Pirates of the Caribbean."

"I want to ensure that women who come forward to talk about violence receive more support," Heard wrote in the end. "We can work together to demand changes to laws and rules and social norms - and to the right, the imbalances that have shaped our lives."

Depp's fans continue to fight with him by sharing their opinions online.

One fan wrote, "#JusticeForJohnnyDepp Amber Heard assaulted Johnny Depp when his children were in the house: 'I saw Amber lunge at Johnny, clawing, tugging and aggressively pulling him."

"Unfortunately, this won't bring his reputation back. There are idiots out there, despite the calls being released, that still believe and repeat this woman's lies," another netizen sadly wrote.

Meanwhile, most of his fans congratulated him and hoped for him to win this battle. But his victory might be out of sight since his scheduled trial on March 23 got canceled by High Court Judge Andrew Nicol due to the coronavirus pandemic.