Meghan Markle disappointed her fans in 2017 when she shut down her lifestyle website, The Tig, just when she was to become part of the British royal family.

Since April 1, the Duchess of Sussex and her husband, Prince Harry, have stepped back from their senior roles within the royal family, and it is now expected that the couple will be taking on new projects without royal protocol stopping them.

Royal commentator Charlie Lankston suggested that the former "Suits" actress may consider relaunching her blog to retell her support for causes she once backed before becoming a royal member, as well as to discuss a variety of her interests.

Speaking to Access, Lankston said, "Meghan has a very varied set of interests. We know she doesn't focus on just one thing at any one time.

She added, "Her website, The Tig, which she shut down shortly after her engagement to Harry, really did allow her to get involved with all those interests."

The expert believes that Meghan could talk about everything, from fitness to lifestyle to food, to wine, and several causes that she champions.

The people who were once behind the website has reportedly set up a new headquarters as Meghan is grabbing the opportunity to show the world what interests and motivates her.

They moved to a different location just days before Prince Harry and Meghan announced that they would step down as members of the royal family.

"That very much suggests they have plans in the works for what they are going to do moving forward."

While the royal expert believes that Meghan is in no rush to relaunch her website or a sister website soon, the Duchess is maybe just keeping all her options open.

"If she decides this is something she has time for, I don't think it would be surprising to see The Tig relaunch in a bigger and better way than ever before." 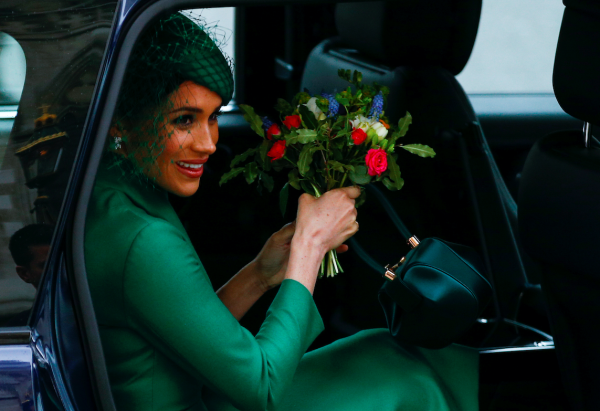 Meghan's former website, The Tig, refers to an American mispronunciation of Tignanello wine.

For three years, she provided a hub for the discerning palate, those with a hunger for food, travel, fashion, beauty, and lifestyle.

In April 2017, she wrote a blog post titled "Farewell, Darling."

In her heartfelt goodbye, Meghan wrote, "What began as a passion project (my little engine that could) evolved into an amazing community of inspiration, support, fun, and frivolity. You've made my days brighter and filled this experience with so much joy."

Now that she and her husband are no longer representing the Queen of England in all of their endeavors, it was reported that Meghan reportedly has numerous projects in the works.

One of them includes writing another cookbook, after the success of her first book, "The Together," which contains fifty kitchen favorites from women.

It was launched in 2018 as the Duchess of Sussex's first major solo endeavor as a member of the royal family.

Since stepping back from her royal duties, it was revealed on Thursday that she did a voice over for a Disney documentary about elephants.

Up until this day, royal watchers are still expecting the couple's announcement of their new non-profit organization and their future plans.