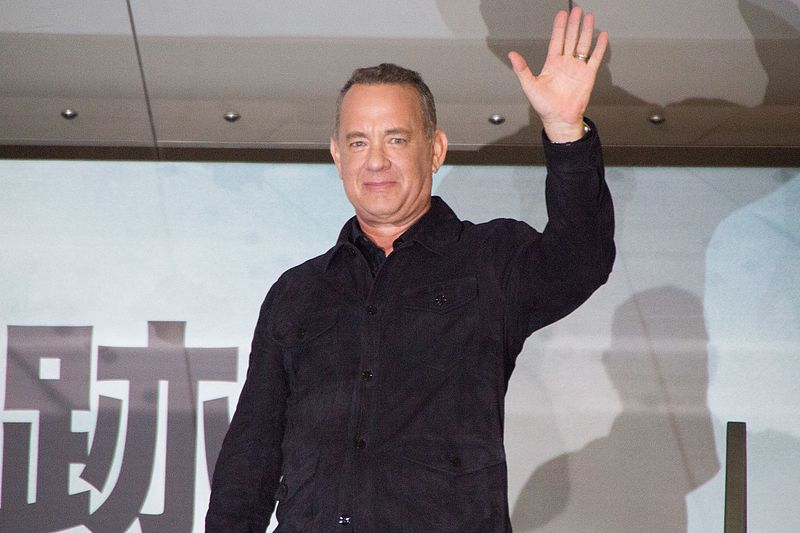 After his battle with the coronavirus in Australia, Tom Hanks and his wife Rita Wilson are back in the U.S.

Now, amid the social distancing guidelines because of the pandemic, Hanks pre-recorded an "SNL" show at the comforts of his home while addressing his recent fight with the deadly disease.

Laughing Out The Coronavirus

"Saturday Night Live" has its first remote show this weekend, and there's no better person to do it than actor Tom Hanks himself.

Hanks is back, and he hosted "Saturday Night Live" from his kitchen this weekend. It is the first remote "sketch" of the show in their attempt to make it work "from home.

The actor then joked and asked himselfwhy he would be asked to host "SNL" at the time of the coronavirus.

"Well, for one, I have been the celebrity canary in the coal mine for the coronavirus, and ever since being diagnosed, I have been more like America's dad than ever before," Hanks hilariously said. He added that he was the best choice because no one wants to be around him these days as he makes people uncomfortable.

The actor furthered that people have been socially distancing themselves from him, afraid that they might contract the virus by being around him.

Tom also revealed that he and his wife, who was also diagnosed with the coronavirus, are both doing well. They are in quarantine in their home just like the rest of the world.

"In fact, this suit, this is the first time I've worn anything other than sweatpants since March 11," Hanks revealed. "My wife had to help me put it on cause I forgot how buttons work."

The 63-year-old Hollywood icon then promised to give everyone a good show, though he emphasized that it might be different from what they are used to.

"Now is it going to look a little different than what you're used to? Yes. Will it be weird to see sketches without big sets and costumes? Sure. But, will it make you laugh? Eh. It's 'SNL.' There'll be some good stuff, maybe one or two stinkers, you know the drill," Hanks shared.

The "Cast Away" actor opened his monologue by saying that he thought it might be a bit awkward to be laughing at this time when a high number of deaths due to the coronavirus has been recorded.

However, it might be a good time to remind people to laugh to give them hope that all will be well in time.

"It is a strange time to try to be funny, but trying to be funny is 'SNL'' a whole thing, so we thought 'What the heck!'" Hanks quipped while standing next to his refrigerator.

At the beginning of the show, the cast all appeared together in one call via Zoom before launching the video sketches they all made from their homes.

Chris Martin was the musical guest for that episode. There were also special appearances by Larry David, Adam Sandler, Alec Baldwin, and Tina Fey.

"Saturday Night Life" was like any other show whose hosts have tried to produce content from their homes. The pre-recorded "SNL" show was the first in its rich 45-year history.