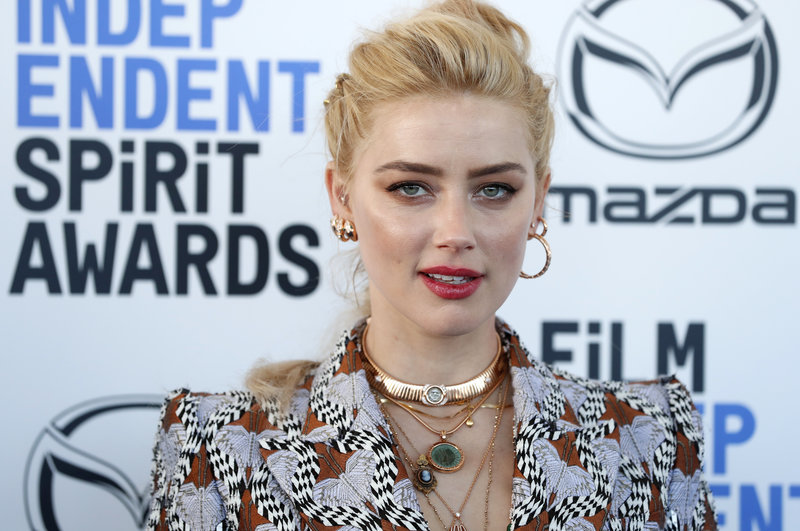 Although the ugly legal battle between Johnny Depp and Amber Heard is yet to come to an end, Warner Bros. already has plenty of reasons why they should fire and remove the actress from "Aquaman 2."

Warner Bros and DC Entertainment set another record after their first "Aquaman" film garnered a box office total of over $1.14 billion in 2018.

While they scheduled its sequel for a December 2022 release, a lot of "Aquaman" and "Johnny Depp" fans started several petitions and unrolled all the reasons why the entertainment giants should change the actress to play Mera's character.

Why They Should Remove Amber Heard

The 33-year-old actress truly is no longer a stranger to a lot of domestic violence cases.

Earlier this year, the 56-year-old "Pirates of the Caribbean" actor breathed life to another legal battle after he made a stunning confession about his marriage with Heard in a leaked audio obtained by Daily Mail.

During their short-lived romance, Depp allegedly experienced mistreatments from her violent ex-wife, including the time she threw pots and pans at him, dirtied his career through an op-ed article, and severed his finger -- to name a few.

Heard also reportedly faked her bruises just so she can put all the blame on the actor.

Another bombshell 30-minute-long recording came out a week after the first one went viral.

This time, Heard threatened the actor and challenged him to "see how many people believe" him in his attempt to prove he was the one that was physically abused.

Due to these two strong pieces of evidence, the "Aquaman" actress ceaselessly received nothing but hate messages.

Aside from the Depp case, she also got arrested by Port of Seattle Police on September 14, 2009 after being charged with misdemeanor assault in the fourth degree/domestic violence by her ex-girlfriend Tasya Van Ree.

According to a detailed official declaration that Depp submitted to the circuit court of Fairfax County, Virginia, Van Ree called the authorities after Heard snatched her hand and struck her when they argued at the Seattle-Tacoma International Airport in Washington state.

"Ms. Heard lied about this domestic violence incident under oath, saying 'it was a trumped-up charge and it was dropped immediately for being such,'" the declaration went on.

Aside from her legal cases, her former fans are now refusing to support her, which can truly affect the future sales of the film.

A lot of people have sided with Depp and started to seek justice for him through a petition they launched on change.org. The said petition aims to remove Heard from the upcoming sequel of the superhero movie "Aquaman."

Jeanne Larson, the user who started the movement "Remove Amber Heard From Aquaman 2," has now garnered 409,000 signatures, leaving them only a few thousands to go before they can reach the half a million goal.

Since they addressed it to Senior Vice President of Publicity and Communications of DC Warner Bros., Courtney Simmons, and DC Entertainment, it is impossible that their petition has not reached the management yet.

In fact, there were rumors the motion pictures company is currently exploring the possible options they can do with Heard -- and that includes completely removing her or reducing her screen time.

Given that "Aquaman" also has younger audiences, it is only necessary for the film to cast someone who can be a good example to everyone. After all, while sales is paramount, they cannot set a bad example that it is okay not to punish serious crime and poor behavior.

While nothing has been proven yet, Warner Bros. and the authorities behind the film cannot simply push through with Heard. Choosing to keep Heard in the film would mean that they are siding with her, and that is a risk they wouldn't and shouldn't take.

Moreover, they still have time to change the actress since Amber Heard's character has only appeared in the first "Aquaman" film. With that said, one can say she has no firm grasp of the character yet and the company hasn't invested that much on him.

Regardless of what they do, there will certainly be criticisms. However, Warner Bros. must act fast and make a decision as it will certainly affect "Aquaman 2: in one way or another.