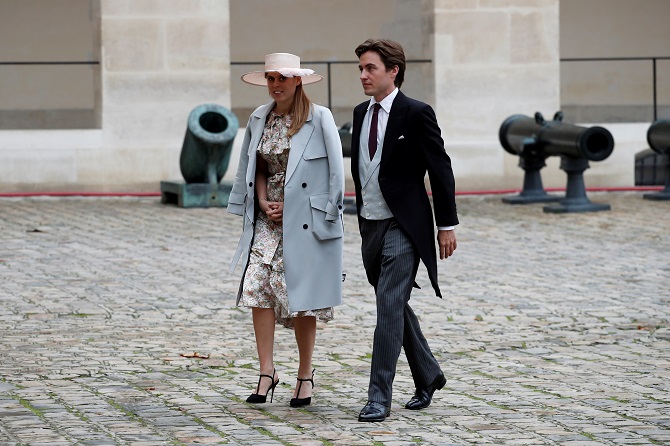 Princess Beatrice made yet another heartbreaking decision amid the ongoing coronavirus pandemic.

The 31-year-old royal bride-to-be was set to exchange "I do's" with fiance Edoardo Mapelli Mozzi on May 29, but the couple had to wait a little longer again as they could not push through a mass gathering due to the dreaded virus.

A source recently told PEOPLE that the couple officially canceled their wedding plans due to the ongoing lockdown in the United Kingdom.

The eldest daughter of Prince Andrew and Sarah Ferguson and her 37-year-old Italian fiance was set to tie the knot at St. James's Palace in London, with the reception following at Queen Elizabeth II's Buckingham Palace gardens.

"There are no plans to switch venues or hold a bigger wedding," the couple's spokesperson said.

"They aren't even thinking about their wedding at this time. There will come a time to rearrange, but that's not yet," the rep added.

Because of the health crisis in the U.K and the rest of the world, Princess Beatrice and Edoardo didn't also get the chance to send out their wedding invitations.

The couple's decision to cancel their wedding plans came after the U.K government's announcement that the nationwide lockdown will continue in the next three weeks. It is on top of the guidelines to avoid mass gatherings, especially outside of close family.

Additionally, most of the guests from Edoardo's side of the family will be coming from Italy, which has been dramatically affected by Covid19.

Princess Beatrice's property developer fiance is a native of Lombardy, a northern region in Italy, which has been placed in total lockdown already due to the massive spread of coronavirus.

Just like other soon-to-wed couples, Princess Beatrice and Edoardo made a sensible decision to postpone the wedding. One of their friends revealed that marriage is the last thing on the couple's mind due to the other challenges going on around the world.

Last month, a palace spokesperson revealed that the couple would no longer have a wedding reception were and considering the possibility of having a private ceremony with close family and friends.

"Princess Beatrice and Mr. Mapelli Mozzi are very much looking forward to getting married but are equally aware of the need to avoid undertaking any unnecessary risks in the current circumstances," the spokesperson said.

However, this plan was also obviously put on halt. Just like the rest of the world, their plans are currently holding up in the air.

It is not the first time that Beatrice and Edoardo's wedding was put on hold. After getting engaged in September 2019, their wedding plans were halted two times due to Prince Andrew's controversy involving the convicted sex offender, Jeffrey Epstein.

The said postponement also came during the ongoing royal drama with Prince Harry and Meghan Markle's decision to step down as senior members of the royal family.

The couple is said to be planning a low-key wedding and nothing like the royal weddings of Prince William, Prince Harry, and Princess Eugenie.