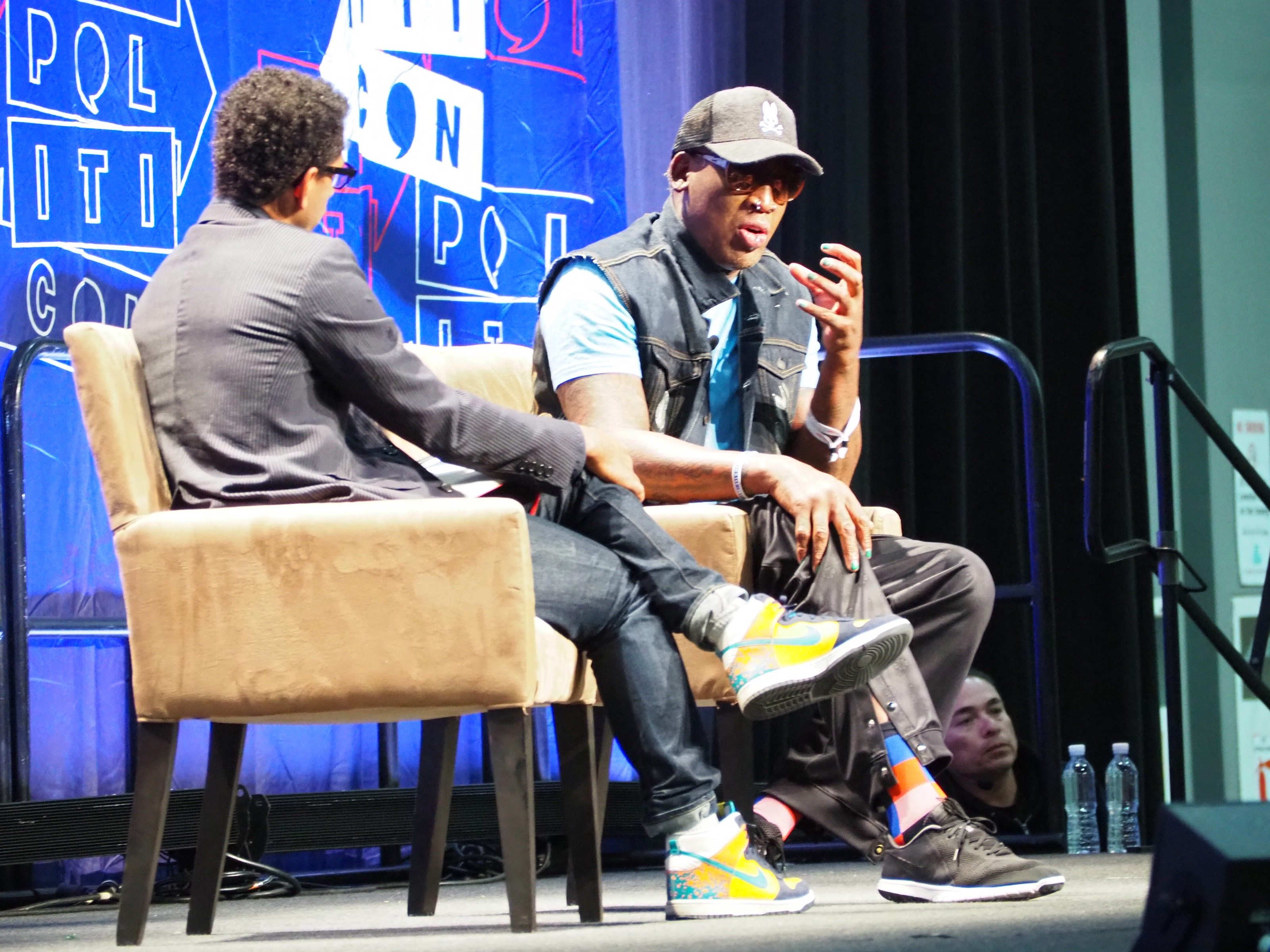 NBA icon Dennis Rodman dominated the basketball scene in the 90s together with the greatest player of all time, Michael Jordan and his right-hand man Scottie Pippen.

The New Jersey-born superstar received numerous achievements and was nicknamed "The Worm" for his aggressive defensive and rebounding skills.

He ended up as a five-time champion, two-time NBA Defensive Player of the Year, and a seven-time rebounding champion after ending his 14-year basketball career in 2000.

Tagged as America's most outspoken basketball star and the NBA's greatest rebounder, Rodman faced a lot of controversies -- including complicated relationships and drug abuse.

Interestingly, one of the most memorable stunts he did was during his book launch in Manhattan, New York where he showed in a bridal gown.

In 1996, the flamboyant basketball superstar released his autobiography titled "Bad as I Wanna Be" and on the day of his book signing, he arrived at the event in a horse-drawn carriage.

This gained international media attention as the 6-foot-7 former player got off wearing a traditional wedding gown, complete with a veil and bouquet.

In his previous interview with USA Today, he revealed that he was partially inspired by Aerosmith frontman Steven Tyler.

"After I thought of that idea, I came to the hotel and was riding a stationary bike in the gym and I looked to my left, and there was [Aerosmith's] Steven Tyler on the bike next to me," Rodman explained.

"I said 'Steven, what do you think about this idea?' I'm thinking about wearing a wedding dress for my book signing.' And he flipped out. He was like, 'That's awesome. That's great.' I never knew to wear a wedding dress on Fifth Avenue was going to make that impact. We shocked the world."

Moreover, he confessed that he was a bisexual and married himself in a bizarre ceremony to promote his book.

This is not the only time that the enigmatic basketball icon wore a wedding gown.

In the 2003 summer issue of BRIDE'S wedding magazine, a full-page photo of Rodman donning a white bridal dress was featured.

With his bad-boy persona, Dennis was associated with high-profile celebrities such as the pop queen Madonna.

The basketball giant claimed that Madonna once offered him $20 million to get her pregnant.

During his appearance in "The Breakfast Club," Rodman recalled his conversation with the pop icon while he was in Las Vegas and Madonna was in New York.

"She sent a plane for me, I went there, did my thing, went back on the plane, they held the table for me, started playing dice again."

The two tied the knot in Las Vegas in 1998, but a little over a week later, the NBA star filed for an annulment.