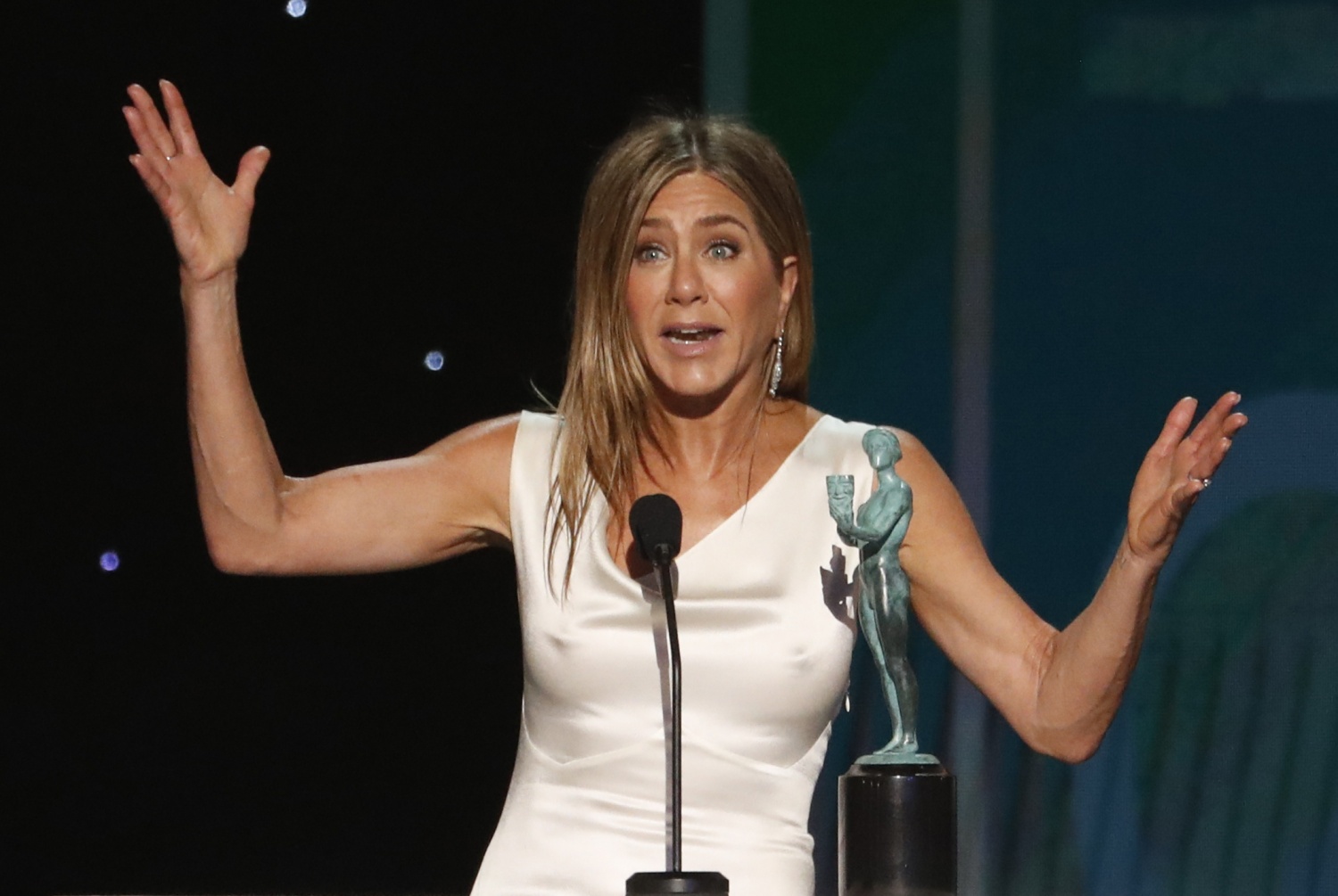 Are Jennifer Aniston and Brad Pitt planning to reignite their relationship by secretly jetting to France?

In 2019, Jen and Brad made their fans go crazy again after they interacted multiple times in public during the 26th annual Screen Actors Guild Awards in the U.S.

Rumors about them getting back together started when their SAG photos emerged on the internet. On one of the pictures posted by The Hollywood Reporter, the 56-year-old "Once Upon a Time in Hollywood" actor was "affectionately" watching Jen as she delivered her acceptance speech.

In another photo, the actor held the wrist of Aniston as she walked away as soon as their "short conversation" ended.

Jen rejected the concept of the two getting back together during the event's red carpet. However, although the 51-year-old "We're The Millers" actress brushed off the idea already, New Idea reported that the two are planning to get married again at Pitt's Château Miraval estate in France.

The magazine then shared multiple photos of Brad and Jen wearing white outfits that added fuel to the speculations even more. The actress also reportedly looked for at a secret dress fitting shop at a luxury Beverly Hills boutique since the "two wanted to keep things low-key."

But Is It True?

While the report caused their fans to look forward seeing them together once again, it turned out that Brad and Jen's planned trip to France to restart what they ended in 2005 was not true at all.

After gossip.com investigated the rumor, they found out that the entire report was "a work of fiction". Despite New Idea's consistent reports that they even published "pictures" of Brad and Jen, the two never truly planned a romantic getaway in France nor tried to reignite their relationship.

Jen and Brad got married in 2000 but filed for divorce five years later. They both moved on and went on with their second marriages with Justin Theroux and Angelina Jolie, respectively.

However, Jen split from Justin in February 2018, and Brad's marriage with Angelina also ended in 2016.

Although they are both free now, the actress said during "The Howard Stern Show" that she is single, and her current projects have been making her too busy to date. She was preparing for the next season of her Apple series "The Morning Show" at that time, so it was really impossible for her to go out and date someone new again.

Aside from spending most of her time promoting her series, she also has a long line of projects in development -- including the spoiler she gave "Friends" fans last year.

Recently, a new source emerged and told Star Magazine that Brad is spending his time quarantining with Jen in the actress' Los Angeles mansion.

"Brad and Jen have been spending most of their time together during their lockdown," an insider revealed. "The whole experience has brought them even closer. They both feel humbled and grateful for everything they have right now, especially each other."

The two are also said to be practicing minimal contact as they are "very conscious about maintaining safe social distancing."

Previously, the same magazine revealed that the former couple is planning to adopt a baby girl and co-parent the child, but neither Brad nor Jen has spoken about the news yet.