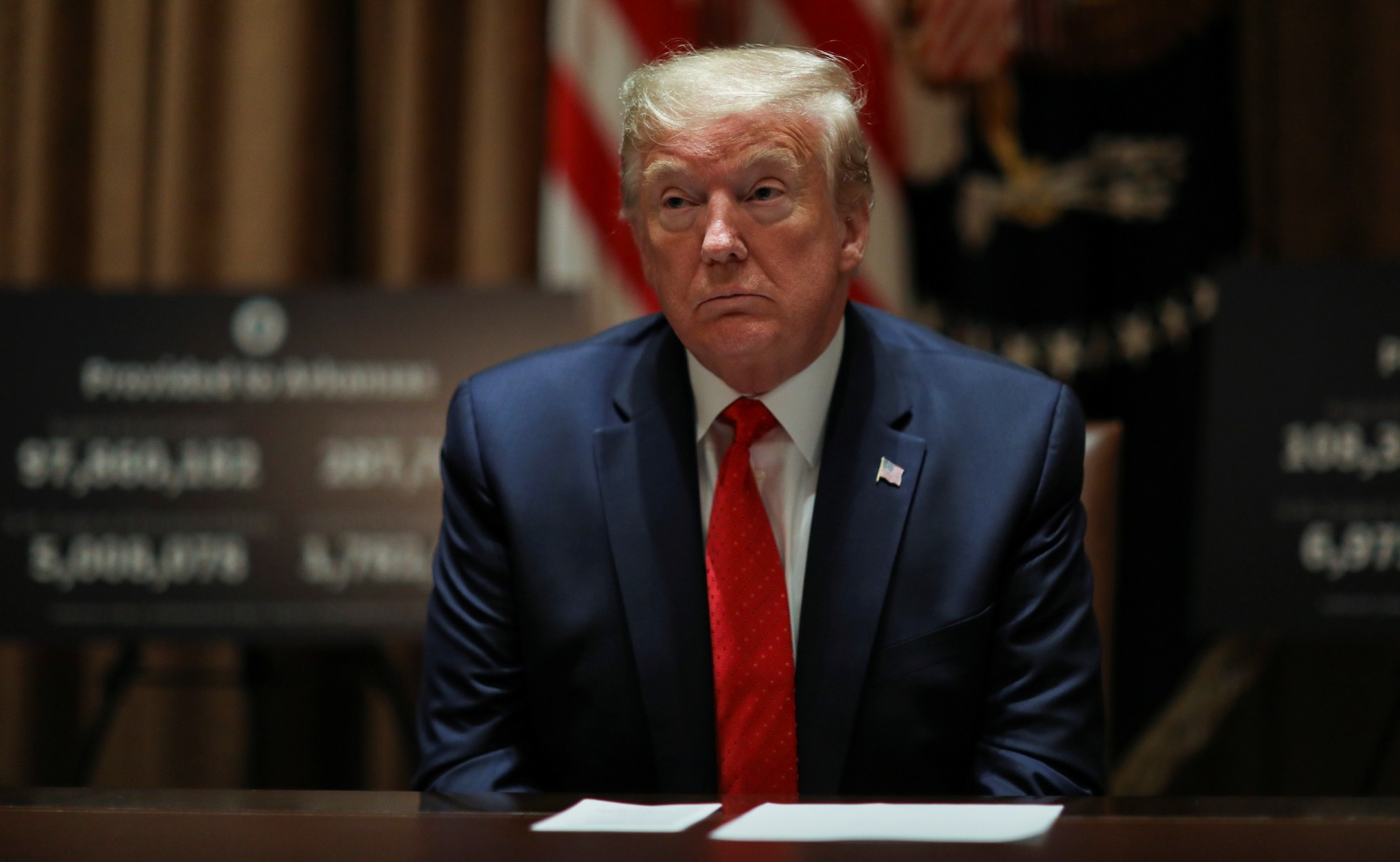 The 45th U.S. President then took it to Twitter to send his congratulatory message to his daughter. He then joked about his current situation, saying that a lawyer in the family is exactly what he needed.

"Congratulations to my daughter, Tiffany, on graduating from Georgetown Law. Great student, great school. Just what I need is a lawyer in the family. Proud of you Tiff!"

Congratulations to my daughter, Tiffany, on graduating from Georgetown Law. Great student, great school. Just what I need is a lawyer in the family. Proud of you Tiff! — Donald J. Trump (@realDonaldTrump) May 20, 2020

This came after his disgraced former lawyer Michael Cohen pleaded guilty to numerous criminal charges in 2018 -- which include five counts of tax evasion, one count of making false statements to a financial institution, one count of willfully causing an unlawful corporate contribution, and one count relating to campaign finance fraud.

Cohen used to be the vice president of The Trump Organization. Now, he has been serving a federal prison sentence at FCI Otisville in New York.

Although the 73-year-old leader took four days to congratulate Tiffany for her successful accomplishment, her mother was quick to acknowledge her milestone as she posted a heartfelt message on social media.

"We are so grateful for your kind [heart] @TiffanyATrump & dedication to your education, commitment to humanity & most important your wisdom which is your God blessing to share," Maples tweeted.

"Congratulations Tiffy!" he wrote. "You've come a long way to get to this point and after all the hard work and sleepless nights, you more than deserve it, it's only the beginning now, love you honey and congrats again."

The 26-year-old presidential daughter entered the prestigious law school in 2017 after taking a year off following her graduation from the University of Pennsylvania in 2016.

Although she is only a step away from becoming a full-fledged lawyer, she mentioned in her 2016 interview that she plans on working in their family's various businesses and would like to bring "a different kind [of] skill set to the company."

The family's famous group -- The Trump Organization -- has an estimated 500 business entities that specialize in real estate brokerage and development. It varies from hotels, residential properties, golf courses and more.

Tiffany's older half-siblings are all working under their family business. Trump's eldest son, Donald Jr., currently serves as a trustee and executive vice president of the Trump Organization together with his younger brother Eric.

The 38-year-old Ivanka Trump is the advisor to the President and focuses on the education and economic empowerment of women by providing job creation and economic growth through skills training, workforce development, and entrepreneurship.