Last year, it was reported that the future King of England, Prince Charles, want to trim down the number of working royals to a bare minimum.

He has had a desire to cut the acting royal family to a smaller core group of royals. That plan was set into motion amid his younger brother Prince Andrew's interview with BBC in November 2019, which resulted in him stepping away from official royal duties.

She continued, "Prince Andrew is now out of the picture. I don't see him ever undertaking royal duties again, and any hope that his daughters would is now gone."

The royal expert believes that once Prince Charles becomes king, the monarchy will just include his children and grandchildren, sans Meghan Markle and Prince Harry.

Among the future casualties under the Prince of Wales' slim-down would include Prince Andrew's daughters, Princess Eugenie and Princess Beatrice. 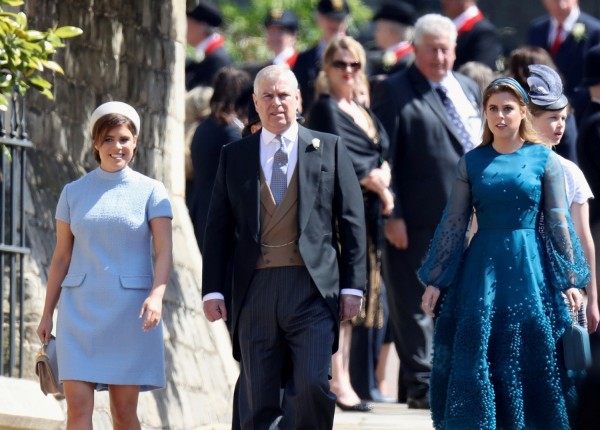 Most of their life, the two princesses have often been overshadowed by their more famous cousins, Prince William and Prince Harry, however recently, the two sisters have come into their own.

In a 2016 Daily Mail article, Princess Beatrice and Princess Eugenie felt diminished by the family's attention toward the Duke and Duchess of Cambridge for some time.

Royal reporter Catherine Ostler said, "Beatrice and Eugenie have been reduced to walk-on parts in royal family life. It particularly hurt when Kate did solo engagements with the queen during the Diamond Jubilee. They felt snubbed."

But because of Prince Charles' plan, the two York sisters may lose even more of their diminishing spotlight.

Royal Central editor Charlie Proctor said, "Gone are any chances of Princesses Beatrice and Eugenie ever becoming working royals. There is now no chance they will ever conduct engagements on behalf of Queen Elizabeth or King Charles."

When Prince Andrew stepped down, it was reported that he was so worried about his daughters' roles in the monarchy that he wrote a letter to Queen Elizabeth II and asked that they are given full-time royal duties.

It was reportedly rejected.

Katie Nicholl, royal expert, stated that Prince Charles told Princess Eugenie and Princess Beatrice that they had to "go and make it on their own" much to the annoyance of his brother.

"What happened with Beatrice and Eugenie was problematic as well because their father wanted them to have a role with the royal family where they are representing the queen."

Lucky for the York sisters, they are not really working royals, but they attend public engagements full-time.

They have full-time jobs.

Princess Beatrice is using her Bachelor of Arts in History to work in finance and consulting. She has worked at venture capital firm Sandbridge and Afiniti, where she is currently employed as the VP of Partnerships and Strategy.

On the other hand, Princess Eugenie is working as a director at the London art gallery Hauser and Wirth and has previously worked for an online auction firm.