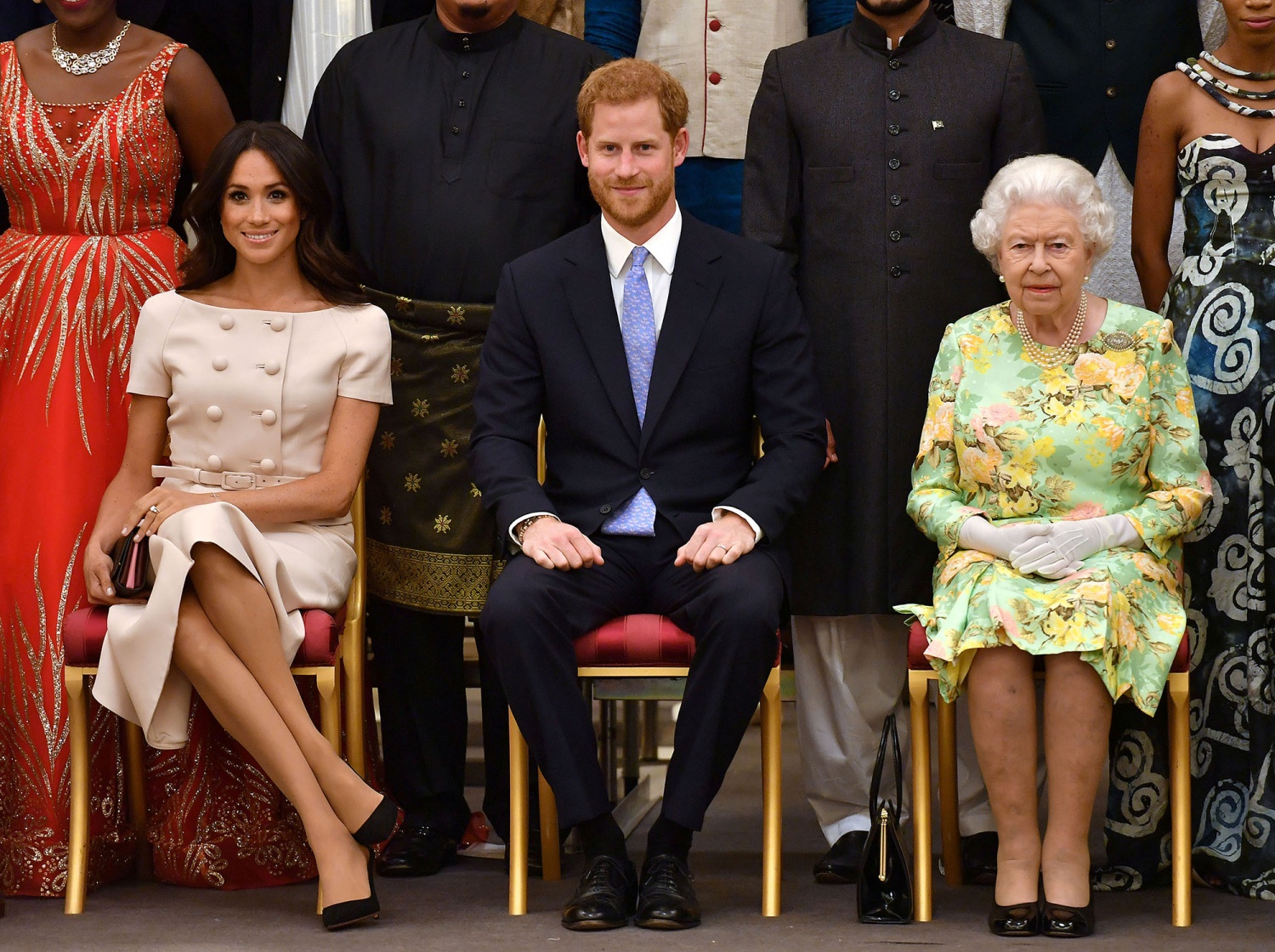 Prince Harry and Meghan Markle are becoming threats to the monarchy as they put Queen Elizabeth II in danger.

Following Prince Harry and Meghan's departure from the royal family, royal authors Omid Scobie and Carolyn Durand collaborated to write the Sussexes' tell-all biography titled "Finding Freedom: Harry and Meghan and the Making of a Modern Royal Family in Britain and the Commonwealth".

According to the authors, the account will discuss the false reports and misapprehensions about the Sussexes. It will also be a compilation of the statements from the sources close to the royal couple.

Although it is unknown if Prince Harry and Meghan contributed something to the book, one royal commentator claimed that they may have shared some input which could potentially harm Queen Elizabeth II.

"What this book has the potential to do is cause further serious harm," royal commentator Richard Fitzwilliams told the Daily Star Online. "This obviously has the potential to be dynamite. Officially Harry and Meghan are not admitting that it is, so to speak, their side of the story."

Even though the Duke and Duchess of Sussex should not be involved, Fitzwilliams said Scobie can act as if he is the unofficial spokesperson of the two.

Fitzwilliams also talked about the title "Finding Freedom," which ultimately suggests that the two is "finding freedom" from something they did not like.

"But the thing is every aspect of this book, every phrase will be picked apart to see what it says about various controversies and rumours which have beset their unhappy, as it turned out, two years as senior working members of the royal family," he went on.

In the end, only Prince Harry and Meghan can decide whether to authorize the publication of the book or not. However, Fitzwilliams is concerned that the book is currently being written since the Sussexes should have let the Queen heal first.

The book can reportedly destroy their relationship with the royal family, even though Queen Elizabeth II previously expressed her desire to re-connect with the Sussexes and their 1-year-old son Archie. Her Majesty also made it clear before Megxit that Prince Harry and Meghan are always welcome to be back.

With that said, if the book will be put in print and spread out, it only means that Prince Harry and Meghan allowed and approved its release -- whether they contributed something to it or not.

"And if they make any comments which are critical of the royal family or hurtful that would be most unhelpful," Fitzwilliams went on.

It remains unclear what the book could really contain, but the monarchy is said to be preparing for the possible damages that the biography could cause.

According to the May 2020 issue of New Idea Magazine, Queen Elizabeth II, Prince Charles, and the other members of the royal family are currently gearing up for the negative impact that Prince Harry and Meghan will cause through their tell-all book.

"There will be fears the couple wants to settle scores and put their spin on what went wrong with Meghan's brief royal life," royal expert Phil Dampier expressed. "The Queen has done everything she can to make them feel welcome and leave the door open for them to return. But this book [is] only going to make things much worse."

Aside from using it to take revenge and "settle scores," the Sussexes could also use the book to criticize Prince William and Kate Middleton heavily.