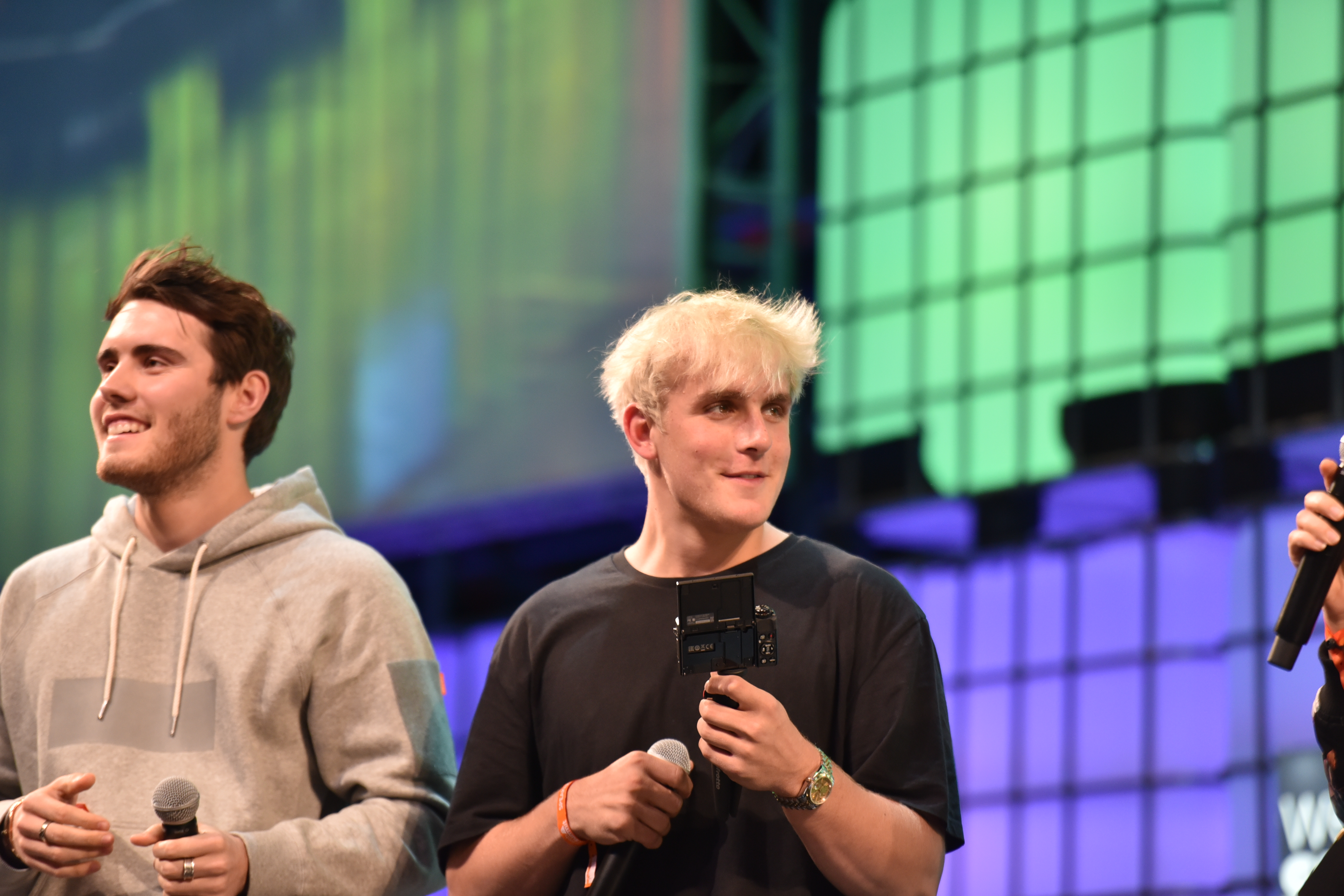 As the people of America continue to protest against the brutal death of George Floyd, YouTube star Jake Paul was caught in the middle of yet another chaotic looting scene.

In a series of video clips posted on his Instagram Story, the YouTube content creator-turned-boxer appeared to be at Fashion Square mall in Scottdale, Arizona where massive crowds forcedly entered and damaged the property as part of their protest.

"America is in ruins," Jake Paul wrote alongside a clip showing a crowd that just started vandalizing and causing a fire in the mall's premises.

He also shared that he was walking along the street before a tear gas was randowmly thrown at him by some of the protesters. Moreover, the 23-year-old YouTube star claimed that rioters pointed a gun at him and sparked fireworks across the street.

Jake said that he and his crew are not doing any looting on the scene or anything terrible against the protesters, but the group kept on threatening them.

In another Instagram Story entry, Jake posted a closeup photo of his eye, which was injured due to the tear gas.

Aside from damaging the property, looters could also be seen stealing pretty much everything in the stores. Because of these entries, Paul went viral on social media -- with internet users accusing him of joining the looters.

Some believe that the YouTube star was taking advantage of the chaos going on and causing damage of his own.

"F*ck Jake Paul for looting and escalating violence in these protests rather than donating and redistributing his obscene wealth to help the cause," one Twitter user wrote.

"Jake Paul, a millionaire, is looting a mall so that he could post a YouTube video about it and add more to his wealth. You can't make this shit up," another one added.

Jake Paul, a millionaire, is looting a mall so that he could post a YouTube video about it and add more to his wealth. You can’t make this shit up. — Walt (@UberKryptonian) May 31, 2020

Fuck Jake Paul for looting and escalating violence in these protests rather than donating and redistributing his obscene wealth to help the cause — zoe (@Zoay23) May 31, 2020

Literal black people are getting arrested for looting during these protests but jake Paul a white man is posting him breaking In fashion square all over social media and nothing’s being done???? WHY??? — Quarantine Clitoria (@okvixky) May 31, 2020

Later that night, the online influencer once again took to his social media accounts to explain why he is around the mall area being looted.

In a lengthy statement, Paul said that he and his crew were only trying to film the chaos and made it clear that they were not partaking in any illegal activities.

He said that their group has just spent a day making a peaceful protest, but their attempt to film the scene led to being tear-gassed by protesters.

"We are gassed and forced to keep moving on foot," Jake wrote, adding that they were able to capture everything on camera.

Jake said that their only purpose is to bring awareness to the anger felt by the neighborhood.

"We were strictly documenting, not engaging. I do not condone violence, looting or breaking the law; however, I understand the anger and frustration that lead to destruction we witnessed," he added.

Jake ended his message by saying that it is not the time to attack each other but be united to help raise awareness.