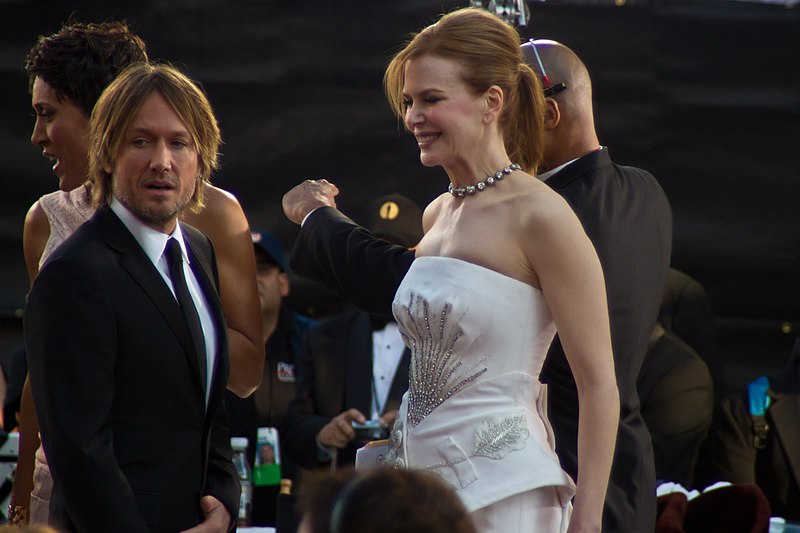 A Big Influence In His Music

In his most recent interview with Zane Lowe of Apple Music, the dad-of-two revealed the influence that his wife has over his music.

"She's got great taste in music - it's always visceral," Urban shared before going on to talk about how Nicole's unique taste has inspired him to look into his artistry from a new perspective.

"It's just like, I don't know who the artist is, I don't know what genre it is, I just love this song. It's all that matters to her. You know what I've learned from her is to be more fearless in artistry and go for the curious place you want to go as an artist, don't question it," he explained.

Keith continued to talk discuss about how his wife's broad interest has opened the doors for him to grow as an artist, per Hello magazine.

"Her whole thing is 'oh I'm interested in that, I'm going to go over there,' it's not like can I do it? That's definitely had a big impact on my music in the last five to six years particularly," Urban explained.

Keith and Nicole first met in 2005 at G'Day USA gala, and as they say, the rest is history. The 52-year-old singer and the "Undoing" actress are now parents to two daughters Sunday, 11, and Faith, 9.

Since that night at the gala that honored Australians in Los Angeles, the two have become inseparable. It looks like they have found the perfect formula for a long-lasting relationship: openness and creativity.

Keeping Busy During The Quarantine

The lovely couple is currently in isolation in their home in Nashville. While everything is on lockdown, the couple is much like any other parent with young children. They are struggling to keep the girls busy with various homeschooling activities.

Keith told Weekend Today that between the two of them, Nicole was the better teacher for their girls. He admitted that he wasn't as confident to teach their daughter as she was.

"It's definitely not me, given I was a Caboolture High drop out at 15. Nic is better at it than me, I failed music," he said.

While trying to homeschool their daughters, Nicole also makes sure that she's in great shape by going for quick runs around the neighborhood.

However, "The Hours" actress recently hurt herself. Messages of concern from her fans came when she was spotted wearing a moon boot.

Urban previously talked about his wife's little accident during his interview with The Project. He revealed that the accident happened while Nicole was on a run around the neighborhood. What seemed like her usual run turned out bad when she did not notice a pothole and rolled her ankle.

"She's been relegated to the boot for the last handful of weeks and is still sort of getting through it, but her spirits have been amazing I've got to say. She has been handling it way better than I would have," Keith Urban shared/

READ MORE: 3 Ways to Treat Yourself After Quarantine