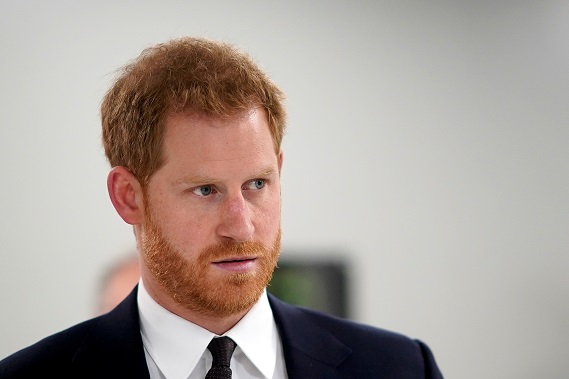 Prince Harry is reportedly missing one special royal role that it crushed him to give it up when he and his wife, Meghan Markle, stepped down as senior royals.

According to a former Invictus Games soldier, the Duke of Sussex reportedly said he wants to keep his position as the ceremonial head of the Royal Marines.

The former soldier spoke to The Daily Mirror, "We spoke about the Games. I was very respectful and did not ask him anything about his new life or anything."

"He simply said he misses his role with the Marines and would like one day to return to the appointment."

The 35-year-old prince was said to have been granted a review period, which could mean that there's a possibility that Prince Harry could return to his military positions next year.

As per the Ministry of Defense, the Duke of Sussex is still "technically" the Captain General of the Royal Marines, as the conversation took place just after the lockdown.

Another source alleged, "Harry was a breath of fresh air, the lads could relate to him, and he was a very popular figure who took a keen interest in his job."

In December 2017, Queen Elizabeth II formally appointed his grandson Captain General. He served for ten years in the British army.

He joined the army in 2005 after attending Sandhurst and being commissioned into the Blues and Royals cavalry regiment.

Prince Harry served alongside 40 Commando in Afghanistan and built up a rapport with the Marines.

He assumed the role in succession to his grandfather, Prince Philip. The Duke's association with the Royal Marines dates back 64 years to 1953 when he was appointed Captain General, just after King George VI.

When Prince Harry and Meghan Markle decided to step down, it also meant they were to give up their royal titles and duties.

In March, just as they were about to wrap their final engagements, it was reported that Prince Harry regretted having to stand down from his role in the military, as per The Sun, and was said to have felt like he was "forced" into it.

After entering into negotiations with the royal family after announcing his withdrawal as a senior royal, Prince Harry was forced to give up his military honors.

The father of one revealed his regrets during his last military engagement appearing at the Mountbatten Festival of Music at London's Royal Albert Hall alongside Meghan in March.

"He told people he regretted having to stand down and pretty much said the decision had been forced on him."

"He was being apologetic and did not appear fully at ease. Prince Harry is a genuine guy, and you could see he was upset and emotional as this was one of the last times he would be in uniform among his men and women."

In his speech at the festival, the Duke of Sussex said, "I am so proud to have served as the Royal Marines Captain and am devastated that I have to step down."

"I feel I'm letting down people, but I had no choice."