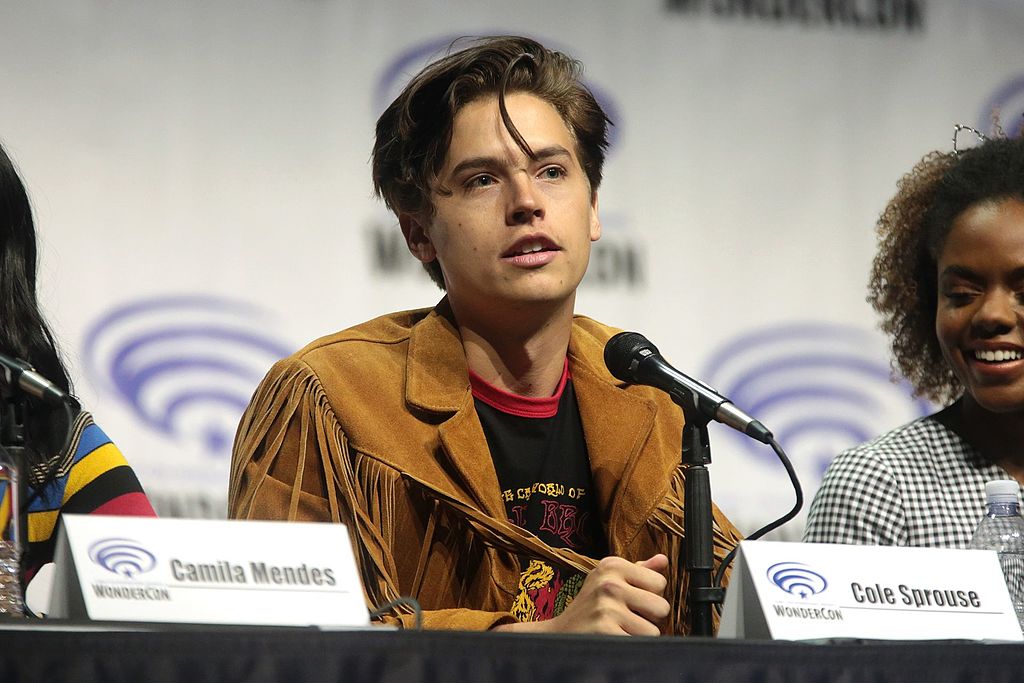 A few weeks after the news broke that "Riverdale" sweethearts Cole Sprouse and Lili Reinhart finally called it quits, the Disney alum was recently spotted with another girl.

And it is just no other regular girl -- it is the woman whose name has been dragged in Sprouse's alleged cheating with the 23-year-old actress.

Could this be a confirmation that they are now dating and Sprouse really cheated on Reinhart?

In the photos obtained by Hollywood Life, Sprouse and Gerber were seen on the protest with their friends Eiza Gonzales, Margaret Qualley, and Sprouse's fellow "Riverdale" star, Madelaine Petsch a.k.a Cheryl Blossom.

Although the group is all sporting a face mask while they marched alongside other protesters, the stars are still recognizable from their overall look.

Sprouse kept his protest look simple with a white tank top, black pants, black baseball cap, and a red bandana to serve as his face mask. Gerber, on the other hand, is sporting a navy crop top and jeans while completely incognito with grey face mask and eyeglasses.

Petsch also kept a low-key protest look by wearing a white shirt and black pants, paired with a green baseball cap and sneakers.

Sprouse and Cindy Crawford's daughter were spotted roughly a month after the "Five Feet Apart" actor shut down rumors that he is dating the 18-year-old model alongside his on and off-screen girlfriend for three years.

The cheating rumors started last April, but the actor was quick to deny it by posting a rant on his Instagram Story.

"I tolerate a lot of rumors and slander from people online claiming to be my fans. Fans who feel entitled to my privacy precisely because I never indulge them..." Sprouse wrote.

The cheating accusations blew up even further and led to the #ColeSprouseIsOverParty Twitter trend.

Later on, Reinhart found herself defending her on-screen partner by unleashing a Twitter thread rage. In the now-deleted series of Tweets, the "Hustlers" actress clapped back at the trolls and lectured them on how destructive it is to be cyberbullied.

Back On The Streets

Cole Sprouse is back on the streets to express his support over the ongoing "Black Lives Matter" movement. It has been a week since the actor was arrested for taking part in a peaceful protest in Santa Monica, California.

In an Instagram post, Sprouse shared his experience and recalled the series of events that led to his arrest on the 31st of May.

According to Sprouse, police officers were targeted and cornered them even if they were not doing anything illegal during the protest.

"We were given the option to leave and were informed that if we did not retreat, we would be arrested," Sprouse recounted.

"When many did turn to leave, we found another line of police officers blocking our route, at which point, they started zip tying us."