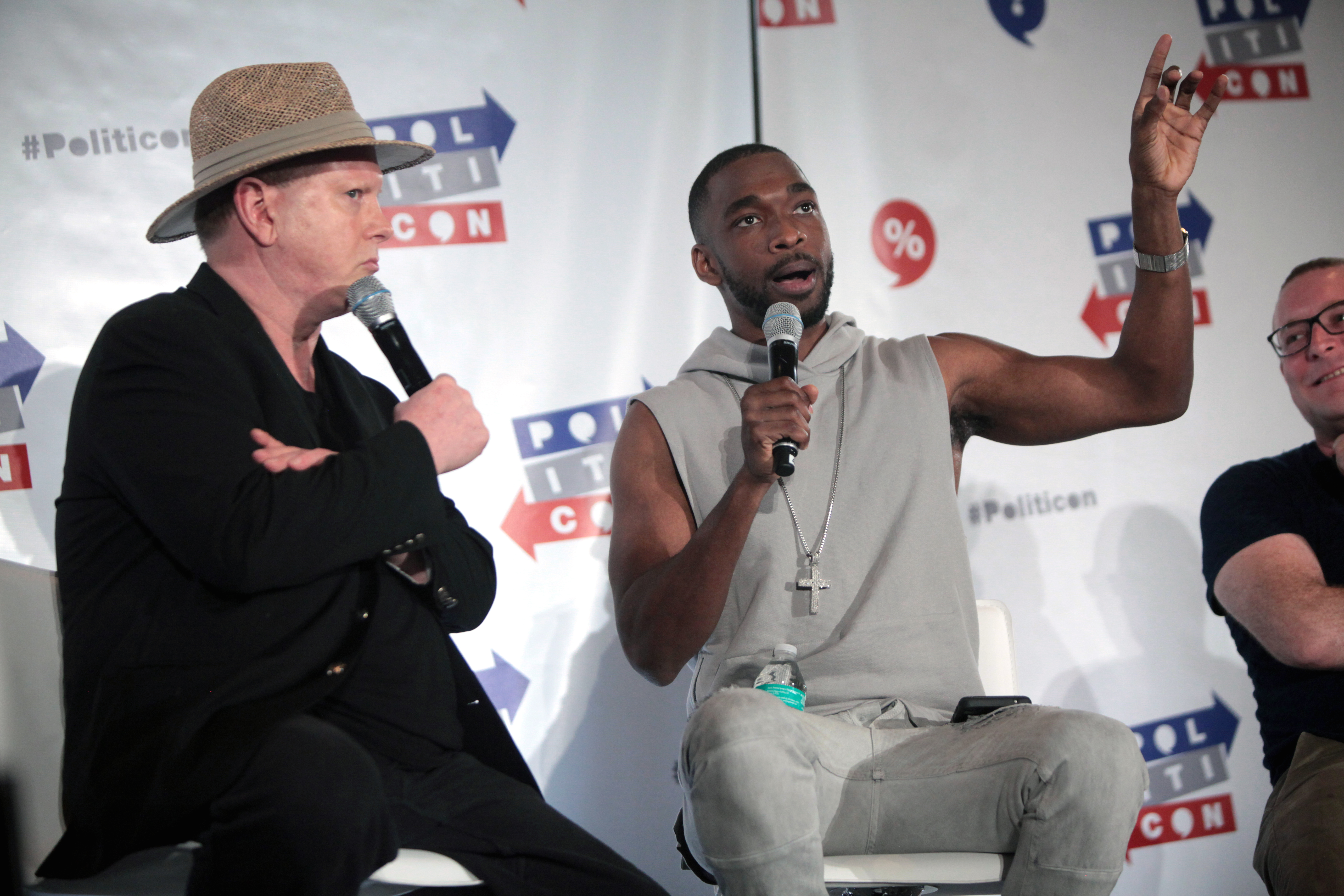 In a video he posted on Instagram, Pharoah detailed how he was detained like George Floyd by four white police officers months ago. The 32-year-old actor and comedian said he was exercising in Los Angeles before the policemen approached him and ordered him to get on the ground.

Pharoah complied with the police officers, much to his confusion though. According to the police, he fitted the description of a black man in the area with grey sweatpants and sweatshirt. When the policemen handcuffed him though, one officer put his knee on Pharoah's neck.

"I see him coming with guns blazing, I see him say 'get on the ground, put your hands up like you're an airplane.' As he's looking at me, I'm thinking that he's making a mistake. So I'm looking past where he's looking. I'm looking at him, and I'm looking past me 'cause I'm like, 'whoever they're about to get, it's just about to be terrible.' No, he was coming to get me," Pharoah narrated, as transcribed by Fox News.

"They put me in cuffs, the officer took his knee, put it on my neck. It wasn't as long as George Floyd, but I know how that feels. I said, 'why are you doing this? What's wrong?' They said, 'you fit the description of a black man in this area with grey sweatpants on and a grey shirt.' I told them, 'Google right now Jay Pharoah, you will see you made a big mistake.'"

View this post on Instagram
Proud to have collabed w/ so many influencers on this one, @theonlycarey thank you for allowing me to express my situation w/ temperance. #blacklivesmatter #BlackFilter #jaypharoah #blackandproudA post shared by  Jay Pharoah (@jaypharoah) on Jun 12, 2020 at 7:19am PDT

While Pharoah was eventually released after the police officers realized they had the wrong guy, it was still a scary experience for the comedian who had guns pointed at him for no reason. It is also his first time dealing with such incident, which he called "first-hand racism in America."

As mentioned, the incident reminds people what happened to George Floyd, an African-American man who died at the hands of four white police officers in Minnesota. Floyd was arrested for forgery, but the police officers treat him inhumanely during his arrest.

One police officer kneeled on Floyd's neck for almost nine minutes, with the unarmed African American pleading and saying he can't breathe. Floyd died on the way to hospital, with the autopsy reports revealing that his cause of death was because of "asphyxiation due to neck and back compression."

Floyd's death has sparked massive protests across the United States and around the world condemning police brutality and systemic racism. More and more people are also making a stand against racial oppression, with both celebrities and athletes joining the fight.

Jay Pharoah's video is certainly powerful, as it once again emphasizes the everyday struggle members of the African American community had to go through in the judging eyes of some policemen.

"Be in the know. I'm Jay Pharoah, and I'm a black man in America and my life matters. Black lives always matter. You always matter," Pharoah ended his video.