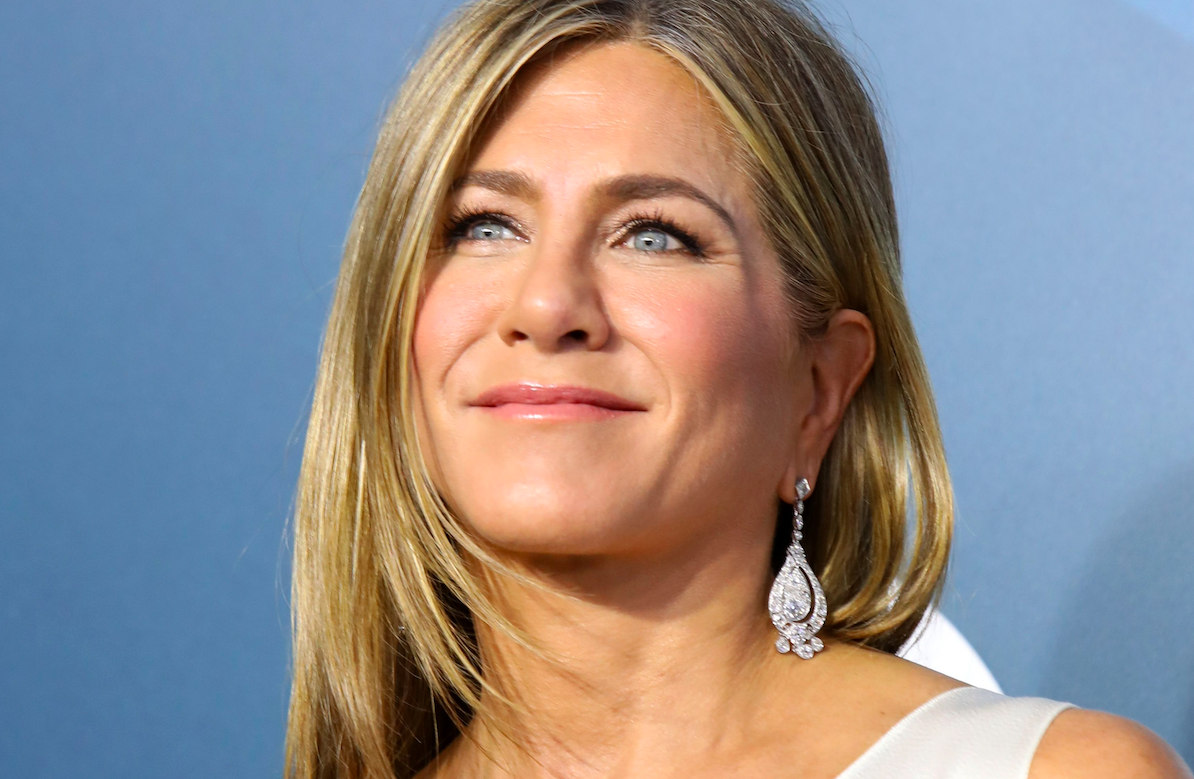 Prince Harry and Meghan Markle News: Jennifer Aniston doesn't need a crown to prove that she's the queen, or rather, princess.

An extremely childish Prince Harry was reportedly obsessed with Jennifer Aniston after seeing her naked body on the cover of GQ Magazine in 2009.

A new book claims that Aniston's racy photoshoot where she was only wearing a tie and nothing else blew the Duke of Sussex away.

The then-24-year-old Prince even called her "princess material" and also started texting the "Friends" actress.

According to the book, which would also come with a documentary, Prince Harry was able to obtain her phone number and started texting her emojis.

"Harry was infatuated with Jen for years. He told friends she was 'princess material.' He visited LA and was partying heavily with models there," author Ian Halperin claims.

"He told a close friend his favorite actress was Jen and got her number."

The author further shared from a source that Jennifer Aniston was aware of the young Prince's "crush" but didn't want to lead him on.

Aniston reportedly shied away from a date because of their 16-year age gap.

Though a spokesperson for the actress denied the claims, the 54-year-old author "stand by everything in the film and the book."

In 2009, when Prince Harry started feeling obsessed with Jennifer Aniston, she was not romantically involved with someone. At that time, it had been four years since her split from Brad Pitt.

Six years later, she tied the knot to American actor and producer Justin Theroux, but after two years, their marriage didn't last.

As per the author, Aniston's role model is Princess Diana.

Prince Harry, however, was able to end up finding his own "Rachel," as his current wife, Meghan Markle, was also named Rachel on the legal drama TV show "Suits," similar to Aniston's character in "Friends" where she's even named Rachel.

It was reported that Prince Harry was eyeing American actresses, while Meghan Markle is said to be on the lookout for a British beau.

In fact, Lizzie Cundy, a former friend of the actress, claimed that the Duchess of Sussex scrolled through her phone looking for football players to date before taking a liking to ex-England ace Ashley Cole.

Cundy also believes that Meghan Markle and Cole would make a great couple. At that time, Cole just split with his girlfriend, Cheryl.

However, it was reported that the former "Deal or No Deal" briefcase girl begged off meeting the football star after learning that he has a reputation.

Shortly after, Prince Harry and Meghan Markle were introduced to each other by a common friend.

In other Prince Harry and Meghan Markle news, New Idea claimed that the Duke of Sussex is drooling over Jennifer Lopez.

Meghan and Prince Harry had an intimate private dinner with J.Lo and her fiancé, Alex Rodriguez.

They claimed that the Duchess of Sussex was unsure if it was a good idea since she gets jealous of her husband and the singer's connection.