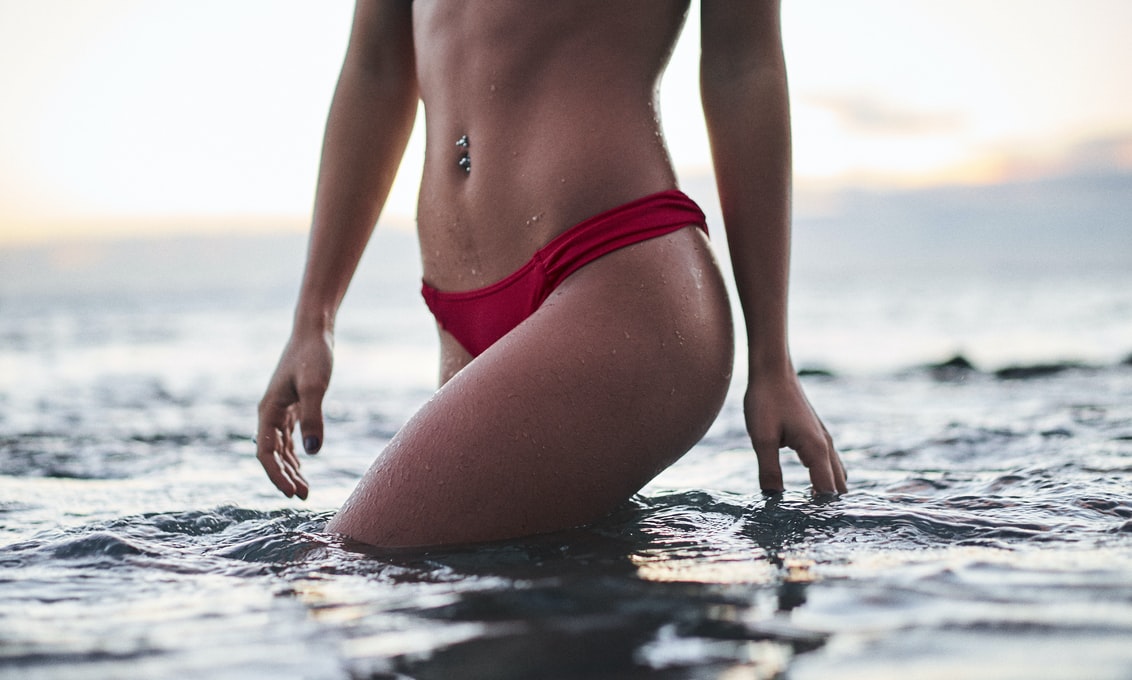 While the tension on "The Real Housewives of Beverly Hills" Season 10 is on a short break, Lisa Rinna took her precious time to bare it all in a new ad campaign.

Yes, you read that right. The 56-year-old TV personality just shook the Instagram world after uploading a series of photos wearing nothing but a pair of sunglasses.

In the photos she posted on Thursday, Rinna showed off her toned physique and went all out for the eyewear campaign of Christian Cowan X Le Specs sunglasses.

While the snaps taken by photographer Greg Swales featured the actress' totally naked body, it didn't look offensive or sensual at all. In fact, with her pro-poses and flex, Rinna's photos looked like it was taken out of a high-fashion editorial magazine.

Of course, her 2.4 million Instagram followers approved the thirst-trap snaps, while her family, friends and co-stars couldn't agree more.

Rinna's husband, actor Harry Hamlin, was the first to cheer on the photo. He had a huge proud hubby moment by saying: "THAT'S MY GIRL!"

Rinna's daughters Amelia and Delilah were surprised by the sexy photos and commented: "WAT WHAT" and "YOU ARE HOT."

Meanwhile, the mother-of-two's fellow castmate on "The Real Housewives of Beverly Hills" could not help but share their reaction on Rinna's jaw-dropping photoshoot.

"OH, MY GAWD. Please wear this to the Reunion," the 51-year-old Kylie Richards wrote.

While Erika Girardi was left with no words but, "YES YES YES."

On the other hand, the specs designer Christian Cowan chimed in on the positive comments and said: "Why wear anything when you look this good?"

If you're wondering how a 56-year-old relaity TV star has maintained that kind of body, Rinna previously shared her secret: prioritizing having a healthy lifestyle.

In an interview with OWN TV in 2015, Rinna said that she manages to be consistent with her goals to stay in shape.

"Luckily, I was born with good genes, first and foremost, and I know that, [but] I started working out at a very young age - I played competitive tennis - and I've worked out my whole life," she shared.

When it comes to her diet, Rinna told People magazine that she considers herself a "dirty vegan."

"I don't love to use the word diet because if I do, I'll just want to eat ten times more. Moderation is key. I'm mostly plant-based - but if I do need to eat some meat, I'll have it," Lisa added.

Rinna's risque photoshoot came after a controversial episode on the reality drama, which suggested that Rinna and her husband Harry Hamlin were no longer living under the same roof.

In the recent episode of RHOBH, the 68-year-old actor blurted out that he was living in a separate home from his daughters. Could this photoshoot make the veteran actor come running back home? We'll see.

READ MORE: Is The 'Friends' Reunion Still Happening? The TRUTH!

Where Can I Find Music For Film and TV Productions