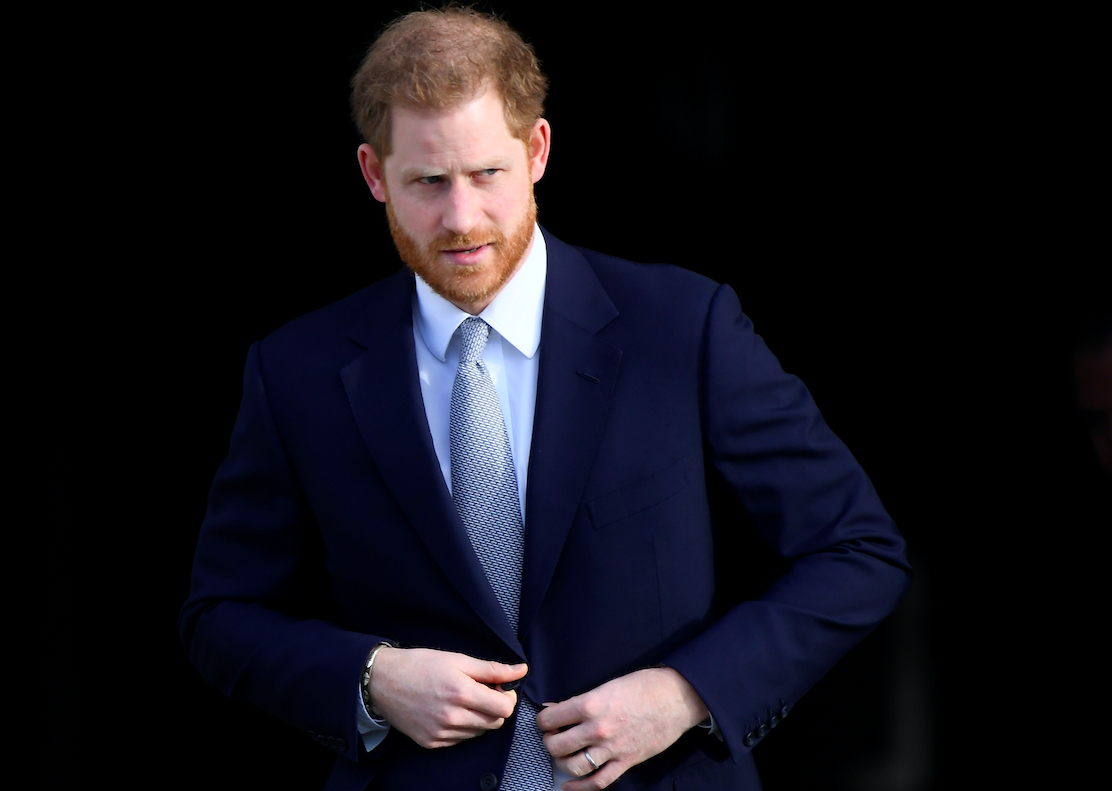 Did Prince Harry make a secret trip out of LA and went home to the UK for a quiet visit? According to a new report, he did, and he did it alone - without Meghan Markle and Baby Archie.

According to Woman's Day Australia, June 29 issue, Harry was spotted with his head down and moving quite urgently as he boarded a private jet. His flight was said to be bound for England's private Farnborough Airport.

It was also alleged that he was alone - no Meghan Markle nor Baby Archie in tow. It is unclear whether Markle even knew about this trip. Woman's Day Australia claimed that this sighting was revealed by an anonymous royal blog. It was picked up on by readers and the info spread across Twitter but was never confirmed.

The magazine also learned that locals living near Windsor Castle saw and heard some movement at Frogmore Cottage. Could Prince Harry have live there while he visited the UK? What is the urgent matter that compelled him to come home and yet, not let the public know? The public would love to see a reunion between the "prodigal son" and the rest of the royals, after all.

An exclusive source shared to Woman's Day, "You can sort of see it from the street and there are lights on occasionally," describing Frogmore Cottage. The source hinted that if it is not palace staff that is in there, it could very well be Prince Harry.

Given that the information remains largely unconfirmed, it may or may not be true. If indeed, the Duke of Sussex has left LA and has been in the UK, then he successfully crossed the borders that remain shut between the US and England. "Depending on his visa status, he may face a battle to get back to LA," the source explained.

The source even said that with President Trump's volatile policies and behavior, visa requirements can change all the time. Harry, regardless of who he is, may find himself barred until the US lift pandemic travel restrictions. But if he has truly boarded that private jet and went home, given all the things happening right now, there must be a good reason.

This reason is unclear but it must be truly a heavy and urgent one, involving his royal family. He would not leave Meghan Markle otherwise, or take a flight out of the US with pandemic level restrictions still in place. He would also not be keeping this a secret, since it is no crime to want and go back to his own family.

He has been feeling guilty like crazy for leaving them, a recent book revealed.

Making the situation more incredibly mysterious is the fact that Prince Harry and Meghan Markle have been quiet on social media lately. They even missed posting anything on Father's Day! It would have been the perfect opportunity for Meghan Markle to post something sweet, but none.

This is a far cry from the sweet phot Meghan Markle posted on Father's Day back in 2019.

A long-time royal watcher noticed that even though a tide of royal pictures got released on that day, Prince Harry and Meghan Markle did not seize the opportunity to release an artsy picture, something that was quite unusual for them.

An alleged friend of Markle told Woman's Day that if Prince Harry left LA, Meghan Markle probably did not agree with it. She was probably "blindsided by him leaving like this," the friend noted. Not only did she probably oppose Harry going home, she could also have been "desperately worried that he won't come back" because she knows deep down that Prince Harry no longer care about the LA.

Prince Harry reportedly misses his friends and family so much and that life in LA was not exactly how he envisioned it, partly due to COVID-19 and the continuous harassment or negative writeup of media about them. They thought they would get a little privacy in LA at least, but of course, that did not happen. They also have to scrape up enough cash to live as they are used to back in the palace and pay their hefty security fees. These are not the things he usually worried about.