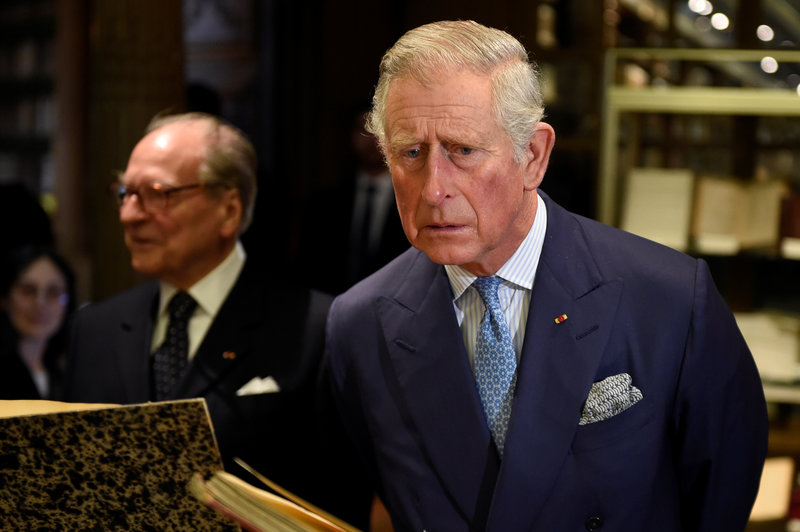 Far from what a future king should do, Prince Charles created plans that could harm the monarchy.

Queen Elizabeth II is yet to give up the throne for Prince Charles to take over as her heir apparent. But through the years, some royal watchers have been questioning the Prince of Wales' capacity to rule the monarchy.

Aside from his plan to slim down the monarchy, Prince Charles also reportedly wants to strip the guns of royal protection officers -- a leaked report revealed.

According to The Daily Mail, the royal prince's trained specialist officers unrolled their concerns in a report by the Metropolitan Police Federation.

The news outlet revealed that Prince Charles' plan mainly focuses on sending junior royals out in public while being accompanied by bodyguards with no guns. The officers allegedly said in the leaked documents that they would be playing Russian roulette if this would be pushed through.

After explaining how dangerous it could be, they slammed the senior Met police chiefs for prioritizing cost-cutting projects than ensuring the safety of VIPs and the members of the public.

This came after the same news outlet reported that the security protection for several senior politicians and leaders had been toned down.

"A protection officer relying solely on a Taser to neutralise an imminent threat to life is quite literally playing Russian roulette with their life and the life of their Principal," the report added.

The concerned officers also pointed out how Tasers, ASP (extendable batons) or CS spray "are not fit for purpose to defend against" a knife attack. Instead of protecting the VIPs, confiscating pistols from the officers will only add more threats to their lives and their principal's lives.

Although the said new plans will affect a huge number of royal family members, the leaked document also revealed the exemption under the new policy.

In the document, it is said that the Met Police personal protection officers, who are guarding Queen Elizabeth, Prince Philip, Prince Charles, Prince William, and the other core members of the royal family, will continue to carry guns with them.

Meanwhile, Prince Andrew is one of the affected royals, as his armed police cover has been downgraded to officers carrying Tasers.

The decision has been finalized by the Royal and VIP Executive Committee, a Home Office group. They chose who gets armed protection last year before the damning report reached the Scotland Yard chiefs in November 2019.

Daily Mail journalists Richard Pendlebury and Stephen Wright then mentioned how the radical change in police tactics could be related to unarmed police constable Keith Palmer's death outside the Houses of Parliament in March 2017 in the hands of the Islamic State sympathizer, Khalid Masood.

Prince Charles and the Buckingham Palace are yet to clarify the issue. But the police are hoping for reconsideration to assure their safety, as well as their principal's security.