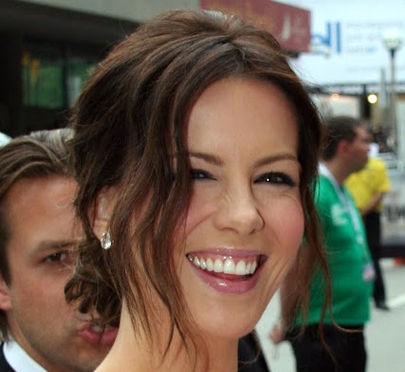 Kate Beckinsale is known to have younger suitors, because why not?

But while most of her romances with these younger boys did not last, her romance with Goody Grace just might be a cut above the rest.

According to Star USA, the "Underworld" actress, 46 might have found her true love in a man exactly half her age, Goody Grace, 23. But age does not matter and they are truly on the verge of proving it.

The two have been dating since January 2020, and going strong in the middle of the pandemic. An insider close to them told the magazine that Kate is positively crazy about him and the feeling is mutual, as Grace thinks Kate is the sexiest woman alive.

The public is actually privy to their developing romance. They already exchanged their "I love yous" on social media for all to see so people know they are a real deal.

Some people cannot help but comment on their 23 years' worth of age gap, but this hardly stops the two. No matter how many eyebrows will be raised, they do not mind at all especially since Kate truly finds Goody quite mature and smart, as a source revealed to People magazine. The source revealed that even Beckinsale's friends are skeptical about this relationship, but she is showing them that they have nothing to worry about. Her friends can now see that Grace treats Kate like a princess while Kate is raring to be with him all the time.

Recently, the two were snapped packing on the PDA. Social distancing on public, what is that?

After spending a considerable time on lockdown, the two decided to have some fun out in the sun and went for some shopping excursion.

The two did not shy away from how much they cannot keep their hands off each other though. Naturally, given the horrendous spike in the COVID-19 cases in California, the two wore protective masks.

If they cannot kiss each other, this does not mean they could not engage in some public display of affection. The two held hands almost the whole duration of the stroll.

Kate Beckinsale looked as fashionable as ever on this particularly simple date. She was wearing tight black denim jeans and white t-shirt.  She amped it up with a black pinstripe blazer as well as with black pointed boots. Goody Grace looked as fashionably laidback too.

According to Daily Mail UK, as the two strolled, they would often turn to each other and give each other a seductive look, making sure no one mistakes the kind of relationship they have. It was apparent how much they like each other. Considering Beckinsale has a black sunglasses over her eyes, it was still obvious how happy she was to be with Grace.

Grace did not keep his eyes hidden and so it was quite transparent how much he adores the woman whose hand he did not let go of in the duration of the entire walk.

The actress knows how much her trolls are bothered by her dating life. One Instagram user recently asked her why she kept dating guys even younger than her children and Kate clapped back just as harshly.

"Every relationship I have had has been solely to annoy you," she replied, implying to the troll that her dating life should not even be his or her business.