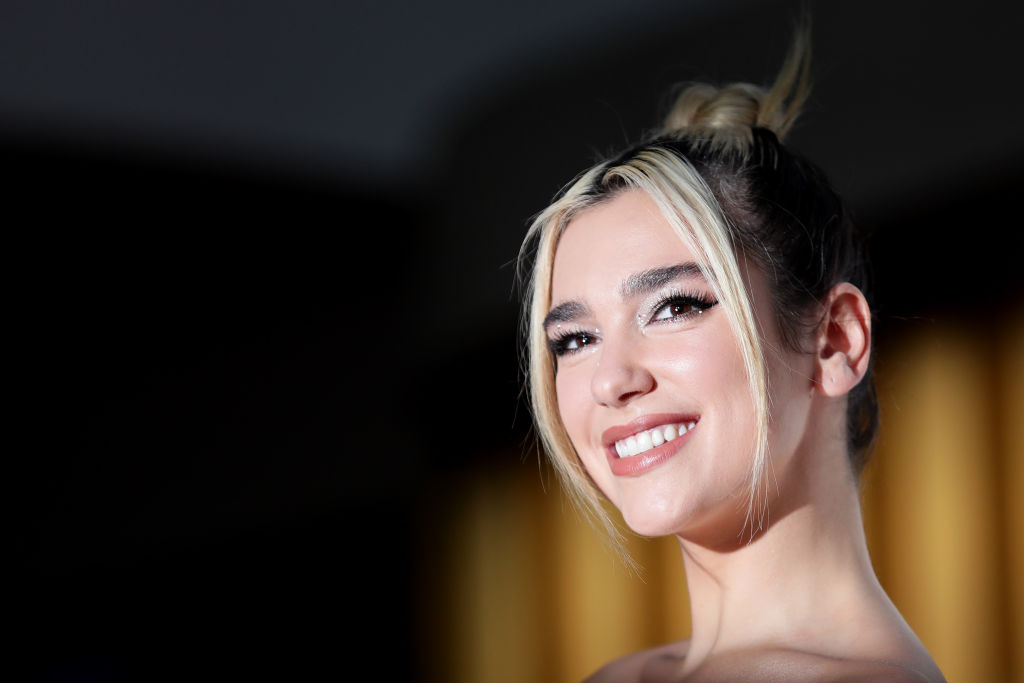 Dua Lipa made her fans' hearts beat even faster by showing her killer curves online.

On Sunday, Dua rewarded herself a vacation with her boyfriend, Anwar Hadid, in St. Lucia. During her much-needed break, the singer put on a rare cheeky display.

The 24-year-old "Don't Start Now" hitmaker gifted her 47.9 million Instagram followers a photo set of her in a black thong bikini.

Aside from pulling off impressive poses to highlight her slim physique, her numerous tattoos can also be seen in the photographs.

Dua's update now has 4.4 million likes as of writing, and her followers have been leaving compliments on the comment section.

Earlier this week, Dua also posted a series of selfies on her Instagram account, showing the crocheted bikini that left little to the imagination.

"I was in a little town just outside of Tokyo hunting for vintage toys where I saw this old, faded Care Bears poster with the tagline: 'I guess everybody stopped caring,'" Giuliano Calza, the designer behind it, explained.

Since Dua and Giuliano are good friends, the "Scared to Be Lonely" singer became one of the first personalities to wear the design.

Meanwhile, aside from showing off her figure, Dua recently made headlines after she made a statement on female equality.

Dua Lipa On The Needs To Protect Herself As A Woman

Dua's recent album "Future Nostalgia" contains the song "Boys Will Be Boys," which talks about what it feels like being a girl and having to "avoid confrontation from men to avoid sexual harassment."

"It's about the growing pains of what it's like to be a girl. For me, that was walking home from school and putting keys through my knuckles. So much of the human experience for women revolves around men; how they make us feel, whether that is good or bad ... Girls have to go through so much," Dua previously said.

After she made the strong statement, she sat for an interview with ELLE UK for its August issue and talked about female equality in workplaces.

According to Dua, her song "Boys Will Be Boys" actually talks about her personal experiences and growing pains as a woman.

"We've all tried to avoid confrontation, or worn something we didn't really want to wear in order to protect ourselves," she explained. "We've all been like, 'Oh, I can't bear the idea of wearing this short dress and then hopping on public transport to get to the party.'"

Because of what she felt, she expressed that she wants to work with more female producers in the future. Dua Lipa reasoned out that a place can be intimidating for younger artists if she will be inside an all-male studio environment.