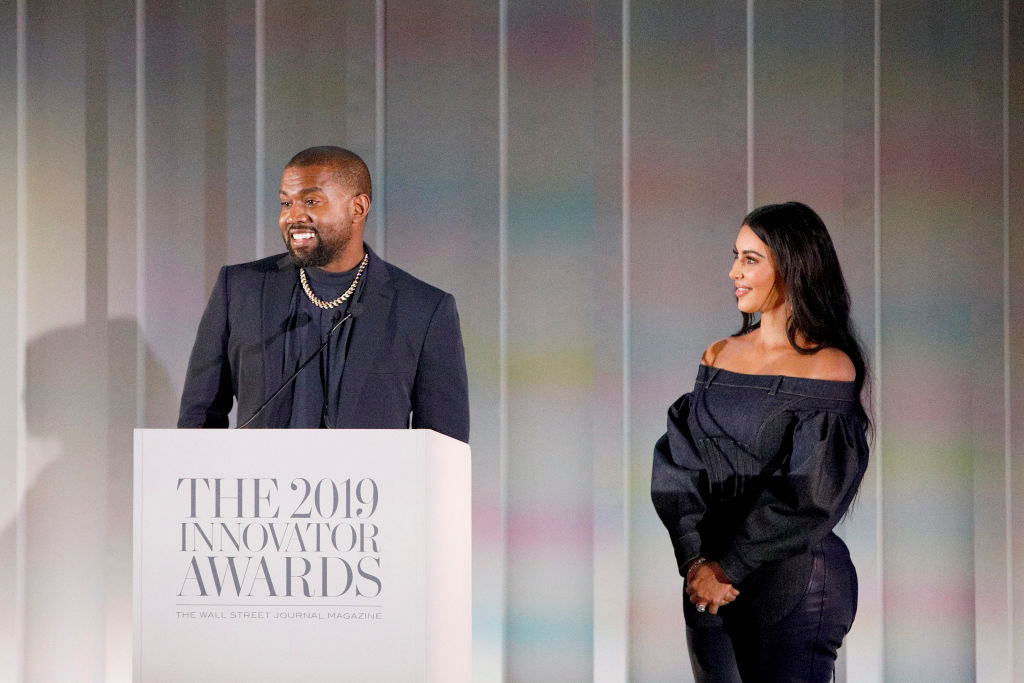 Over the weekend, Kanye West rocked the internet to its core after announcing his plans to run for the presidency this coming November 2020 elections.

In a Twitter post on the 4th of July, the 43-year-old rapper said that the people of America must unite to build the future and allow America to live up to its promise. That is why he is running for President to make that #2020VISION happen.

But even before officially filing his candidacy, all eyes immediately pan all over Kanye's wife, Kim Kardashian, who could become the next first lady of America if the rapper wins.

Just like the rest of the internet, it looks like the "Keeping Up With The Kardashian" star was also left speechless with her husband's announcement as she just reposted Kanye's tweet with an American flag emoji.

While the 39-year-old beauty mogul chose to stay quiet and go back to promoting her products on social media, people could not help but drag her to the conversation and express their emotions about how Kim could be the future first lady, next to Melania Trump.

The idea of having a model/socialite/reality TV personality/former sex tape star as the next first lady drew mixed reactions from the internet and tons of memes that could make your jaw lock from laughing.

Thinking about having the mother-of-four as the next first lady got other Twitter users "nauseated," while others say that America's future is over and the country is so f*cked up under the Wests' administration.

Some people swore to leave the United States if the "KKW Beauty" mogul became the first lady.

"Kanye West is running for President....which could make Kim Kardashian the first lady... I want OUT of this country no joke," one Twitter user wrote.

Meanwhile, others came to Kim's defense and accused those who oppose the idea as misogynistic, as they are more concerned with the image of the first lady rather than focus on the candidate's credentials for the job.

"Stop slut-shaming Kim Kardashian as your excuse not to want her to be the first lady. It's misogynistic," one fan wrote.

"I don't think that would be so bad. Kim has been studying for a law degree and has helped a number of people to receive justice and get out of prison, a lot more than Melania has done, as far as I am aware," another one added.

While Kim is known for her incredibly curvy body and that unfortunate sex scandal in the past, the Instagram queen has been leveling up her style game as if she is ready to rock the White House.

Aside from her signature skimpy dresses, Kim can also rock a tailored suit, which gives her an ultimate boss babe/ first lady vibes. See some of Kim's White House looks below: