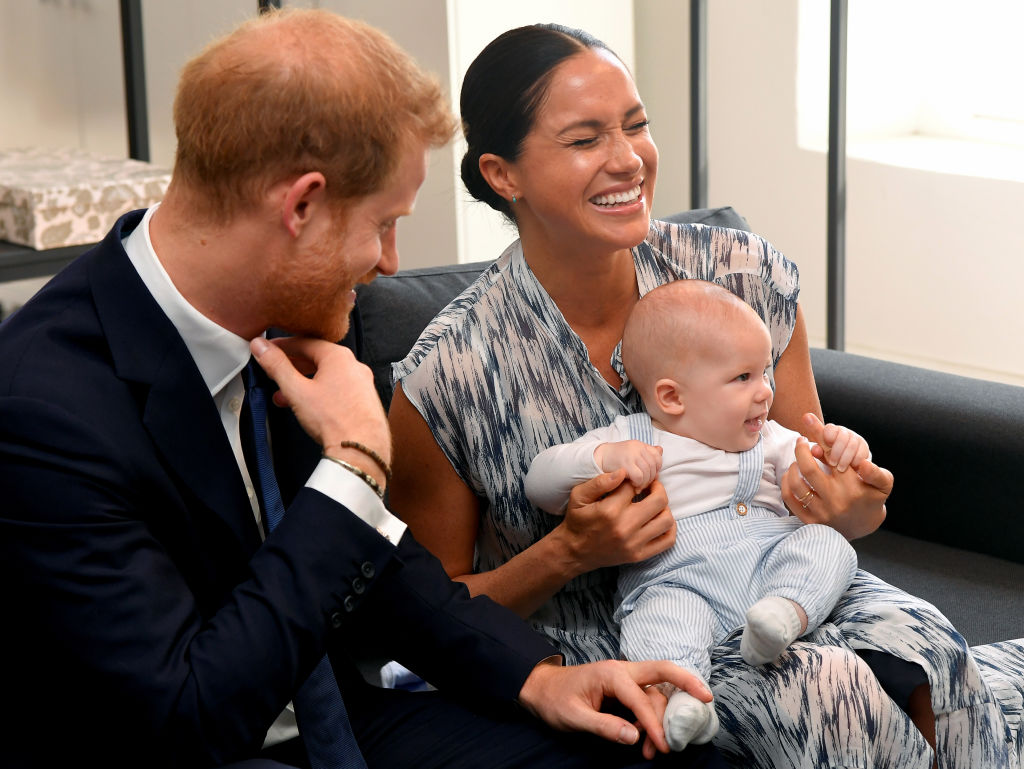 Months after Prince Harry and Meghan Markle dropped their bombshell decion to step down as senior members of the Firm, the couple relocated to the U.S. as they seek independence outside the monarchy.

The Duke and Duchess of Sussex, alongside their 1-year-old son Archie Harrison, are said to be living in a rented $18 million hilltop mansion in Beverly Hills, which is owned by media mogul Tyler Perry.

Meghan Markle "Too Famous" To Blend In With Normal Families

As the family of three tries to live an ordinary life thousand of miles away from the royal family, it was reported that the runaway duchess is struggling to blend in with "normal" families.

According to the Daily Mail, Meghan's popularity has affected her bonding activities with her son, including going to mom-and-baby classes, because she is "too famous."

"Meghan said Archie needs to learn emotional and social skills by being around other young children, something he can't do with adults," an anonymous friend told the news outlet.

Moreover, the 38-year-old duchess has reportedly been wanting to attend the sessions a few times a week to help with baby Archie's "brain development," but she's struggling to get involved because of her fame.

"Meghan said ideally they (she and Archie) would be in a baby group class that met in person a couple of times a week. This would give Archie the opportunity to play with other toddlers and help develop his brain," the source added.

With this, the source furthered that the former "Suits" actress has been taking "advantage of connecting with others online and on Zoom, but says it's just not the same as in person."

In more related Meghan Markle news, the couple -- who have been actively participating in humanitarian issues since the onset of the Black Lives Movement campaign -- took part in a virtual conference with young leaders from the Queen's Commonwealth Trust earlier this week.

Although they have been stripped off of their HRH titles, Prince Harry and Meghan remained the president and vice-president of the said charity.

However, the 35-year-old prince faced a wave of backlash from the public and royal experts after he criticized the Queen, as he urged the Commonwealth to "acknowledge" its uncomfortable colonial past.

"When you look across the Commonwealth, there is no way that we can move forward unless we acknowledge the past," he mentioned. "It's not going to be easy, and in some cases, it's not going to be comfortable. But it needs to be done because guess what: Everybody benefits."

The Duke of Sussex's bold statement appeared to be a swipe at the British empire, most especially to Her Majesty the Queen, who has been the head of the Commonwealth over the years.

Following this, The Sun's royal photographer Arthur Edwards said that although the former royal is entitled to express his opinions, he "simply lost the plot" by "insulting" and questioning the Queen's achievements.