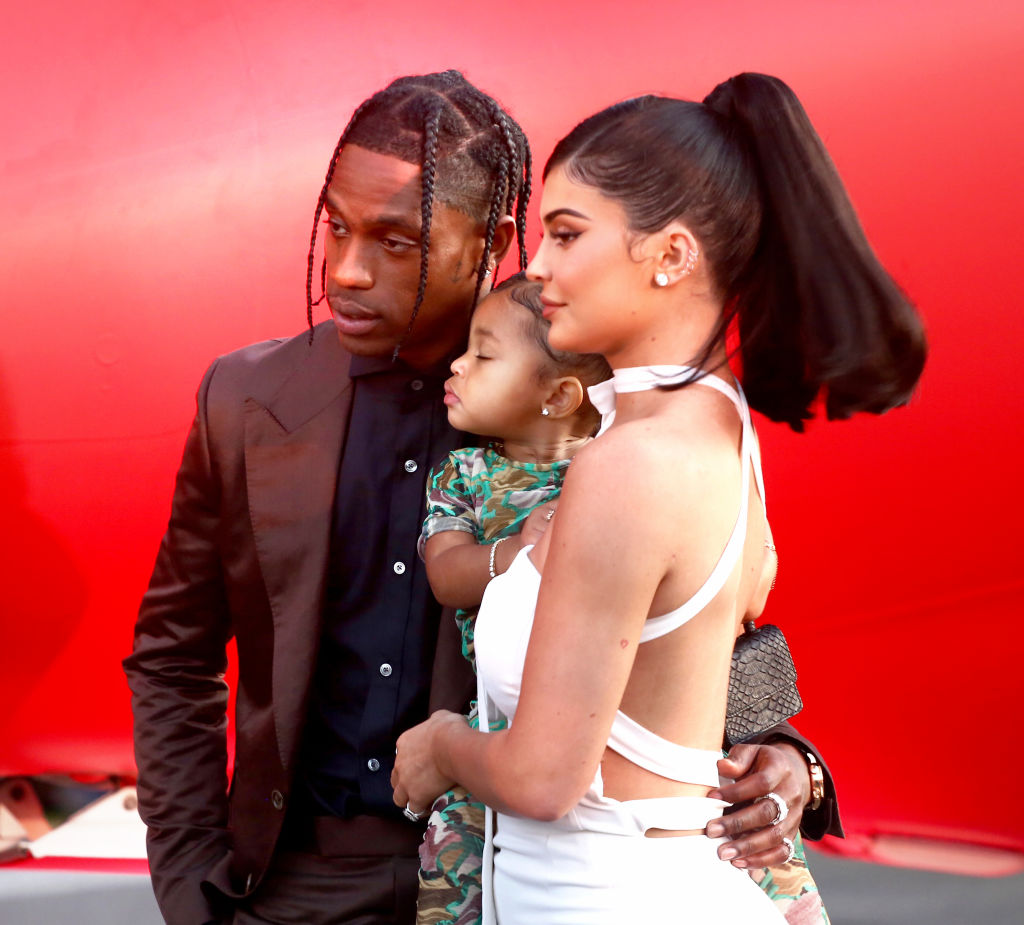 While Kylie Jenner seems an open book in her social media, she's also a strong and serious businesswoman. She would not reach her billionaire status at such a young age if she is not.

But even if she's comfortable in her own skin (see Instagram), this does not mean she would not be shaken if her alleged sex scandal video would leak out in public.

An insider told Star (July 20 Edition) that Kylie's friends themselves are gossiping about her sex tape already having leaked out and circulating. After her billionaire status was recently called out, the insider said Kylie is frustrated that this is even happening to her. "She's freaking out because this is not the kind of attention she wants right now."

A rep however, denied Star's story. Since this is the likely response anyway, a mere denial is not doing a lot to discredit this report.

Star also claimed that even though Kylie Jenner seems so big and so famous, and has been a reality star for so long, she's not one to be careless with her privacy. She can really be private about things that matter to her. In fact, she was able to keep the fact that she was pregnant with Stormi until she gave birth already. This is why if a sex video is to be leaked, this will terrify Kylie Jenner.

No matter her camp's denial, the friend's is adamant that Kylie Jenner has made a name for herself as a "sex siren and a social media star," hinting that it is not impossible for her to have a sex video in circulation.

The friend added that to reach that point of stardom, Kylie Jenner did a lot of mistakes on the way, including the sex video.

Star also learned from Jenner's so-called friend that if a sex video is to be leaked out and enter public's consciousness, Kylie is prepared to do crisis management. She's going to bring in the expert at such crises, none other than Kylie Jenner's mom, Kris Jenner. According to the insider, "she and Kris have made these things disappear in the past." She added, "that's the benefit of being a billionaire!"

She has more to lose now if a scandal were to break out. It's not just her reputation or the family's reputation, since the family has already undergone so many scandals of the same nature in the past.

However, she already has a 2-year-old, whom she adores and loves so much. Her Instagram account shows a balance of her sexy photos (usually to market her own Kylie Cosmetics products), and of Stormi. In fact, it's impossible to think so negatively of her (like some in the past) even if she's posing with a lot of skin, because her Instagram is already being taken over by Stormi's cutest videos and pictures.

She's presently being bashed for giving Stormi a bag worth $1180, but this does not erase the fact that she's a mom who would do everything for her kid.

Kylie Jenner is an amazing mom, given how healthy and happy Stormi seems. For a sex video to leak and remain in the internet forever can do so much more damage to her reputation, but also on what Stormi thinks of her. Even though sex video leakers are the bane of society and are the real criminals, society has a way of shaming women who love to be openly intimate and this is not changing anytime soon.