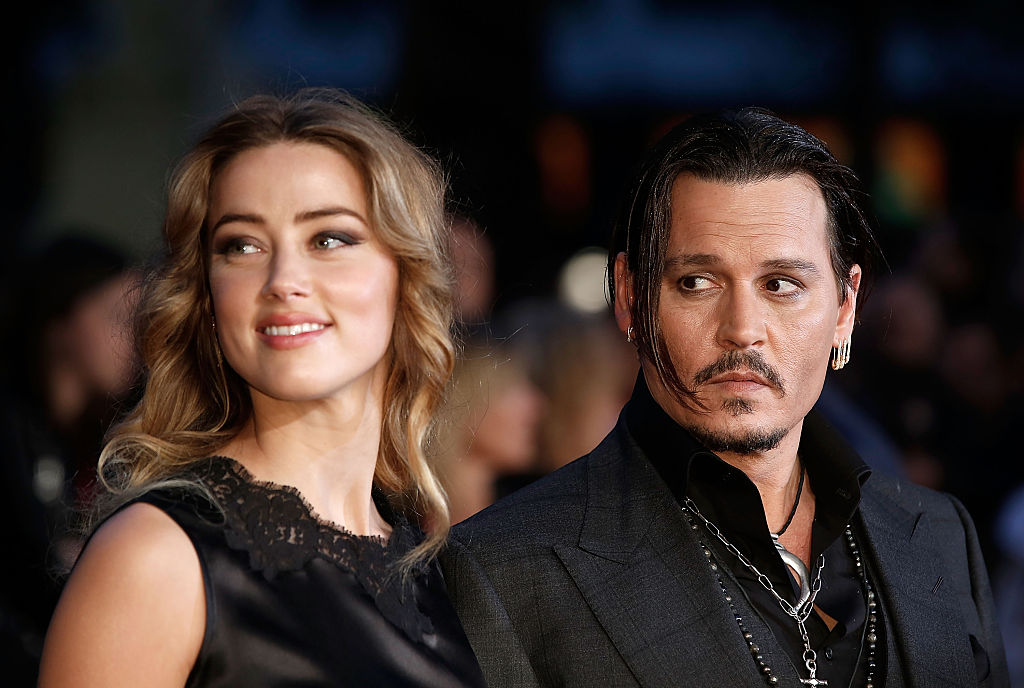 The bitter court battle between Johnny Depp, Amber Heard and News Group Newspapers continues as more and more high-profile celebrities are being dragged over in the case.

In a written statement to London's High Court, the "Aquaman" actress claimed that the "Pirates of the Caribbean" star accused her of having multiple relationships during their marriage.

"He accused me of having affairs with each of my costars, movie after movie: Eddie Redmayne, James Franco, Jim Sturgess, Kevin Costner, Liam Hemsworth, Billy Bob Thornton, Channing Tatum; even women co-stars like Kelli Garner," the 34-year-old actress revealed.

Heard have worked with the younger Hemsworth for their 2013 thriller film "Paranoia," while she and Franco have worked twice during their 2008 action-comedy "Pineapple Express" and 2015 crime thriller "The Adderall Diaries."

In addition, Depp also accused the blonde beauty of having an affair with fellow Hollywood A-lister and Oscar nominee Leonardo DiCaprio, whom she once auditioned with.

Heard revealed to the court that "The Lone Ranger" actor would usually mock her with these claims when he's high on substance.

"He also accused me of having affairs with stars I auditioned with, like Leonardo DiCaprio. He would taunt me about it --especially when he was drunk or high -- and had derogatory nicknames for every one of my male co-stars he considered a sexual threat," Heard alleged.

She went on and continued that Depp has a list of insults for her co-stars, calling the "Inception" actor a "pumpkin-head" and "Magic Mike" star a "potato-head."

Tatum, on the other hand, immediately denied the allegations and described this as "nonsense" and "untrue."

"This is complete nonsense and absolutely untrue," the "Step Up" star's representative told E! News.

The "London Fields" actress also pointed out that his ex-husband has a "controlling and isolating behavior." She recalled the moments when Depp would try to catch her on the phone by telling her that "someone had" informed him that she "was having an affair."

Heard's recent claims were part of the 14 different instances of abuse against Depp, to which he all denied.

Aside from his court battle with Heard, the "Sleepy Hollow" actor is also suing News Group Newspapers, who owns the British tabloid The Sun. The said publication labeled him as a "wife-beater" in the wake of his controversies with Amber.

To recall, executive editor Dan Wootton wrote a 2018 article titled "GONE POTTY How can JK Rowling be 'genuinely happy' casting Johnny Depp in the new Fantastic Beasts film after assault claim?" In the piece, Wooton pointed out that the renowned author is facing a massive backlash from the #MeToo movement over her decision to stand by the actor amid the abuse allegations.

Meanwhile, during their previous trial, the 57-year-old Depp claimed that Heard attacked her while citing testimonies from their former and current employees.

Heard opposed Depp's accusation and revealed that any acts of violence she's accused of committing were done in "self-defense."

Johnny Depp, Amber Heard and NGN are in the midst of a three-week trial in the U.K. With that said, more allegations are expected to surface as both camps launch their claims and evidences.