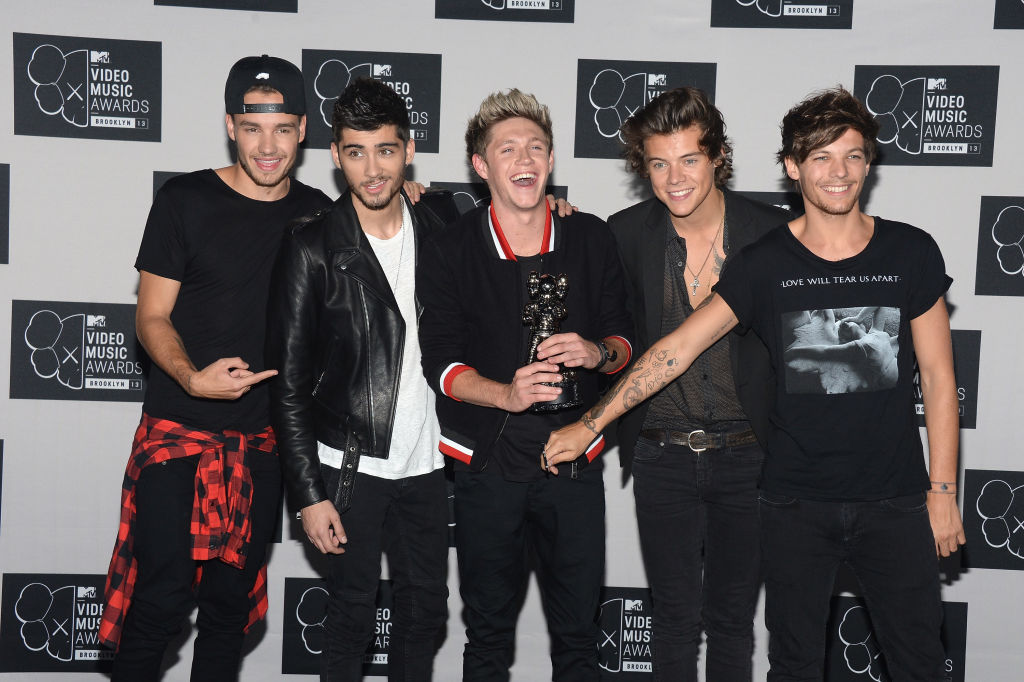 It's the 10th anniversary of One Direction, and since their hiatus in 2016, they still haven't given the fans what they want - a comeback reunion.

While waiting for that to happen, here are some of the most iconic 1D moments in the last decade.

Scroll through to see them all as you listen to "History" on repeat from their last album "Made in The AM" as you anxiously wait for them to come back.

Niall Horan, Louis Tomlinson, Harry Styles, Zayn Malik, and Liam Payne all auditioned for the ex-factor in 2010. At that time, it was unfortunate that they got rejected as solo artists.

Luckily, the first rejection could have been the end of the road for the young boys. The X-Factor judges decided to pick the five of them and put them in a group together.

It became the beginning, and it's something that many Directioners should never, ever forget.

Later Finding Out That They Can't Dance

From the get-go, many fans saw how the boys of One Direction couldn't really dance.

Since then, they haven't had any choreographed dance routines because it's just painful to watch. Luckily, they're better off not doing it at all.

The boys' first single was "What Makes You Beautiful."

Their first album, "Up All Night," released in 2011, immediately went straight to #1 in several countries all over the world.

They also had their first tour in December 2011, so they could promote their album. At that time, they were only selling auditoriums and little assembly halls. Years later, their tours are just historical.

Niall, Louis, Liam, Harry, and Zayn also appeared on "Saturday Night Live" in April of 2012 to perform their first single.

Fast forward to a couple of months later, they got their first VMAs for Best New Artist, Best Pop Video and Most Share-Worthy Video.

Later on in their career, they earned billions in tour and of course, even more awards for One Direction.

Performing at the Olympics

It's no shock that this band of four British dudes and one Irish boy was invited to serenade the audience at the 2012 Olympics.

One Direction performed at the closing ceremony in London, where they sang "What Makes You Beautiful."

"This Is Us" Movie

The guys of One Direction starred in their first-ever movie as themselves in 2013. The entire documentary film showed these five boys on how they were during the "Take Me Home Tour."

They invited interviews, went to their hometowns, performed a cover of "Teenage Dirtbag" and many other iconic moments.

Louis, Niall, Harry, Liam, and Zayn live-streamed for seven hours of just them and the fans.

Release of Their Album Midnight Memories

This album is famous because out of the 18 songs on the deluxe CD, 15 are credited to at least a member of the band.

That album showed their mature side, segueing from the young boyband image in their first two albums.

Not only did the boys perform in front of the royal family twice, but they were also able to meet Prince William and Kate Middleton.

Performed with An Icon

In December 2014, One Direction performed their song "Where Do Broken Hearts Go" with The Rolling Stones guitarist, Ronnie Wood, for The X Factor.

This was the last album Zayn Malik is on as a couple of months later, and he quit the band in March 2015.

That only meant they were only "four" of them in the band now.

A month before their final performance after Zayn Malik left One Direction, the four men performed "Torn" by Natalie Imbruglia, in the BBC Radio 1 Live Lounge.

This is the song that they performed early on at The X Factor Judges' Houses in 2010 just before they go on a "hiatus."

READ MORE: 10 Celebrities Who Would Rather Lose Their Jobs Than Work With Each Other Again