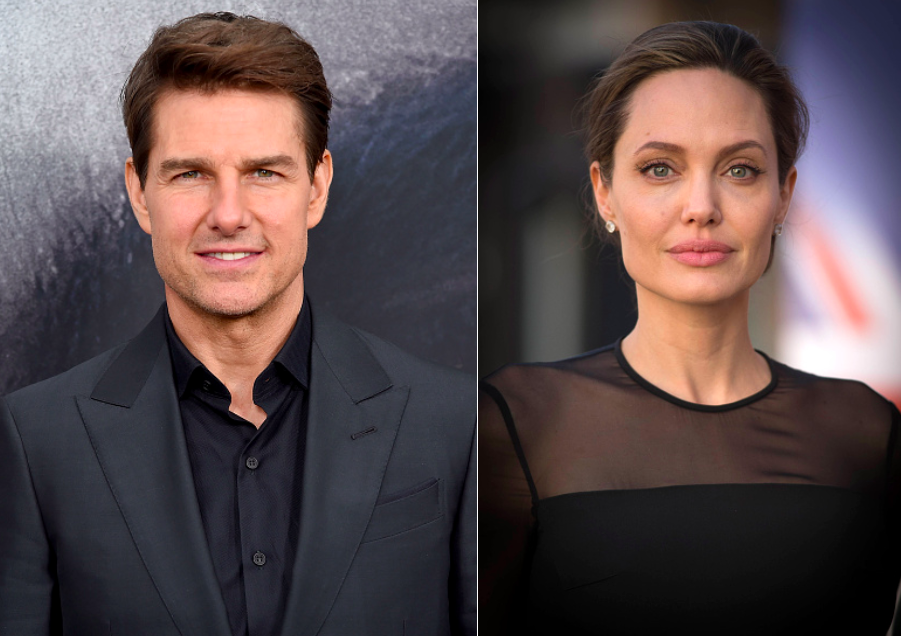 Is Tom Cruise that desperate to get himself a new wife?

According to a New Idea report, the 58-year-old film star reportedly proposed to Angelina Jolie for her to become his wife.

In the magazine's article titled "Tom's Indecent Proposal to Ange," Cruise allegedly called the "Maleficent" star for a "dating opportunity."

After all, Cruise is single, and Jolie is single as well.

A friend close to Cruise revealed to the publication that the "Mission Impossible" star asked Jolie over the phone.

The brunette beauty reportedly "politely decline the offer." As it turns out, the 45-year-old Angelina Jolie is focusing more of her time on her kids.

The unnamed friend revealed that Cruise was "pretty hurt," as Jolie is his type, "and he thought it was a great offer."

But Angelina Jolie wasn't the first person that Cruise had his eye on ever since he became a single man.

Demi Moore, Ashton Kutcher's ex, was said to be Tom Cruise's choice to be his "Scientology bride."

In a report by NW last year, Moore is on the verge of joining the controversial religion, and Cruise was seemed to be the one who was recruiting her.

A tipster told NW, "They became great friends and stayed in touch, but lately, things have been heating up."

"Friends are convinced Tom's going to make Demi his next Scientology bride."

The tipster further revealed that Cruise and Moore have fantastic chemistry together, and the "Top Gun" actor's friends in Scientology is said to be excited to "immerse Demi into the teachings of the church."

During their secret dates, the tipster claimed that Cruise and Moore always include lectures about the church.

This "Indecent Proposal" by Tom Cruise is quite similar to the movie that starred Robert Redford, Demi Moore, and Woody Harrelson.

Gossip Cop debunked these stories, saying that Tom Cruise offering both ladies to be his new woman are all false.

The publication also mentioned how Angelina Jolie and Tom Cruise have not starred in any movie, not even friends.

There were even rumors in 2017 swirling that two were secretly hooking up, just after Jolie decided to divorce her then-husband, Brad Pitt.

But there was never any truth to that story.

In 2010, Tom Cruise was also supposed to star in the movie "Salt," but left the production after the director, Phillip Noyce, came into the picture.

Angelina Jolie and Tom Cruise may haven't worked together because of their creative differences.

Cruise is said to be too demanding and wanted to change too many things in the story.

With Jolie starring on "Salt," who took over Tom Cruise's role, the movie became successful and is credited with fantastic performance, which probably left him remarkably displeased. And perhaps a little hidden resentment for the "Tomb Raider" star somehow.

On-screen, it may also never work for both of them as Jolie is taller than Cruise, and is younger than him. Additionally, many believe that their personas would simply crash on set.