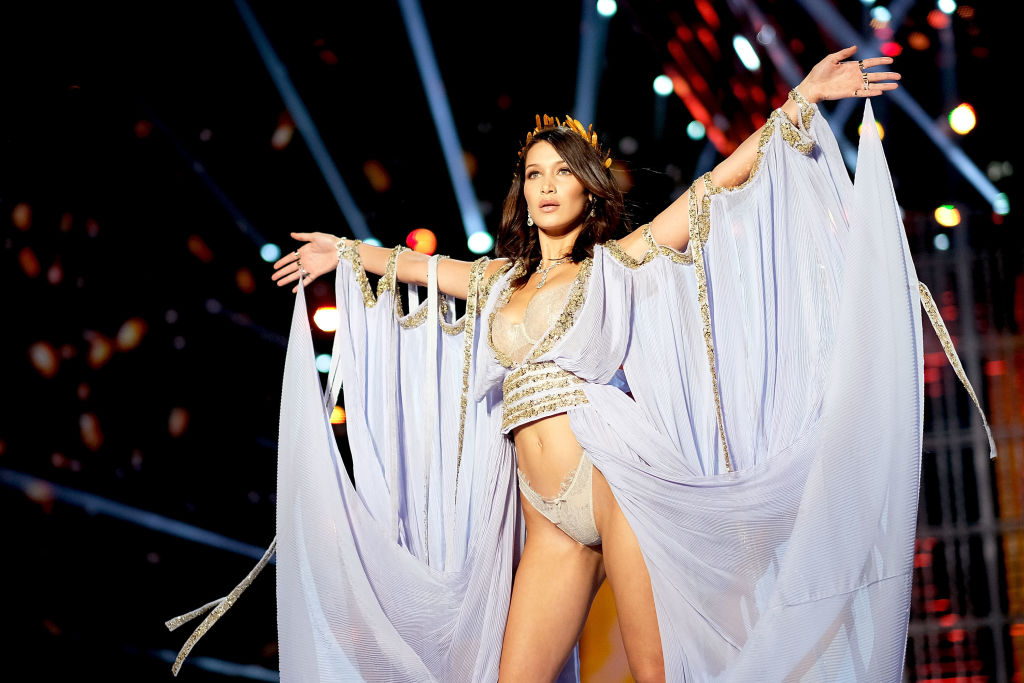 Since the onset of the COVID-19 pandemic, supermodel Bella Hadid has been using her platform to encourage the masses to stay home and observe government-mandated protocols.

Now, it appears that the Victoria's Secret model is not only educating her 32 million Instagram followers but also the New York City Police Department.

This came after the runway royal took to Instagram stories to express her dismay over the NYPD officers who were spotted not wearing masks and ignoring social distancing amid the COVID-19 pandemic.

In the first photo, Bella Hadid posed in front of the cops with her arms folded in disapproval.

"Wear a mask. You guys look goofy," her caption read, with an arrow pointing to the three officers.

Meanwhile, in her second photo, she flipped her middle finger to five NYPD policemen who were standing far behind her. The 23-year-old supermodel wrote: " "WEAR A MASK. hi, @nypd masks are for all of our safety, not just urs...:)"

On the other hand, fans have mixed reactions regarding the Vogue cover girl's IG rant.

One user sided with Bella Hadid and mentioned that as officers, they should lead by example and not the opposite.

"They are supposed to lead by example, pretty simple. A COVID test only lets you know if you are positive or negative at that moment. If you come in contact with anyone that has it a minute later, we'll guess what?"

Another supporter even called the runway stunner as "the queen of activism."

Unfortunately, there are also fans who were offended by Bella Hadid's actions.

"Make your voice heard, not your finger, have the courage to confront, not with your back turned and using the finger," one wrote.

Another critic even accused the supermodel of doing it for publicity: "Anything for the 'gram, if she had any guts she would have done it when they were looking at her not when she is a block away."

Meanwhile, another user pointed out that Bella owed the cops an apology for her inappropriate behavior.

"Personally, I believe she owes the police officers an apology. She also needs to set a better example for others... giving the middle finger to others just shows a lack of class. She's just insulted her parents who I'm sure raised her better."

It appears that the younger Hadid is in the Big Apple for her upcoming projects.

According to Elle, her luxurious loft apartment has two bedrooms, two bathrooms, a private roof terrace, walk-in closets, and a back-lit wine room that can hold up to 100 bottles.

Prior to her trip to NYC, the Dior muse spent months in quarantine in their family's Pennsylvania farm alongside her mom and "The Real Housewives of Beverly Hills" star Yolanda, as well as her older sister and fellow Victoria's Secret Angel Gigi Hadid -- who is currently pregnant with their first child with boyfriend Zayn Malik.