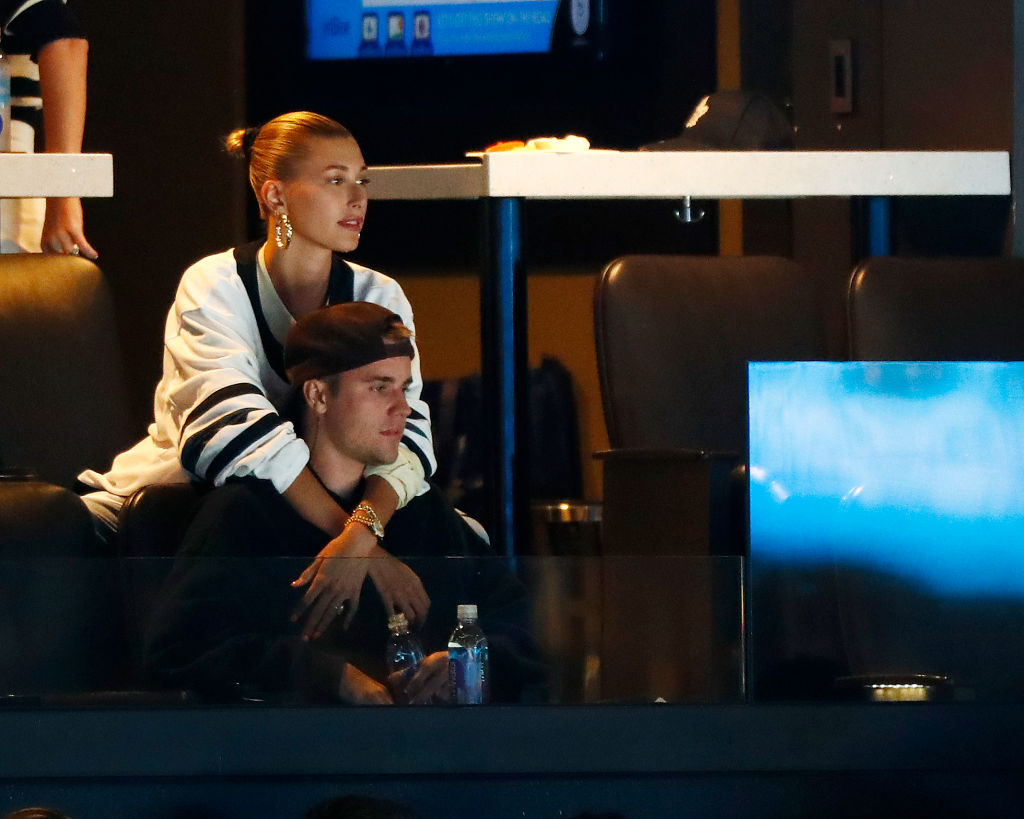 Hailey Baldwin and Justin Bieber are staying busy at their mansion and enjoying their family of two. The model revealed that they're okay with that.

During PaleyFest LA, where they promoted Bieber's latest project "Justin Bieber: Seasons," the 23-year-old blonde beauty opened up about how she and her 26-year-old husband have been spending the quarantine together due to the coronavirus pandemic.

One thing she did reveal, though, is something that they are not doing, saying, "We didn't make any babies, so that's that."

In the past couple of months, Hailey Baldwin and Justin Bieber have been sharing videos on TikTok, killing their time at home.

They have been baking bread, made some unneeded elaborate meals, released a surprise song, and of course, posting videos of them online.

Baldwin revealed why they weren't cooking up some kids during the lockdown, while a lot of celebrities have already gotten pregnant because they spent so much time indoors.

"Honestly, I really do think we've enjoyed this time," she answered, describing how the filming of Bieber's series coincided with the pair trying to figure out their new relationship status as a crew surrounded them.

The Arizona-born influencer went on to say that Justin Bieber was supposed to be on his "Changes" tour. Still, because of the coronavirus pandemic, they have been enjoying their extra time together.

"Even though the quarantine, we're still pretty newly married," Hailey Baldwin said. "We've just been .. getting to know each other deeper."

"We've been having a really fun summer, regardless of everything that's been going on."

The Grammy award-winning popstar chimed in, saying that he was surprised how the lockdown was good for them.

"We have compassion for those who are really struggling, and that hurts us. But for us, we've really been able to create a deeper bond with each other, spending a lot of time with each other and not traveling, but road-tripping."

Hailey added how she thinks they have gotten a lot of things done that they haven't had the time to do before.

Though they miss their families and friends, she revealed that they're okay and are doing good.

Hailey Baldwin and Justin Bieber have been open about their plans to start a family eventually in the next couple of years.

In a Vogue Arabia interview for the December 2018 cover, Baldwin revealed how she couldn't wait for her own kids.

"I would say that now, that's a closer reality, but definitely not anytime soon."

Bieber took to Instagram to greet his wife alongside a sweet picture from their wedding, "Happy birthday, babes!"

"You make me want to be better every day! The way you live your life is so attractive... ps, you turn me on in every way. Next season babies."

Justin Bieber and Hailey Baldwin first tied the knot in September 2018 at a New York courthouse. The following year, they got married again, but this time in front of their family in friends in a fancy South Carolina ceremony.